When Anirudh Ravichander sang ”Chancey Illa, namma Chennai pola vera oore illa”, it wasn’t just an expression of exaggerated love by a Chennaivaasi for his city. The city has a distinctive quaint charm of its own.

Though Chennai is often known for its bond with music, dance and art, the scientific community too has played a significant role in the history of Madras and the reputation it enjoys today.

On the 382th birthday of Madras, we look at what the city has to offer in terms of research and science and how it is home to more than twenty research institutes.

Madras did not just give India celebrated physicists such as Sir C V Raman and Subrahmanyan Chandrasekhar, who had studied in The Presidency College of Madras University. Their stories have surely inspired many children to pursue physics and win the Nobel Prize one day. Usually, it ends here every time we talk of grand achievements of the influential men in science from Madras. 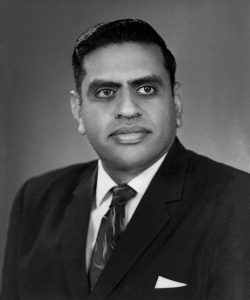 One key physicist from Madras who mostly goes unnoticed by students is Alladi Ramakrishnan, who founded the Institute of Mathematical Sciences in Chennai. He had wanted to create a hub for Theoretical Physics and Mathematics in the then Madras City.

Another alumnus from the University of Madras, he had pursued his research at the Tata Institute of Fundamental Research to work with Homi Bhabha and  went on to the University of Manchester to obtain his PhD. When he was invited to Princeton to the  Institute of Advanced Study, he was inspired to set up a similar institute to involve his students in the vibrant research taking place across the globe. Thus, The Institute of Mathematical Sciences was born.

The lines separating the different subjects of science have only gotten bolder and brighter with time. Interdisciplinary research back in those times too was not uncommon. A primary example being Dr GNR, less referred to as Gopalasamudram Narayanan Ramachandran – a physicist who is known for his exemplary work in biology. He was the man behind the Ramachandran Plot, one of the most central concepts in structural biology, which to this day is being studied by biology majors around the world.

The Central Leather Research Institute (CLRI) played a major role behind Dr GNR’s proposal (who was the first to do so) of the triple-helical model for the structure of collagen. Working at the University of Madras, he had obtained his primary source of collagen from leather, from his neighbours, the CLRI. The work of Dr GNR made European researchers refer to his group as the Madras Group. 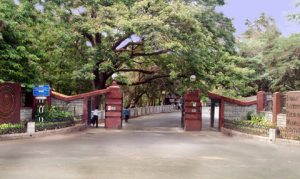 It is not only that Madras is still enjoying the fruits of visionary scientists from the 20th century, but  also, currently, the research scene is robust. For starters, IIT Madras has crossed the 1,000 mark, in the number of patents produced in India and abroad. The event of the century, when gravitational waves were experimentally detected for the first time in 2015, thus proving the 100-year-old Theory of General Relativity of Einstein, scientists from various institutes in Madras had a key role to play.

The Cancer Research Institute in Guindy is the first-ever comprehensive cancer centre in south India, all thanks to the pioneer Dr Krishnamurthy, son of the first woman medical graduate of India – Dr Muthulakshmi Reddy. She first started the institute as a cottage hospital with only two doctors, namely Dr V Shanta and Dr Krishnamurthy. They went on to  develop the institute to what it is today.

The city also plays host to one of the most significant institutes that teach and promote the Indian sciences. This is no ordinary matter despite the younger generation’s obsession with modern science. We cannot just overlook our notable scientific heritage, which still proves to be of much use. The National  Institute of Sidhdha in Tambaram being one such example. 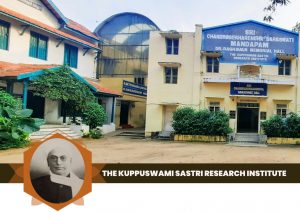 It shouldn’t be surprising to note that, as much as Latin is termed as a scientific language for modern science and mathematics, so was Sanskrit. If we pay enough attention, one can find a lot of derived terms from Sanskrit in modern algebra and geometry. The Kuppuswami Sastri Research Institute located inside the Madras Sanskrit College is a centre for research in Sanskrit literature and Indology.

There is so much more we can bring to light about the remarkable contributions made to science from Madras which continue till date. This Madras Day, let us make it a point to dive into history and learn more about what this charming city has to offer over a nice hot cup  of filter coffee.

The Tamilnadu Science and Technology Centre which hosts the Birla Planetarium is surely a great place to start.

Drive-by shooting injures 2 at funeral at US ...

Performance high on BJPs agenda in TN for 202...