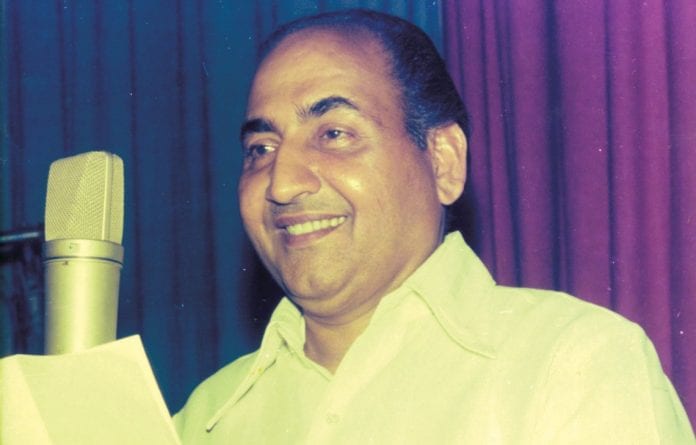 Mohammad Rafi, the legendary playback singer, who regaled music-lovers for over three decades, will soon be getting a public museum in his memory in Kozhikode (also known as Calicut) district in Kerala.

While a private museum in Rafi mansion in Mumbai is being run by his family for a few years and another one by a die-hard Rafi fan Mansoor Ahmad Faarooqui, is functioning in Bhopal, Madhya Pradesh, the upcoming one is probably the first of its kind in the South.

In Kozhikode, which has a large population of Muslims and Gujaratis, the singer continues to have a huge fan base, even almost forty years after his demise.

Talking to The Federal, Hashir Ali, president, Mohammad Rafi Foundation (MRF), says that the museum will be functional in one year.

It will try to cover the vast work of the singer who has sung over 7,000 songs in Hindi, Punjabi, Sindhi, Gujarati, Telugu, Marathi, and Maithili. His work traverses genres Sufi, Hindu devotional, patriotic, peppy, sad, and the romantic.

He says, “It will have his rare photos, rare collection of songs and gramophones, along with a replica of all the awards he has won. We will also put up the entire song collection and details of his works in the museum.”

Also read | Dharmendra: An action star and a soft-hearted gentleman

The museum is an ode to not just his music but also to his generosity. The people of Malabar in Kerala (which includes Kozhikode) who were working in Bombay, were instrumental in establishing the link between Rafi and the city by organising concerts and fund raisers. Ali said, “Rafi Saab had visited Calicut several times during the peak of his career. One of my uncles had arranged a fund-raising show in which he performed. He didn’t charge him a penny and helped build a school and college through the concerts. He was a great singer no doubt, but he was also a great human being.”

Year after year, Kozhikode has been marking the singer’s birth and death anniversaries. This year too, on December 24 (Tuesday), with the city decking up for the 95th birthday celebration, there are at least three programmes being held.

MRF’s show on the beach will have an audience of over 10,000 people, Ali says.

Also read | With Kishore Kumar, we happily yodelled ever after

Nayan J Shah, a music show organizer from Kala, an organization curating shows in Kozhikode, says the assortment of cultures make the city a congenial space for enjoying the rich music of Rafi.

Mohamad Koya or Hydroos Koya, 60, a resident of Kozhikode, as he is popularly known, has in his collection, every song sung by Rafi. In the form of gramophones, the ardent Rafi fan who has been listening to music since he was five years old, is an avid collector.

He says, “I have travelled as far as Coimbatore, Chennai and even Mumbai to get my hands on these items,” he says proudly.

Among his collections of songs by prominent playback singers like Lata Mangeshkar and T.M. Soundararajan, he treasures the songs by Rafi the most. “I have been a big fan of his since the days of Radio Ceylon. Even today, on the occasion of his birthday, I am set to travel to Mumbai to get some more records,” he says.