The highways in Manipur have been an integral part of Amar Maibam’s life for more than a decade. The highways have taught him many a lesson in life. And now, he is telling the highway stories through his camera and its moving images.

His documentary Highways of Life has recently won the best film award in the international competition category at the Liberation DocFest in Bangladesh, competing with some of the best contemporary films from across the globe.

“It’s been a roller coaster ride for me. Finally, I’m happy to get the international recognition. This win will ensure a wider audience for the untold stories of the lives of highway truckers who are the unsung heroes of landlocked Manipur,” Maibam told The Federal.

The filmmaker has spent more than a decade working as a bus conductor. 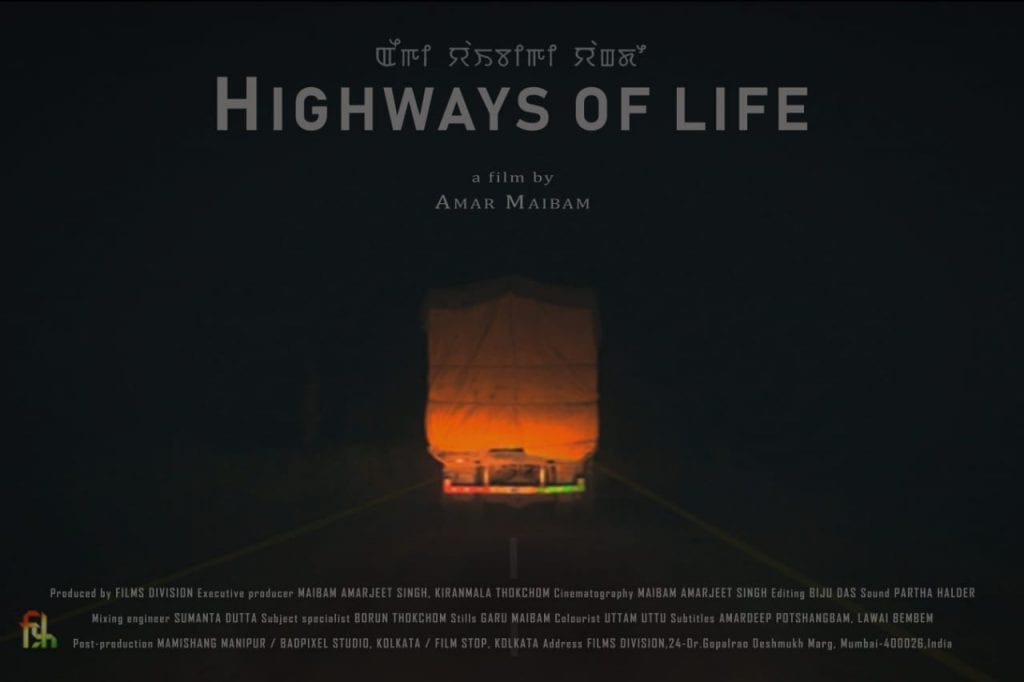 Highways of Life, a 52-minute documentary, produced by the Film Division of India, tracks the journey of a group of truckers as they manoeuvre through perilous highways, risking their lives, ferrying essential commodities to serve the people of Manipur.

Maibam’s experience as a bus conductor inspired him to make the film on highways. He had joined the profession in 1995, right after passing Class X exams to support his family. Though his father MA Singh too was a filmmaker, the family’s poor financial condition forced him to take up this job.

“Life has been the biggest lesson for me. My father was a filmmaker and that’s how I was attracted towards this craft. When I was a kid, he used to give me a tiny still camera and ask me to shoot at the sets. That’s how it all began,” recalled Maibam.

He added, “I was on the highways for almost like 10 years. It was a different and life-changing experience for me. In between, I continued my studies. I used to study during breaks, sitting on the rooftops of buses.”

“That’s how I nurtured my filmmaking skills. Apart from that, I always used to be with my father at the sets. That has been a huge learning experience for me,” he added.

Highways of Life is Maibam’s fourth film and his first international recognition. Prior to this, it has won several awards at Manipur State Film Awards.

He made his directorial documentary debut in 2009 with City of Victims, which was based on the extra-judicial killings in Manipur. His films reflect the realities of life.

“When I was on the highway, the lives of the truck drivers used to strike me. That’s how it all began. I always wanted to tell their story. Finally, it happened and I’m glad that people from across the borders could also relate to the emotions,” Maibam said.

Related news: B Kannan, the Tamil cinematographer who redefined the art of film shooting

Maibam will receive $1,000, a crest and a certificate as part of the award.

Highways of Life, the only selected entry from India, was pitched against seven documentaries from Belgium, Slovenia, Germany, Argentina, UK, Italy and Iran in the international competition section in the five-day virtual festival, streamed here.

The Liberation Docfest, organised by the Liberation War Museum in Dhaka, is a festival dedicated to documentary cinema, seeking to highlight the struggle for liberation and human rights in various parts of the world.