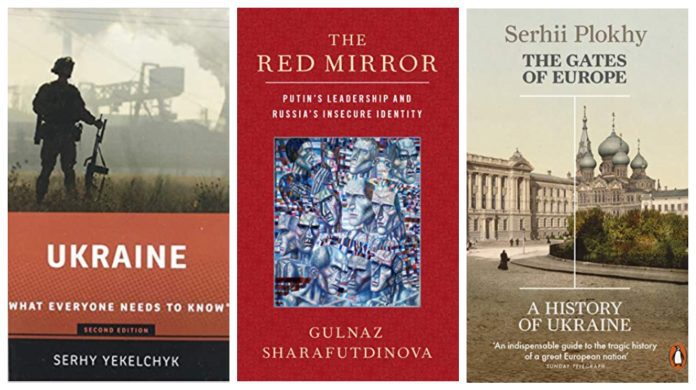 One of the five books is – Ukraine: What Everyone Needs to Know (second edition) by Serhy Yekelchyk.

This slim volume of just over 200 pages is something of a marvel. Written by a world-leading historian of Ukraine, it introduces readers to the history, geography, economy, politics, and contemporary life of the country now suffering from Russia’s invasion.

Also read: How the Soviet-US Cold War played out on the chessboard

Serhy Yekelchyk precisely defines both the commonalities and differences in the histories of Ukraine and Russia, and he also delves into the entanglements between Ukrainian and United States politics. Yekelchyk asks all the right questions and answers them succinctly and precisely.

There is no better book to start reading on the background of the current war. If you have time to read only one book on this topic, this is it.

(The copy was originally published in The Conversation)