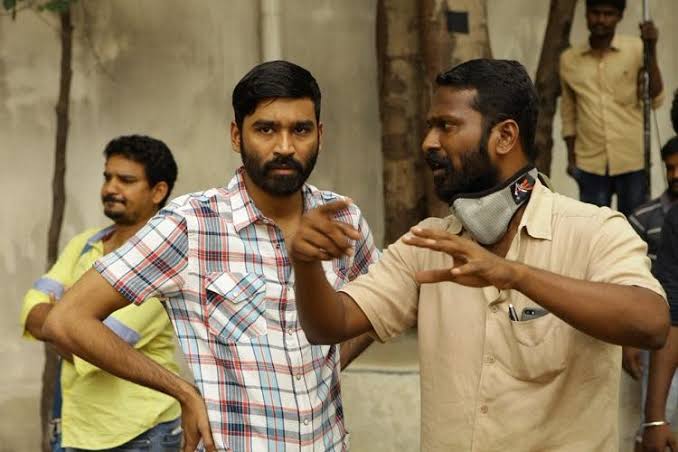 What happens next to the young carrom-player turned criminal, who emerges as a prominent gangster after toppling two feared mobsters in the critically-acclaimed Vada Chennai? Well, we may have to wait for a longer time to know the answer, it seems.

For celebrated director Vetrimaaran is busy writing the script of the ‘prequel’ to his 2018 cult movie, Vada Chennai, rather than the sequel or part 2 of this film. Since this socio-political thriller became a box office hit collecting nearly ₹50 crores worldwide, there has been a lot of speculation around the fate of its sequel since Vada Chennai was meant to be the first of a trilogy.

In an interview to The Federal, Vetrimaaran opened up to admit that Vada Chennai will have a prequel for now and he is currently writing the script. “I am working on a prequel now. The sequel will take some time,” he revealed. He added that the prequel will focus on the life of gangster Rajan, a key character in Vada Chennai, betrayed by his most trusted lieutenants who savagely attack and murder him.

That one incident in fact triggers a chain of events which eventually impact a young, earnest carrom player Anbu (Dhanush) in the area, who is caught up in his dreams of escaping his crime-infested neighbourhood. He wants to become a national level carrom player and bag a safe government job.

Vetrimaaran had stumbled upon the material for Vada Chennai way back in 2003 itself, when he was researching his directorial debut, Polladhavan. But, the director felt Tamil cinema was not ready for this film at that time and finally waited for 15 years to translate the screenplay into a film. According to the award-winning director, Vada Chennai “is by far the most complex film he’s made in terms of writing”. It is not his “personal best” either, Vetrimaaran instead prefers his 2015 award-winning film on cop brutality, Visaranai.

“I like Visaranai as a film better,” he shared. Vada Chennai may have been set in north Chennai ridden by bloody gang wars, but the film has a vast canvas. It does not just trail the life of Anbu, who unintentionally gets drawn into the fight for supremacy between two gang leaders. The lives of different characters, (there are many sub-plots and narratives that boggle the mind sometimes) get entangled and the events, sometimes seemingly inconsequential go on to shape their lives.

This 2 hour 44 minute epic film, which moves between the past and present narrates the stories of other protagonists, including the hapless Rajan (essayed by director Ameer) and Chandra (Andrea Jeremiah), and how their lives and decisions get interwoven to make up this classic sordid tale of betrayal, greed and hubris. There are twists and turns in this mobster saga, which makes it a gripping watch. But for Vetrimaaran, this is not a gangster film at all but rather that the characters are all pawns in a larger political game.

“I don’t look at Vada Chennai as a gangster film at all. It’s about how the decisions made by policy makers influences the common man and how we are all part of a larger political narrative. And, when that goes on for many years, we get to see the impact of wrong and good policy making,” said the director, who is known to regard cinema as “a tool of political proclamation and liberation”.

According to Vetrimaaran, the film has “strong political undertones”, which incidentally is very overt in the film. “It questions all the ruling parties of the time portrayed in the film (which is set in a time-period spanning 1987 to 2003). Their policies and the image projected are opposites,” he said. On the one hand, the ruling Dravidian parties dole out sops portraying themselves as champion of the poor but will have no qualms displacing communities, stripping them of their livelihood for political and material gains.

In Vada Chennai, the smuggler/gangster Rajan, despite his criminal activities, is someone who cares for his people and refuses to allow a politician to uproot the settlements. Similarly, many years later, Anbu stands up to the local politician and the gang leaders, one of whom he owes his life to, because he knows the project they are backing will displace the fishermen’s livelihoods and homes.

The film also taps into the dramatic political events of the time like the death of TN leader, MGR and the assassination of Rajiv Gandhi. Clearly, Vada Chennai streaming on Disney+Hotstar now, is not meant to be another entertaining gangster saga film. However, like his other films, this one too is politically charged and throws light on social issues such as corruption as well.

The prison scenes, which make up the first chapter of the film, show the rampant smuggling, bribery and muscle power present inside these state-owned spaces. And, how the system itself is corrupt from the inside and the officers, constables, doctors, etc., are all hand-in-glove.

What sets this film apart is that it provides an immersive experience, as it deep-dives into this reportedly notorious part of Chennai city. It is realistic and Vetrimaaran attributes the realism to the fact that most of the characters in the film were from “real-life.” The names and places are just changed, he added. Vetrimaaran also can never watch any of his films after he locks the edit, he pointed out.

There were some rumblings in certain quarters against the portrayal of north Chennai-ites as violent and crime-driven. In an article, Vignettes of the real Vada Chennai, M S Santhanam objecting to this image often fostered by Tamil cinema quoted Dr John Fryer, an East India Company surgeon, who had spent some time in Madras in 1673. He had described north Madras as “a spacious suburb of the town proper… strewn with shady gardens of the English merchants who liked to spend their leisure hours in them.”

Later, in 1747, The European Magazine published from London reported that the “streets are wide and many of them well planted with trees, so that having the sea on one side, and a river on the other, it may be said that few cities stand so pleasantly…”. Three centuries later, Santhanam bemoans that north Chennai had become the “grimy and forsaken backyard of a teeming metropolis”.

However, it is north Chennai, which houses the Royapuram railway station built in 1856. It happens to the city’s oldest railway station. While the crowded Robinson Park in north Chennai is where the current ruling party, the DMK, was born in 1949. However, Vetrimaaran did not focus on just showing the ugly, dark side of this part of Chennai, instead, his film is about how the people of north Chennai is battling an unresponsive system even as they aspire for upward mobility and a better life.