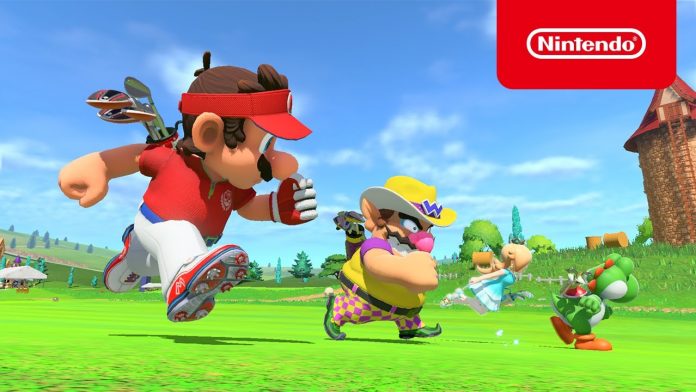 Super Rush is the newest instalment in the Mario Golf series. A look back at the history of the game series and you know it has come a long way. The first game of the series, known as NES Open Tournament Golf (Mario Open Golf in Japan), was released on the Family Computer home video game system (Famicom System) way back in 1987. The Famicom System was remodelled and updated before being released internationally under the name of Nintendo Entertainment System, or NES for short.

The 2021 addition to this series is interesting because for the first time the game includes a golf adventure mode. This mode is the equivalent of a story mode for the game. Despite all the additions, I would say the resemblance to NES Open Tournament Golf is not yet lost.

Looking at the game objectively and having spent a bit of time playing it, my overall impression is quite positive. I have surprised myself by my assessment of the game given the fact that I dislike most video games based on sports. I feel this game does a great job of reminding the player that they are actually still playing a video game that is based on a sport, something that I don’t feel quite as much when I play a majority of video games that are based on sports (games based on motorsports are an exception). I also enjoyed the fact that the golf adventure mode lets me create/craft my own character, even if it is in the style of the Nintendo Amiibo (some people like that aesthetic).

The controls feel fairly intuitive after one gets used to it, though it takes a few minutes. This is my opinion of the button controls, which is what I know I will be using almost all the time. Although I did enjoy the motion controls the few times I gave it a go, it is a nice option to have and reminds me of the playing experience that made the Nintendo Wii from back in the day.

Looking at the other new things this game brings to the Mario golf franchise, one cannot miss speed golf. This is a game mode that is rather new and I could see it being a more exciting game mode for some. Although this game mode is a good attempt to innovate and give players a new experience, it’s not something I see myself playing too often.

Running on a Golf Course is still too weird for me!

I can’t get over the fact that the game has characters running on the golf course, especially on the putting green. This is something I can’t see happening at a real golf course and does serve to remind one that it is a video game, if the cartoony looks did not give it away already. Though to be fair to the game, this is a bit of a personal bias and my only real gripe with this, which is the fact that running could damage the golf course is a non-factor since this is a video game.

Is it that hard to add options for difficulty?

Other than this, the only real point I feel that is to be noted is the fact that the game does not feature any method of changing the difficulty for players. This is a bit of concern in my opinion as it could allow players to get bored of the offline components of the game a bit too fast. To be honest, the offline aspects are actually rather easy once you get used to the controls. Given the fact that in most games today there is always a difficulty setting offered to the player is disappointing. This would hurt a lot less if there were some harder challenges/milestones/achievements to keep me occupied, something that is nearly impossible to achieve. This fact is only made worse by the fact that the number of courses available for players to play on is quite limited.

Is the game worth its cost?

Looking at the game objectively, it’s not a bad option and I feel a lot of players would find it enjoyable. However, if I was asked about how much I would pay for the game I can never agree to the cost of $60 ($59.99 + taxes to be specific). I feel the lack of advanced challenges as well as the limited courses make the game feel incomplete and hopefully there will be an update that can address this issue. One can try to argue that the game offers a unique experience in the form of speed golf and battle golf as well as the aspect of there being the challenge of online play, but these factors are not enough to make up for the shortcomings as far as I am concerned.

Putting aside the few issues I have with the game (given that I do own a copy), I would say it is quite fun to play it with friends/family. As such, if one is okay overpaying, the game is not a bad option. In the future, if an expansion is released for the game that adds more courses or harder challenges for players to overcome, I can see the value proposition of the game becoming a lot more tempting. Given what the game has to offer today I would say it should be priced closer to the $45 mark.