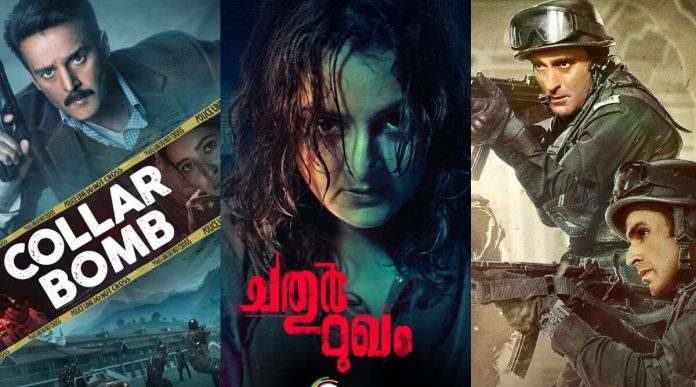 “It’s better not to be a parent…than be a bad parent”, counsels a doctor to a confused young couple in the new Malayalam movie, ‘Sara’S’, currently streaming on Amazon Prime. The 25-year-old wife is on the brink of realising her dream to become a film director (a la Anjali Menon of Malayalam cinema fame, her friend tells her) but she becomes accidentally pregnant.

She is not ready to bury her dreams and have a baby, which as the doctor tells her requires “divine talent” and plenty of preparation and sacrifice. Before the couple leaves the doctor’s clinic, he looks meaningfully at the young wife, Sara Vincent, (played by Malayalam actor, Anna Ben) and advises her that she must become a mother only when she is ready. It’s your body and the decision should be yours, he says. And, Sara, grappling with the expectations of her husband, his family and her parents, seems relieved.

The new Malayalam film, ‘Sara’S’ (the apostrophe to denote that the choice is solely hers) turns the spotlight on a very critical subject – are people emotionally and mentally equipped to become parents? There have been debates on this issue in India on and off, (especially when NRI children are spirited away from their parents by a foreign country’s child protection services for alleged wrongdoing on the part of parents) with experts even suggesting there should be a course or a test which young people should probably take before they embark on the most difficult task of parenting. 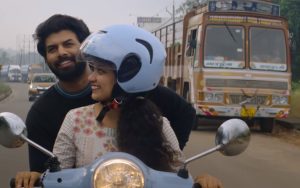 Besides placing this topic on the table, ‘Sara’S’ has a competent actor to play the central character, Anna Ben, who has already received accolades for her roles in ‘Helen’ (the survival thriller, in which she gets locked up in a fridge) and Kappela (a romantic drama). Here, she is convincing enough as a young girl wanting to hold onto to her dream in this light-hearted drama.

Though the film delves into a serious issue, the director, Jude Anthany Joseph (‘Ohm Shanthi Oshana’, ‘Oru Mudhassi Gadha’) treats the film with a light touch and thankfully, it does not dissolve into a teary, high-pitched emotional drama. But, it is this skimming-the-surface treatment that makes this film a little underwhelming as well.

You never get to feel Sara’s passion for cinema or how she battles with this serious dilemma of whether to let go of the baby or not when her husband Jeevan (played by Sunny Wayne) clearly wants to have a child. It’s not enough to have her standing by the balcony looking soulful, while a melodic song plays in the background.

Some scenes mocking Malayalam cinema’s superstars and the tantrums they throw on the sets seem childish. But, the film, ostensibly made during the pandemic, keeps you entertained. The cinematographer has gone to great lengths to frame and light his shots with care, while the music score too fits into the mood of the film.

When Sara first meets Jeevan, to show off his knowledge about cinema and impress a girl who is a film director, he talks about Malayalam cinema’s obsession with thrillers and asks her if she has seen ‘Memoir of a Murderer’.

This is actually a 2017 Korean film, which has an intriguing plot of a serial killer, who has lost his memory and is leading an uneventful quiet life with his daughter. But when his daughter brings home her new boyfriend, he suspects that he could be a serial killer as well. They recognize their kind. Even as his mind plays tricks on him, the father has to save his daughter from this killer. Unfortunately, this film cannot be easily accessed on OTT platforms in India. But not before long, we can expect an Indian version.

On the topic of thrillers, as the novel, Frederick Forsyth’s ‘Day of the Jackal’, celebrates its 50th year, you may want to watch a 1988 Malayalam movie based on the famous film adaption of the book, by Hollywood director Fred Zinneman, with Edward Fox playing the cold professional assassin. 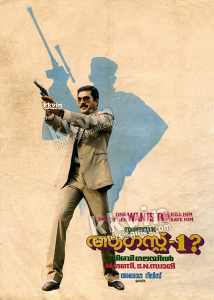 The Malayalam movie ‘August 1?’, helmed by Mammootty, is available on Zee5. It is however a Tamil dubbed version, while the original can be viewed on YouTube.

In ‘August 1?’, an upright chief minister assumes power in the state after a keenly fought election. His opponents hire a psychotic killer to assassinate him and a crime branch officer,  Mammootty, is tipped off. Dressed in natty suits, he races against time to identify the mysterious killer. Directed by Sibi Malayalil, this film is tightly scripted and well-paced for its time. Check it out for a walk down memory lane.

Suicide bombers and their tales of woe

There are more action-packed thrillers on the way, as Jimmy Shergill’s ‘Collar Bomb’ released on Disney+Hostar this weekend. It is a predictable tale in this genre of a cop’s fight to save the lives of innocent school children from a notorious suicide bomber. The cop, played by Jimmy Shergill, has a past that comes back to haunt him, as he tries to solve this case. The suicide bomber makes him commit crimes and possibly has a personal grudge. 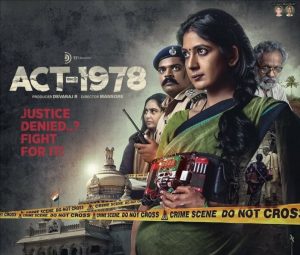 In Kannada film, ‘ACT-1978’, which released in theatres before the second wave and is currently streaming on Amazon Prime, the suicide bomber is not out to take revenge on one person –she has scores to settle with the corrupt, moribund Indian bureaucratic system.

After running from pillar to post without getting the compensation due to her, this pregnant widow (played by Yagna Shetty) straps herself with a bomb and with the help of an old man Sharanappa (Suresha B), walks into a small government office, locks herself up with the staff who had tormented her for so long.

She has a pistol and a police walkie-talkie to communicate with the authorities and is threatening to blow herself up.

While the police and the state machinery try to negotiate with her, she has a strange demand. But, the Karnataka Civil Services Act of 1978, which deals with recruitment and service conditions of civil servants comes in her way. How will the home minister resolve this?

It is not your routine hostage drama. This ₹3-crore small budget film, (the Hindi film rights has already been sold, so expect a Bollywood film remake soon) has been written and directed by well-known Kannada director, Mansore, (of the award-winning Nathicharami fame), who has ostensibly personally endured such ordeals. And, has once narrated the story of how a man in Haveri in north Karnataka, who was made to run around in circles to get his work done in a government office let loose a snake in the office to get back at the staff. If you can’t win them, shake them up!

The movie takes a large swipe at the all-too-familiar inept functioning of government offices. The film has some over the top emotional scenes essentially to evoke sympathy for the protagonist. And, you cringe, when the TV reporter has to urgently visit the toilet but she is being pressurised to give updates on the hostage situation. These scenes are handled a tad crudely but for these elements, ACT-1978, is worth a watch.

As an aside, one of the best hostage films ever made and which probably spawned many films in this genre for decades was Sidney Lumet’s 1975 crime drama film, ‘Dog Day Afternoon,’ about a bank robbery by first-time crooks that goes awry. Al Pacino is brilliant as the frantic, traumatised bank robber who had planned the heist to get money to pay for his lover’s sex reassignment surgery. Somehow, it all goes horribly wrong.

For Marvel Fans out there, Scarlett Johansson starrer ‘Black Widow’ sees Natasha Romanoff on the run after helping Bucky Barnes, and is forced to confront her past. ‘Black Widow’, Malayalam cinema’s first techno horror film helmed by Manju Warrier and Akshaya Khanna’s ‘State of Siege Temple Attack’ on the 2002 terrorist attack on Akshardham temple in Gujarat, drops on OTT this weekend. Directed by Ken Ghosh, ‘State of Siege’ is a follow-up to ‘State of Siege: 26/11’, a min-series that revolved around the 2008 Mumbai attacks. The big release that film-buffs are eagerly waiting for however lands on July 15 – Fahad Faasil’s ‘Malik’.