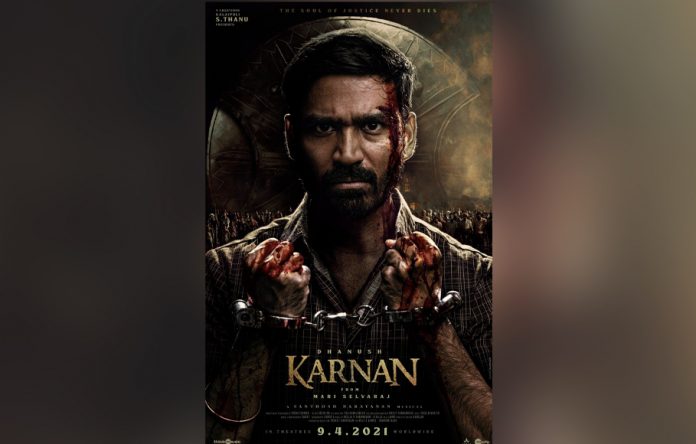 The Tamil film available on Amazon Prime taps into the lives of oppressed residents of a village, who desperately hang on to their dignity.

Korean drama series have a cult-following in India. It is rage among all age groups, and social media teems with Korean drama fan groups. Netflix offers a wide choice of Korean sitcoms, while hard-core fans head to online platform, Viki, which exclusively streams these shows.

One of the first K-classics that hooked Indians was Crash Landing on You, a love story about a South Korean heiress, who accidentally lands up in North Korea in a paragliding accident and ends up falling into the arms of a strait-laced army captain. These sitcoms are not just rom-coms, they revolve around mental health (It’s Okay to Not be Okay), Start-up (a series on people in a fictional Silicon Valley called Sandbox), Strong Woman Do Bong Soon (a woman with superhuman strength is hired by a gaming company CEO to be his bodyguard) and they have more such entertaining slice-of-life plot lines.

If your exposure to Korean films has been just Train to Busan or Parasite, the award-winning film Minari, currently streaming on Netflix, is a good place to start. It has the handsome Steven Yeun, one of the lead actors of the zombie TV series, Walking Dead, and recently, he has done the voice-over for Invincible, the superhero in the American adult animated series (also available on Amazon Prime). Yeun plays an immigrant in Minari, who uproots his family — wife and two kids — and carts them to the back of beyond in rural Arkansas to try his luck in farming, growing Korean vegetables for the around 1 million immigrants from his country living in America.

At one level, it is a story of an immigrant trying to lift himself out of the drudgery of his factory job and strike out as a farmer and get rich. Surprisingly, there are no racist overtones here; it is not that kind of a film. Yeun is in fact helped by an American on his farm, who’s a bit unhinged after fighting in the Korean War in the 1950s. But at another level, Minari is about how the move affects his wife and children, even as Yeun tussles with a harsh, unyielding land.

The movie moves at a slow, lyrical pace punctuated with brilliant, snappy interactions between Yeun’s little son and his wacky, unorthodox grandmother. She plants the seeds of the Minari plant water celery from Korea, near their countryside house on wheels and to Yeun’s surprise, the plant blossoms on American soil – which is used as a symbol to show how immigrants uproot themselves and manage to live in the worst conditions. The grandmother played by Korean actress Yuon Yuh-Jung, incidentally picked up an Oscar as Best Supporting Actress for her role in this film. And, Indians can go misty-eyed over watching Yeun driving a Mahindra & Mahindra tractor to plough his land.

Also read: Bingeing on OTT: Oscar films, crime and family drama this May

Korean films are under the radar of our Indian filmmakers as well. It is not just Bollywood which goes hammer and tongs remaking, adapting and being ‘inspired’ by Korean films. Oh Baby, a Telugu film with Samantha Akkineni, is an official remake of a South Korean film, Miss Granny, while Nagarjuna’s Pilla Zamindar was based on a romantic Korean hit, A Millionaire’s First Love. Interestingly, Salman Khan’s Bharat was an adaptation of a 2014 film, Ode to my Father, which was reportedly the fourth-highest grosser in the history of Korean cinema.

His latest dud, Radhe, available on Zee5’s pay-per-view platform (after Khan made peace with abandoned theatre owners that he had no option left but to premier the film digitally as well), is also inspired by the 2017 action thriller with blood-curdling violence, The Outlaws. The Korean film is a gripping, fast-paced tale of a tenacious detective, who struggles to stop a turf war between vicious gangsters in Seoul. While in Radhe, Khan bhai’s hackneyed swaggering cop routine (yawn) falls flat. It is sad he refuses to move on from director Prabhudeva, who has run out of ideas to even choreograph yet another innovative pelvic thrust. It may be a good idea to check out the original, The Outlaws, which was a huge success at the box-office.

Mari Selvaraj’s Karnan makes up for this flop Bollywood fare on OTT this weekend. This Tamil film available on Amazon Prime taps into the lives of hapless, oppressed residents of a village, who desperately hang on to their dignity, as they are constantly humiliated. Taunts and troubles come from neighbouring village that bullies them because they don’t have a bus stop and from a casteist arrogant cop, who cannot stomach that they stand tall and look him in the eye. Unlike Perumal, Selvaraj’s earlier gentle, passive hero, Karnan (played effectively by Dhanush) is angry, reactive, beats up people at the slightest provocation and is quick to brandish his sword. Clearly, Selvaraj feels violence is sometimes the answer to shut down oppression.

Despite reservations about the ending, the film which had set the cash registers ringing in the box office and picked up good reviews when it released in theatres for a brief while before the second wave, scores on many fronts. The music by Santhosh Narayanan is haunting; Selvaraj’s piquant use of dog, cat, donkey in his frames, his handling of children, and how he masterfully sets up a storyline based on helplessness and delves into the lives of each key village character, making you feel their anguish and frustration are riveting.

Selvaraj, who hails from a village in Thoothukudi district, has once said he is concerned about how uneducated villagers are manipulated by the system, which is uncaring about fulfilling their basic needs. In Karnan, it is access to transport. This feeling of extreme vulnerability in the face of a callous administration, which is not willing to lend an ear to their plight resonates and hits home.

Rajisha Vijayan, the talented actress from the Malayalam film industry, passionately pours all her energy into her short role as Dhanush’s love in the film. One of Rajisha’s earlier films, June is currently on Disney+Hotstar. Here, she plays a vivacious teenager who battles with her insecurities and her adolescent crushes before she emerges as a confident person. Selvaraj liked her spontaneous acting in this coming-of-age film and cast her opposite Dhanush.

Malayalam film Nayatu, a socio-political thriller on law officers who hunt and end up getting hunted, is picking up good reviews. It landed on Netflix this week, check it out to savour more of good Malayalam cinema. For another nail-biting thriller, there’s Woman in the Window, an adaptation of the debut novel by A J Finn, which was on the top 10 New York bestseller list when it came out in 2018. If you have read the book, the twist at the end may not be a big shocker, but the film has not got good reviews. It is, however, packed with A-listers like Julianna Moore, Gary Oldman, Jennifer Jason Leigh with Amy Adams playing the agoraphobic doctor, who witnesses a murder, which nobody is willing to believe happened.

Documentaries are also picking up traction on OTT platforms, especially during lockdowns. There’s plenty on wildlife to choose from, one on the notorious Ma Sheela, and this week, Alma Matters (Season 1), a candid look at the competitive life in IITs and how it impacts students ill-equipped to handle the stress, opened on Netflix. This is meant to drive home disturbing truths about studying in this hallowed institution.

Another disturbing docu is the expose series on millionaire financier Jeffrey Epstein, titled Jeffrey Epstein: The Filthy Rich streaming on Netflix. It has been on the platform since last year but there’s curiosity around this convicted sex offender who finally committed suicide in prison, after his name was linked with the high-profile Bill and Melinda Gates divorce.

According to a report in The Wall Street Journal, Melinda Gates, who was in talks with her divorce lawyers since 2019, was reportedly concerned about Bill Gates’ dealings with Epstein.

There is no reference to Gates in the documentary, made by American crime novelist James Patterson, who’s also written a book on the sordid saga. The documentary focuses on Epstein’s millionaire lifestyle, how he made his millions, and how he managed to attract many rich and powerful men. What The WSJ report highlighted was that Gates became friendly with Epstein in 2011, after he was jailed for the first time for being a sex offender.

The documentary interviews many victims, who he had molested and raped when they were teenagers, some when they were as young as 14 years. For more such scandals in America, check out Allen Vs Farrow on HBO as well.