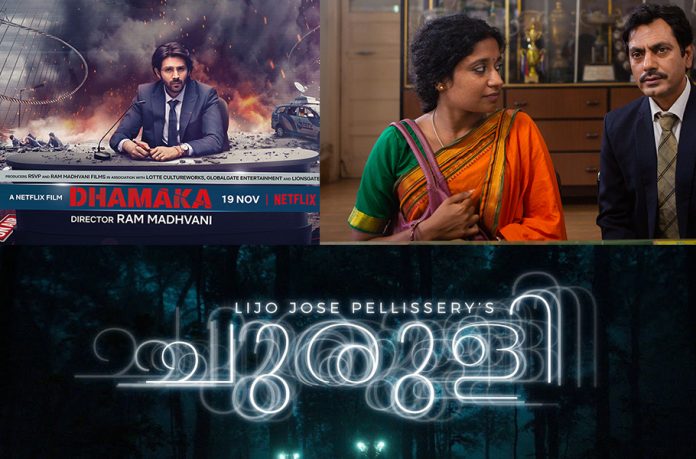 In David Fincher’s biographical Oscar-winning drama ‘Social Network’, which tells the real-life story of a surly computer science Harvard undergraduate who goes on to accidentally create a multi-billion dollar social media firm, the protagonist is certainly not a likeable person (played with effortless aplomb by Jesse Eisenberg).

He comes across as a spiteful, techie wiz who blogs mean things about his girlfriend who dumps him, and in a fit of childish rage starts Facemash, a misogynistic site that invites boys to rate campus girls against each other. He has no qualms in ousting the only friend he had in college out of his company, Facebook, they had created together and which had turned him into an accidental billionaire. The 2010 film, streaming on Netflix, is engaging even today, because of its snappy, edgy screenplay, even as it gives an insight into the elite Harvard fraternity world and how the tech company, that is keeping authorities around the world on edge today, came into existence.

But the point here is how Eisenberg shows the CEO of Facebook, Mark Zuckerberg (in his 20s then) as this unlikable guy, who “tries hard to be an asshole”. At the end of the film, Zuckerberg is sitting by himself trying to befriend an old girlfriend on Facebook. He keeps refreshing the page but she still has not accepted his friend request. That’s how lonely it can get but Zuckerberg seems not to care.

In ‘Dhamaka’, Bollywood’s big release this weekend on Netflix, the hero has lost himself in his quest for success but the film ostensibly taps into the question: how far are you willing to let go of your conscience to stay at the top? ‘Kya Khoya Kya paya?’ (what you lose and what you get?). This is what the film’s central character Arjun grapples with, says the director Ram Madhvani in media interactions about the film.

Also read: Dulquer aces as Kurup, but the film as elusive as its protagonist

Arjun (played by the earnest, hardworking actor Kartik Aryan, who reminds one of Akshay Kumar in his early days), is an ambitious TV news anchor, who is getting a chance of a lifetime to make a comeback in his career. But he has to turn off the what-is-the-right-thing-to-do side of himself to win back his former glory on TV. What are the depths the ‘fallen hero’ will go and what will he lose and gain in his desperate attempts to claw back to relevance? That in short is the essence of ‘Dhamaka’.

It is not so much the plot, which anyway has been taken from a Korean film,’The Terror Live’ (2013), the film is more concentrated on the metamorphosis, the ‘dhamaka’ that happens in the life of the character, says the director. Incidentally, this Korean film is also streaming on the same platform, and Indians, who are big fans of K-dramas, may just be tempted to watch the original.

But director Ram Madhvani has made watchable films before like ‘Neerja’, (based on the real story of the courageous air-hostess who sacrifices her life in the terrorist hijacking of a  PanAm flight); a slick web series ‘Aarya’, which was the vehicle for Sushmitha Sen’s comeback besides others. ‘Dhamaka’ may be worth a watch, the trailer shows a news anchor, running after the exclusive of his lifetime when he gets a phone call from a terrorist threatening to bomb a bridge.

He initially dismisses the call, considering it a prank, but soon realises the gravity of the situation when the terrorist blows up a part of the bridge. The ambitious journalist decides to play this opportunity as a career comeback by interviewing him. But the latter threatens to blast the rest of the bridge – from which Arjun’s wife is reporting live – unless a minister apologises to him.

The entire film was ostensibly shot within 10 days in a bio-bubble set at Mumbai’s Renaissance Hotel. The crew stayed put within the premises for that time with no outsiders allowed. The film, also stars Mrunal Thakur, recently seen in Farhan Akhtar’s (‘Toofaan’, ‘Batla House’, ‘Jersey’) and Amruta Subhash (who was in Anurag Kashyap’s satire on demonetisation, ‘Choked’) in critical roles.

What Serious Men can do

Sacrificing the good in you at the altar of success and money seems to be the flavour this week. Check out Sudhir Mishra’s ‘Serious Men’, streaming on Netflix, starring Nawazuddin Siddique. It is again about an ambitious man, who desperately wants his child to succeed and devises a crafty plan to use his son’s “potential” to benefit the entire family. He plays Ayyan Mani, a middle-class Tamil Dalit living in Mumbai’s slums with his wife and son yearning for a better life. He is willing to be amoral to get what he wants. There are three things going for ‘Serious Men’.

One that it is based on journalist and author Manu Joseph’s début novel, secondly, it is directed by the celebrated Sudhir Mishra, who has made some brilliant movies from ‘Jaane Bhi do Yaaron’ to ‘Hazaaron Khwaishein Aisi’. Moreover, Siddiqui has been nominated in the best actor category for the International Emmy Awards (the awards are slated to be held on November 22 in New York city). In 2020, it was ‘Delhi Crime’, a brilliantly done web series on police investigations into the Nirbhaya gang-rape case in the capital, brought home India’s first-ever International Emmy win for the Best Drama Series in the 48th International Emmy awards.

Here comes a horror film of a different kind

Lijo Jose Pillesery is an exciting young director and “Churuli’, his new sci-fi horror film, which features Chemban Vinod Jose, Vinay Forrt, Joju George and Jaffer Idukki in the lead, looks highly promising. “A few people who go in search of a man named Mayiladuparambil Joy, get trapped in a terrifying time loop in this sci-fi/horror tale of insanity, fear and ‘aliens’,” tweeted SonyLIV, ahead of its release this weekend on its platform.

Manorama Online, which has praised the film, said in its review that ‘Churuli’ will throw you into a perpetual spiral. “Walk into Lijo’s ‘Churuli’ baring your values, and if that is a problem then at least be ready to embrace the darkness that resides in the centre of your light,” said the review. The plot revolves around two Kerala police officers Anthony (Chemban Vinod Jose) and Shahjivan (Vinay Forrt), who dare to step into the Churuli forest in search of a wanted criminal.

Pellissery, who is part of the new wave in Kerala cinema, began his career as a director with the 2010 release ‘Nayakan’, and grabbed eyeballs in 2013 for his third directorial ‘Amen’. Featuring Fahadh Faasil, Swathi Reddy and Indrajith Sukumaran in lead roles, ‘Amen’, a satire was centred around events that happen in a picturesque village following the arrival of a young pastor. His 2017 ‘Aangamaly Diaries’, a coming-of-age film, emerged as a blockbuster at the box office, while his 2019 release ‘Jallikattu’, an innovative approach on the subject of the ‘beast’ inside men, stirred up conversations and was India’s Oscar entry in 2020. The film won the state award for best director and National Award for Best cinematography (Girish Gangadharan).

Meanwhile, ‘Churuli’ is Pellissery’s second collaboration with writer S Hareesh, who wrote the screenplay for ‘Jallikattu’. The film has already been screened at various film festivals, including the Tokyo International Film Festival and the International Film Festival of Kerala. Interestingly, Pillesery has also announced his next ‘Nanpakal Nerath Mayakkam’ with none other than Malayalam cinema’s superstar Mammootty.