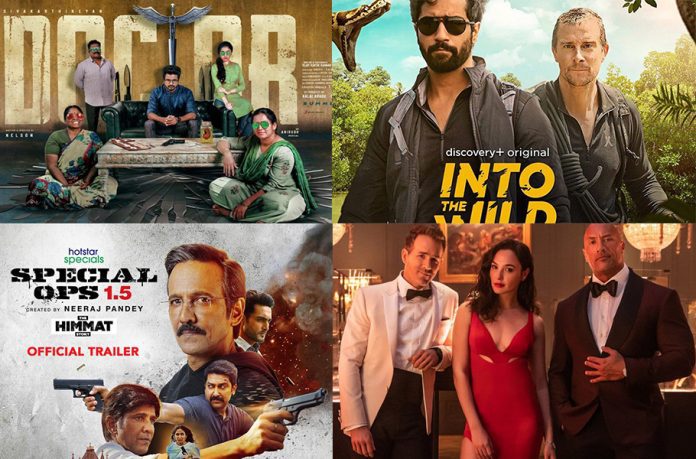 There’s nothing in Nelson Dilipkumar’s film ‘Doctor’, currently streaming on Netflix, that is remotely normal. It’s just one crazy, frenetic ride that coasts along leaving the befuddled viewer gobsmacked, chuckling with delight and completely entertained. Very quickly, the director establishes that this is not a linear film at all with a straightforward plot. There’s no scope for any character to be defined or built up, or any deeply nuanced story to be narrated.

The director, like in his 2018 Nayanthara starrer ‘Kolamavu Kokila’, makes his characters move in a different realm altogether. Their actions seem bizarre but their intent is deadly serious. Starting with the super clever doctor (played by Sivakarthikeyan), who never lets his emotions hang out in any way, and his vain former fiancée (Priyanka Mohan), to her family members and their helper (a delightful deadpan Deepa Shankar) – they behave strangely but they are willing to go to any lengths to get back a kidnapped child.

On the way, they rope in a petty kidnapper (Yogi Babu) and a police informer(Redin Kingsley). Of course, Yogi Babu is coerced to help them with the threat that one of his kidneys has been removed and it will only be replaced if he has any bright ideas to break into a massive human trafficking ring.

They head to Goa where this human trafficking gang leader (a suave Vinay Rai) is based and where he keeps all the young girls in a dungeon. This motley gang seems an unlikely bunch to take on the might of a big gang, but they have the ‘Doctor’, who is always one step ahead of his enemies. How they outwit the gang and bring back a bunch of kidnapped girls forms the rest of the story. It’s surreal and sometimes over the top.

But you don’t blink to see a moustachioed informer dressed up as a schoolgirl, or a manic fight sequence inside a train with the roadies duo Raghu Ram and Rajiv Lakshman, or when a thumb is sliced off. Whatever for, you wonder? People are tied up to pillars ready to be burnt, and Yogi Babu is nailed to a crucifix. This is a comedy and it has to end well, but wait, the Doctor, reveals he is human after all. One girl has been left behind in the kidnapper’s den. He wants to go back to fetch her. that is a nice heroic touch.

It’s difficult to pin down this film helmed by actor Sivakarthikeyan, who pulls off this unemotional, super brainy doctor act well. All the actors are admirable in their roles in this caper, even if Redin Kingsley comes across as screechy. Maybe, that is part of the plan. The magical, musical score by Aniruddh adds to the charm. It’s a sharply edited film and moves fast.

This black comedy is doing extremely well in cinema theatres and has already netted ₹70 crores in box office earnings in one month only in Tamil Nadu. It is a highly recommended weekend watch. Interestingly, audiences seem to want to watch light-hearted films in COVID times on OTT – many off-beat shows became popular like the 2020 award-winning ‘Schitt’s Creek’, (about a super rich family who suddenly go bankrupt and the only remaining asset they have is an ugly small town named Schitt’s Creek); or even ‘Call My Agent’, the French comedy drama series on celebrity agents or even ‘Emily in Paris’, about a Chicago marketing executive Emily Cooper, who is hired to provide an American perspective at a marketing firm in Paris. There was nothing extraordinary about these shows but they struck a ‘happy’ chord in OTT viewers fed on a steady diet of thrillers and  horror films.

Also read: OTT: A mad ride inside showbiz world & a demonic dybbuk on the loose

It is a fact OTT has created a level playing field. And, talented actor Kay Kay Menon, who had always remained on the sidelines of Bollywood, believes the “remote” is in the hands of the audience today, and not the exhibitor or the distributor. A film’s release is no longer dependent on an exhibitor or a distributor who decides its fate. So, everybody gets to play on the same field, and if the content is good, it will succeed, reasons Menon.

Not only was he seen and appreciated in the hyped-up Netflix anthology ‘Ray’, Menon also did a series called ‘Special Ops’ in 2020, which picked up a fan following. He played RAW agent Himmat Singh, who is tasked with the job of tracking down the brains behind the 2001 Parliamentt attacks. A spin-off of this highly popular series, ‘Special Ops 1.5’ releases on November 12 on Disney+Hotstar. This is more a personal journey into the life of Himmat Singh, and his initial days as a RAW agent and how he went on to become the agency’s best.

Besides Menon, the show also stars Aftab Shivdasani, Adil Khan, Vinay Pathak and Parmeet Sethi. The director of the Special Ops series is Neeraj Pandey, who is a master when it comes to thriller movies having done ‘A Wednesday’, ‘Aiyaary’, Akshay Kumar’s heist film ‘Special 26’ etc. It may be wise to check out ‘Spepcial Ops’ first before you venture into this prequel.

Another espionage drama that lands today (November 12) on Netflix is Hollywood’s ‘Red Notice’. But this is also packed with humour, as an Interpol-issued Red Notice, which is the highest level of arrest warrants, forces FBI’s high-profile agent, John Hartley (Dwayne Johnson), to team up with the world’s second most-wanted art thief, Nolan Booth (Ryan Reynolds), as they hunt down the world’s most-wanted art criminal, The Bishop (Gal Gadot). They are all chasing after the ancient Cleopatra’s ‘bejewelled eggs’, which costs a fortune.

Hartley soon finds himself entangled in an elaborate heist that takes him on a globetrotting adventure featuring secret prisons and lush jungles as he struggles to complete his toughest assignment to date. The action-comedy will see the Deadpool actor, who is supposed to be at his comic best in this film and the Wonder Woman actress, join hands with the FBI’s top profiler.

‘Red Notice’ is a good old-fashioned, globetrotting, swashbuckling adventure that is part buddy-cop movie, part heist flick, and part Indiana Jones-style adventure, says a review on First Post. While Hindu calls it a “formula followed right”. Though foreign reviews are not flattering calling it “boring” and predictable, Indian reviewers have called the film, ‘fun, in an undemanding way’. 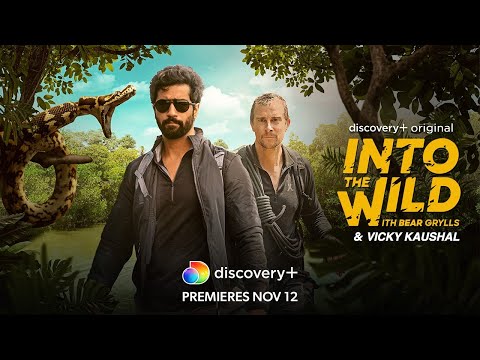 Superstars Rajinikanth, Akshay Kumar and Ajay Devgn have appeared alongside ace adventurer Bear Grylls on his adventure show ‘Into the Wild with Bear Grylls’. Now, it is the turn of the ‘Sardar Udham’ star Vicky Kaushal, who is set to appear on an episode of Discovery’s adventure show, which is scheduled to premiere on Friday.

In the trailer, the actor is seen eating raw crab meat and overcoming hydrophobia. The most exciting sequence of the trailer is the last few seconds in which we see Vicky’s encounter with a shark. Vicky Kaushal says in a statement that this journey also marks an incredibly significant chapter in his life, as he was able to overcome and conquer one of his many fears like swimming in the vast ocean. “The thought of being in the middle of an ocean and not having a floor beneath you is not easy, but Bear’s constant motivation and determination has helped me rise out of this triumphantly,” he says. He ploughs through some of the most hostile mangrove swamps on earth, and faces the open ocean swimming with sharks in the water.

Congratulations pour in for Team India as the...