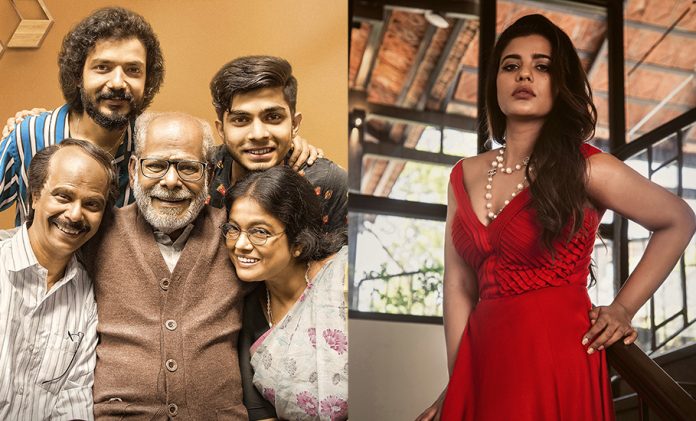 A simple, feel-good family tale told in a straight-forward manner without any dramatic turns. There are no dark or twisted characters here but people struggling with commonplace issues like mastering technology on a daily basis or how to coast along with your tech-savvy children to forge a meaninful connection.

That’s Malayalam movie, ‘Home’, which started streaming on Amazon Prime and is being widely appreciated by critics.

It is refreshing in these times to just unwind with “relatable” characters, soak in some homespun wisdom and get a lesson on opening our hearts and minds to listen to people around us in our own homes.

The film is about a humble, technology-challenged father (played brilliantly by veteran actor Indrans) who goes by the name of Oliver Twist (there is a backstory for this moniker!). He lives with his father (Kainakary Thankaraj), wife Kuttiyamma (Manju Pillai) and son Charles (Naslen), who is a vlogger, in Thiruvanthapuram. 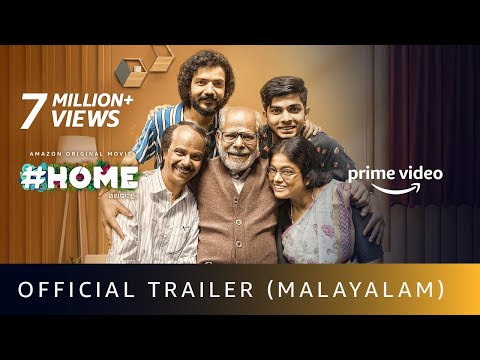 Oliver Twist wants more from his sons who are immersed in their phones and social media. He yearns to bond with them, to be their best friend and to be part of their world. So, he decides to get a smartphone to get their attention and makes a slight ephemeral connection. But, he doesn’t get the respect and admiration he wants, his son Anthony(played by Sreenath Basil) prefers to look up at his fiancee’s father, who is an achiever.

Oliver turns to a psychologist to make necessary changes in his life but as it turns out, he is more modern than his sons think he is.

‘Home’ is a contemporary take on a relatable issue that families deal with. The film has been raised a couple of notches higher by Indrans’ understated acting with his minimalist gestures and expressions. Critics have hailed it as a heart-warming, positive tale of relationships, which is looking for compromises not confrontation.

Indrans it seems could completely relate to Oliver’s character. He said in a statement, “Just like him, I am not comfortable with technology and social media in real life. What really appealed to me about ‘Home’ is that it highlights the generation gap between parents and their children.”

For actor Sreenath Bhasi, who was also a delight to watch in the film, ‘Home’ is much more than a movie about generation gap and the technology challenges parents face. “It makes you question the importance and attention we give to our relationships…My character is like any of those thousands of millennials who are totally engrossed and lost in the chaos of a modern-day, social media and tech-savvy world,” he added.

‘Home’ navigates through an emotional and heart-warming story of a father-son duo who juggle to adjust between each other’s lifestyle and find a common ground. Kudos to Rojin Thomas, the director famous for ‘Philips and the Monkey Pen’ and Jo and the Boy’—for making this uncomplicated film. Not like one of the recent Malayalam films that left you bewildered watching two people endlessly bash each other up.

Aishwarya Rajesh: the flavour of OTT

This Tamil film produced by Karthik Subbaraj has Aishwarya Rajesh in the lead. It is billed as an “eco-horror” movie and comes on the heels of her other crime thriller, ‘Thittam Irandu’, which landed on Sony Liv last week.

Netflix south has been tweeting about this film on its Twitter handle. But, interestingly, the film will not land on the weekend but a day after its television premier on television. Akshay Kumar’s ‘Bell Bottom’ too went for a theatrical release and has picked up rave reviews ignoring OTT for the time being. Is this the beginning of OTT losing its lustre?

‘Boomika’ will start streaming on Netflix at the beginning of the week on a Monday (August 23). The trailer suggests that the film is about the fury nature unleashes when she loses her patience and begins to punish humans for every action that hurts the environment. ‘Boomika’ is written by Rathindran R Prasad, who made the short ‘Inmai’ with Parvathy and Siddharth in ‘Navarasa’.

Meanwhile, Netflix south is also promoting Mani Ratnam’s ‘Ok Kadhal Kanmani’ and his cult film, ‘Bombay’. You can check it out for Ratnam’s special brand of paying a magical ode to love.

An English film in the action thriller genre is ‘Sweet Girl’, which also starts streaming on Netflix on August 20. Jason Momoa plays a grieving father seeking revenge for his wife’s death. As he hunts the people he believes responsible for her demise, he must protect his daughter, Rachel. The thriller is directed by Brian Mendoza.