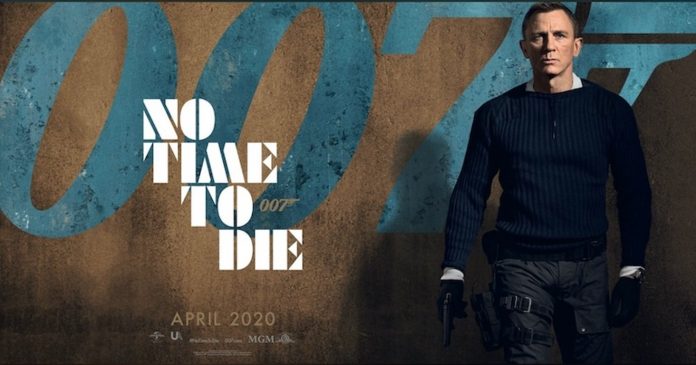 'No Time to Die' has grossed more than Vin Diesel's 'Fast and Furious 9' in the overseas market. It makes the film the biggest overseas earner in Hollywood during the pandemic

Daniel Craig’s swan song as British agent 007, ‘No Time to Die’, has earned big at the box-office in the pandemic, crossing the $700 million mark. Directed by Cary Joji Fukunaga, (‘True Detective’, ‘Jane Eyre’), this James Bond outing, which sees the MI6 agent on a frenetic chase to recover “an engineered DNA”, which could cause havoc in the world, has earned $708 million.

It is only the second Hollywood film after Vin Diesel’s ‘Fast & Furious 9′ (F9) to achieve this record, said media reports. Only three films have earned more than ‘No Time to Die’ this year. That is ‘F9: The Fast Saga’, which had made $721 million, ‘Hi, Mom’, a Chinese comedy film, which had netted $822 million at the box office, and ‘The Battle at Lake Changjin’, which is the top-most grosser of 2021 at $874 million. The movie, set against the bloody 1950-53 Korean War, shows how China holds off US troops, against all odds in one of the pivotal battles of the Korean War.

However, the James Bond film has grossed more than F9, if just the overseas (outside north America) earnings are taken into account, making ‘No Time to Die’ the biggest overseas earner in Hollywood during the pandemic, said an Indian Express report. In around 74 markets around the world, the film made a $28.6 million as weekend box office earnings. In Australia, where it made its debut this weekend, the film earned $8.2 million.

Marvel’s ‘Eternals’ and sci-fi film, ‘Dune’, which released later, are also picking up robust earnings at the box-office.

Also read: Daniel Craig gets emotional as he bids adieu to James Bond

The 25th James Bond film, ‘No Time to Die’, made on a hefty budget of $250 million, centres around time, death, past and future. It also marks the end of the Daniel Craig era, which many feel will leave a void in the most popular franchise in the world. The actor set a very high standard, turning Bond into a complex, emotional human being, which his successor may find a tough act to follow. The film, which had four screenwriters – Neal Purvis, Robert Wade, Phoebe Waller-Bridge, and the director himself, Fukunaga, however received mixed reactions from critics.

A review in Indian Express said it was “much too long, much too convoluted, and much too un-Bond like”. However, the reviewer could not resist waxing eloquent on Craig – on not so much his “body, which is nicely decked out variously from brief briefs to tight tuxedos”, thank you. “But she admired his eyes that burn into you, it has lines that evoke its pain, it has a smile that warms your heart, it has a twinkle that few can resist, and it has tears that flow down easily,” said the review.

In a nutshell, it isn’t the best Bond movie in Craig’s era, but it was a fitting farewell.