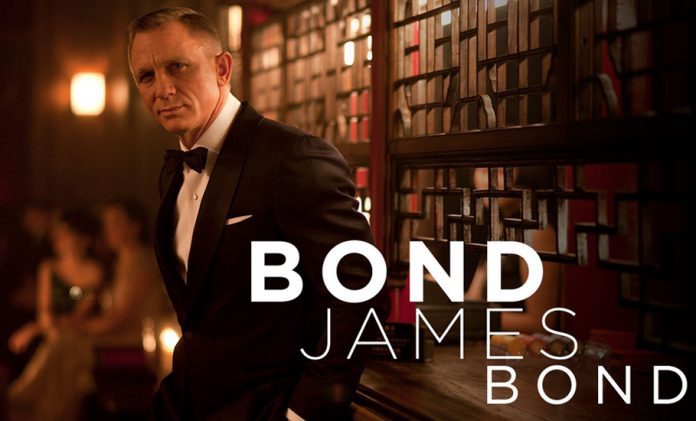 On the eve of the release of 'No Time to Die', his swan song as James Bond, Craig got emotional and said playing Bond had changed his life. Pic: Twitter@DanielCraigOO7

British actor Daniel Craig, who had played the legendary, suave MI6 spy in five films, has hung up his Bond tuxedo and bid adieu to his role as the lead actor of cinema’s most celebrated franchise.

Craig, who had always quibbled about playing Bond since he was worried of being typecast, had memorably told a journalist that he would rather “slash his wrists” than play Bond again after his 2015 Bond film, ‘Spectre’. All he had wanted to do was not think about doing another Bond film and move on. And, that if he did another Bond movie, it would only be for the money.

Six years later, on the eve of the release of his fifth Bond film, ‘No time to die’ in India on September 30, Bond admitted to Reuters in an interview, “I didn’t think that I was going to do another movie after ‘Spectre’. I genuinely thought that I was going to … just pack it in.”

But the actor however added that he was so happy that he got the chance to do ‘No Time to Die’. Further, Craig pointed out, “And we tied up lots of loose ends. We’ve tried to tell one story with all my Bond movies. It’s like they’re all connected in some way and this one just sort of capped it off.”

A earlier video of Craig saying an emotional goodbye to the cast and crew of ‘No Time to Die,’ had gone viral.

Celluloid’s all-time favourite spy, who is famous for his fast cars, cool gadgets, and love for beautiful women, returns in this 25th Bond movie. This movie was supposed to have released on April 2020 and postponed thrice due to the COVID-19 pandemic. Finally, the film hits theatre screens in India this week and is slated to have its world premiere in the UK on Tuesday (September 28).

This Bond film has been produced at the cost of an estimated $200 million. 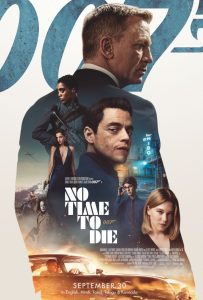 In ‘No Time To Die’, Bond emerges out of retirement from an idyllic life in Jamaica to help track down a new villain armed with lethal technology. The film which is nearly three hours long promises high-octane action with the customary car chases and precarious stunts in picturesque locations such as the cave dwellings of the southern Italian city of Matera, said media reports.

Also read: Railways said no to Bond movie Skyfall being shot in India. Here’s why

“I enjoyed them all … They’re always a bit of a struggle but anything worthwhile is always a bit of a struggle so this was a joy to make,” Craig told Reuters. And he had added that he is “massively grateful” to have been given the chance to do it. “All the memories and the amazing times … working with just fantastic, amazing people…it’s changed my life. It’s just amazing,” he said emotionally, quite forgetting all the angst he had displayed earlier over playing Bond.

Craig was initially seen as a somewhat risky choice for Bond before his debut in ‘Casino Royale’ in 2006 since some people thought he was not just debonair enough. Moreover, he was too blond. But his grittier, more brutal take on Bond turned out to be a winner for the franchise, as the 2012 ‘Skyfall’, Craig’s third film, reportedly proved to be the highest-grossing Bond of all time.

Though, Craig was one of the most successful Bonds (his four films have amassed more than 800 million dollars in box office collections worldwide), the actor was wary about the impact of playing Bond on his acting career in the long run. Many actors who had played Bond had seen their career dip post their retirement from the spy franchise.

For example, his Bond predecessor, Pierce Brosnan’s career took a nosedive after he stopped playing Bond, said media reports. His first post-Bond film, ‘Laws of Attraction’ (2004) was a box office flop. In the same year, Brosnan starred in ‘After the Sunset’ alongside Salma Hayek and Woody Harrelson but the film pulled in negative reviews.

Brosnan’s next film was 2005’s The Matador, which also failed to make its mark at the box-office though his performance was appreciated by critics. Since then, he has bagged supporting roles, like the one in the ABBA musical with Meryl Streep, ‘Mamma Mia!‘

Like Craig, the late Sean Connery too hated playing Bond. He was once quoted in The Guardian as saying, “I have always hated that damned James Bond, I’d like to kill him’.