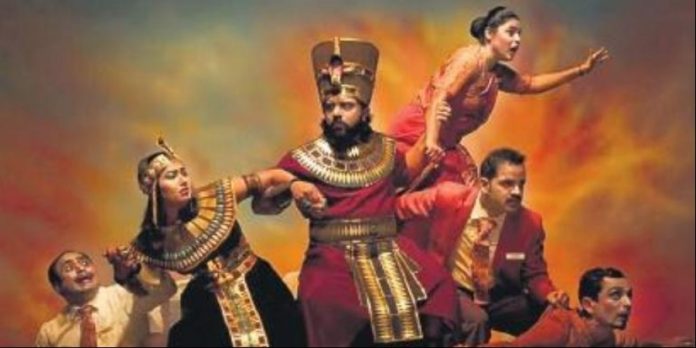 The teaser of the Nivin Pauly-starrer ‘Kanakam Kamini Kalaham’ was unveiled recently.

Written and directed by production designer turned director, Ratheesh Balakrishnan Poduval (of ‘Android Kunjappan’ fame), the minute-long video shows footage that does not reveal much about the film other than presenting the main characters of the film in the backdrop of a play, in various costumes.

Slated to be a comic adventure full of “surreal humour”, Ratheesh Poduval, who won a lot of accolades for his directorial debut, ‘Android Kunjappan’, is teaming up with Nivin, Grace Antony, and Vinay Forrt for the first time, said a News Minute report.

Cinema is where I want to be, where I want to experiment & create beautiful stories. I have tried to do that for past 11 years & here’s something special and close to my heart #KanakamKaaminiKalaham ? @PaulyPictures #KaKaaKaTeaser#KaKaaKahttps://t.co/FhPZsnmo3D

Sharing the teaser, Nivin Pauly said that cinema is where he wants to be and which allows him to experiment and create beautiful stories. And added that he has been striving to do that for the past 11 years and presented the teaser saying that it is a project “close to his heart”. 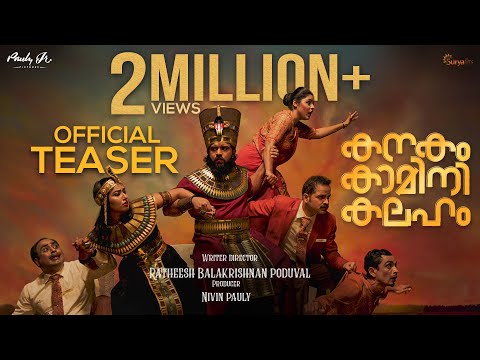 ‘Kanakam Kaamini Kalaham’ has been bankrolled by actor Nivin Pauly as well. Nivin Pauly was last seen in Geetu Mohandas’ ‘Moothan’, for which he had picked up rave reviews for his acting.

Filmmaker Ratheesh rose to fame with his directorial debut ‘Android Kunjappan Ver 5.25’, which was released 2019. At that time, he spoke about his transition from a production designer to a director, Ratheesh has said that his past work as a production designer (he also worked on Bollywood hit film, ‘Baadhai Ho’) had afforded him enough opportunities to study filmmaking.

“Since a production designer works closely with the director and cinematographer—being involved in everything from script discussion to pre-production—it got me comfortably acquainted with the filmmaking process. The only thing that felt new to me was the post-production,” said the director, quoted Indian Express. He had started out as an assistant of veteran art director Bava before moving to Mumbai and later working independently for seven years.

The makers of the movie recently announced that the sequel to ‘Android Kunjappan’ has been titled ‘Alien Aliyan’.