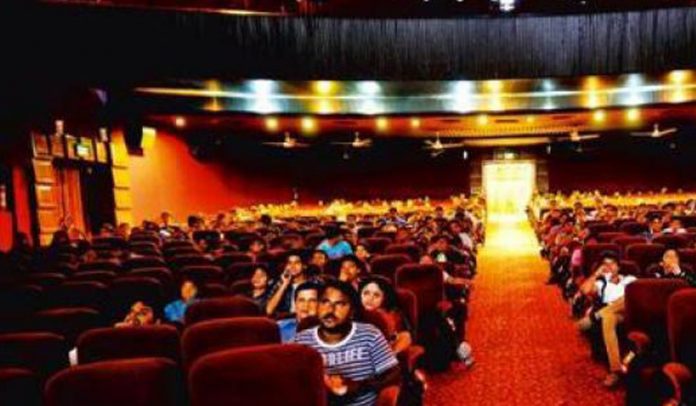 Multiplex owners especially are a powerful cohort and call the shots having an iron grip on slotting timings and dates for movies. Representational pic PTI

As cinema halls are poised to open their doors in most states with 100 per cent occupancy, the battle between multiplex chains and over-the-top (OTT) platforms is all set to hot up. Multiplex owners have already raised the contentious issue of extending the mandatory time period for releasing a film on OTT after its theatrical premiere.

Multiplex owners are pitching to extend the gap between a theatrical and an OTT platform film release from four to eight weeks from April 2022, said media reports.

If the multiplex owners stick to this demand, they may have to lock horns with OTT players, who had capped the release at four weeks after COVID. With most of the theatres shut (like in Maharashtra) or functioning at 50 per cent capacity, theatres owners did not have much of a say in film releases.

Most big-ticket films were waiting in the wings, and production houses who had pumped in a lot of money had crumbled under the pressure and headed to OTT. From Amitabh Bachchan’s ‘Gulabo Sitao’ to Akshay Kumar’s ‘Laxmii’ premiered on OTT first. Stalwarts like Salman Khan went in for a simultaneous release of his “Radhe…the Most Wanted Bhai” in theatres as well as on OTT. 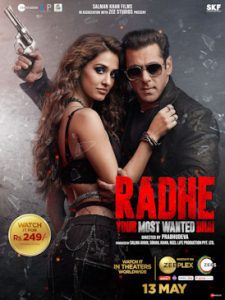 In fact, Khan had no hope of the film making any dent in the few theatres it opened. “We will lose money on ‘Radhe’ and box office collections are going to be almost zero, but we are still going ahead with (releasing) Radhe (in theatres),” Khan said, according to media reports.

Like Khan, most producers were keen to recover their basic costs at least and tied up with OTT platforms to even lower an earlier mandatory eight-week gap to bag a better deal.

Kamal Gianchandani, president of the Multiplex Association of India and CEO of multiplex chain PVR Pictures, however told rediff.com that the current four-week window was “temporary”. They have now decided that to return to the original eight-week gap from April 2022. “The producers have been very supportive. We can all co-exist and make the industry bigger,” he added, said the rediff.com report.

Since theatres are now opening to 100 per cent occupancy, multiplex owners who were doing roaring business before COVID, now want to get back their share in the movie business. Multiplex owners are a powerful cohort usually calling the shots what with their  iron grip on slotting timings and dates for film screenings in theatres.

They account for 55 per cent of the total box office collections in a normal year, said the rediff.com report. Even filmmakers like Prakash Jha told reporters that he was fed up with the godfather attitude of multiplexes and opted to release his film “Prateeksha” on OTT. He was not willing to wait for the COVID-19 pandemic to end.

While multiplex owners flog the theory that movies have to be first released on the big screen and then on OTT, TV and other platforms, OTT players pointed that that it is the production house’s prerogative where they want their film to release first. OTTs expect different models to co-exist – not merely one where every movie has to have a theatrical release first.

Media reports quoted Vikram Malhotra, founder and CEO, Abundantia Entertainment, whose film ‘Shakuntala Devi‘ landed on OTT first as saying the situation continues to be “fluid” and that it would take six months more for “alternative models of distribution” to emerge.

It will finally depend on the viewers if they want to see a film on OTT or in theatres. Already, before COVID struck, viewers were exercising their choice in the kind of films they would like to see in theatres. Most people preferred to watch small budget films from the confines of their homes. According to Malhotra, eventually producers and multiplex owners will arrive at a consensus. 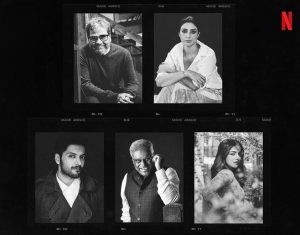 Meanwhile, many production houses teamed up with OTT platforms and tied up movie deals. Suriya’s 2D Entertainment inked a deal with Amazon Prime to premier four of its films on their platform over a few months. (despite objections from Tamil Nadu exhibitors, who hit back saying they will not to show his films in theatres anymore) A heavyweight like Vishal Bhardwaj, too tied up with Netflix to make a spy thriller, ‘Khufiya’, inspired by true events and based on an espionage novel ‘Escape to Nowhere’ by Amar Bhushan.

OTT platforms will dish out US$1 billion for content this year compared to $700 million last year, said Motions Picture Association, said the rediff.com report. Moreover, MPA added that 30 per cent of OTT investment has gone into tying up with production houses to create original content. (a recent example being Netflix’s glam take on showbiz; ‘Call my Agent: Bollywood’, a remake of the popular French series)

Multiplex owners have always been at crosshairs with the Johnny-come-lately OTT platforms. The pandemic helped the OTT business but as theatres swing back into action they plan to encourage those production houses that had stood by them during the pandemic. A case in point being, Bollywood film director Rohit Shetty.

The Multiplex Association of India recently tweeted thanking him for his steadfast support to cinemas and exhibitors. Shetty refused to release his action thriller ‘Sooryavanshi’ on OTT and the exhibitors and distributors were grateful for that. Media reports stated that Shetty was going to get a grand opening for ‘Sooryavanshi’ when it releases in Diwali in theatres in Maharashtra.

Multiplex owners have made it clear that they will not screen films that premiere directly on OTT or go in for simultaneous release. As cinema theatres open their doors, time will tell how these two mediums will co-exist in the future in the thriving industry of Indian cinema.