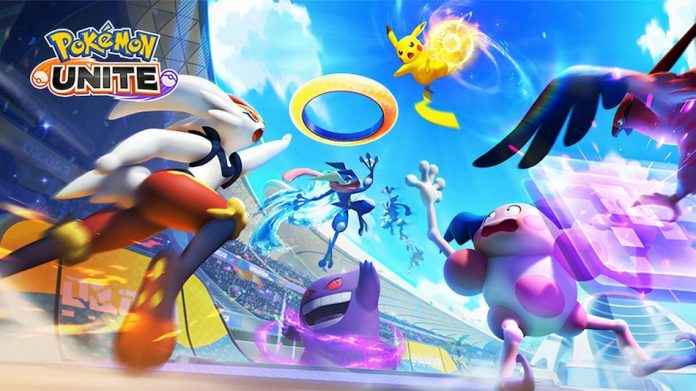 The latest game made for the Pokemon franchise moves in a new direction as it marks the entry of Pokemon into the very popular MOBA (Massive Online Battle Arcade) category of games. Just a few days back, the game was released for the Nintendo Switch and sometime in September this year, we can expect it to be made available on both iOS and Android devices as well.

If you look back at the Pokemon franchise history, it first started out back in 1996 when Nintendo released the first game of the franchise for their handheld gaming console called, ‘Gameboy’. Since then, there have been a total of 35 games considered to be a part of the main game series, with another two being released later this year and one more early next year.

This impressive number is further supplemented with the numerous games slated to be spin-offs or side games to the main franchise. This includes the likes of popular series such as Pokemon Mystery Dungeon, Pokemon Rumble, Pokemon Ranger and Pokemon Stadium. Even the very successful game Pokemon GO can be found within this rather expansive list of side games.

Getting into the gaming experience, the game is actually quite fun as far as I am concerned! I admit that I may be a bit biased given that I am most fond of the MOBA genre when it comes to playing games and have always loved the Pokemon series.

To be honest, unlike most people, shooter games have never really been that exciting for me and I am just happy to see one more MOBA game that is not a shooter at the core of it all. Why is this such a big thing? In my opinion, it takes very little creativity for a game to be based on a group of players being thrown into a closed map or area with guns and being tasked with fighting it out.

Talking about the specifics of the game, if like me, you’re a fan of one of the Pokemon included as a playable character in the game, it feels great to be able to play since the Pokemon in a fight actually feels a lot like a sport rather than a real battle. Though there is an element of combat involved with one needing to defeat other players and a host of wild Pokemon in a bid to collect these points which are represented as Pokeballs (fun little gimmick given the importance of those in the concept of the Pokemon franchise).

The points collected then need to be deposited into designated zones on the enemy team’s side of the map. This is all done while the enemy is attempting to collect points and deposit them into your side of the map and as such, you got to defend your own zones.

If I had a way of describing this game in one line, I would say it’s a mix of Pokemon, Dota 2 and American Football. While the game is lots of fun and looks like absolute mayhem, the need for strategy, considering it’s more important to deposit these points rather than continuously brawling, is more important.

What I wish was a bit different…

Despite how much I enjoyed the game there are a few pain points. The biggest of them is that while the game mostly ran smooth, I found the lower frame rates of this game compared to many of the games that are now played on the PC and/or mobiles a bit annoying. Hopefully, this will not hold true in the android and iOS versions of the game given that the mobile phones and tablets of today have begun to ship with higher refresh rate screens and so can take advantage of higher frame rates being available.

While the game has a lot of thinking for a player in terms of strategy, the number of moves made available are a bit limited (2 at any given time with a third being the unite move) and I felt that like games such as Dota 2 or Vainglory having 3 active moves and maybe one that is passive would make the game more exciting.

This is very achievable given that the mainline Pokemon games offer an ability to every single Pokemon. The current formula of having 2 active moves and a unite move that needs to be charged up is a bit boring for me since I am used to playing other MOBA games and arcade games, which often includes a system for making character movements a bit more flexible and fluid along with the option for players to develop a personalised style of playing the characters.

Can’t they introduce some more characters when launching the game? Ok, I admit this is only my whining as I try for a few more character options. Admittedly, I also assume they can and will introduce more Pokemon to the game as time goes on. While I can understand that the game locks characters by default and players need to unlock these characters and this can be done by purchasing them with coins that can be earned by playing the game, a kind of like a reward system or by purchasing crystals from the store using money.

This formula has worked for a lot of MOBA games, including LoL. However, this little decision is also one of the main reasons why I prefer to play Dota 2 instead of LoL.

While Dota 2 has a huge selection of characters, they are all free to play. The only restriction is on the extra cosmetic items that players can purchase in a bid to personalise the look of their favorite characters and these cosmetics have zero impact on the playability of the characters.  I believe that when different characters have different abilities they inherently perform better or worse against certain other characters and as such the player who has more characters available to select from gains an unfair advantage. And, this is what puts me off about having to unlock characters in a MOBA game.

Pokemon Unite is a nice game for the most part and its problems are of the kind that can be fixed with a quick update from the developer. Many of the MOBA games I have used to form my opinion of Pokemon Unite are far older and have taken years to develop to their current levels of finesse (more than 10 in the case of Dota 2 and LoL) and as such, the very fact that the game is even comparable as a gaming experience, is quite commendable.

If the character abilities are made more flexible and the game is playable at higher frame rates, I believe Pokemon Unite would not just be a great game but also has the potential to become one of the most exciting esports for the current generation.