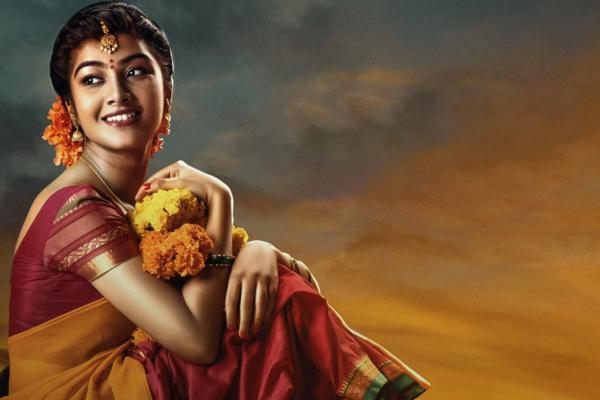 The south film industry seems to be shedding their inhibitions and letting their daughter join films too. The latest to join the bandwagon is Lovely Prem's daughter, Amrutha, who will make her debut in Kannada film, Tagaru Palya

The launch of the sons of superstars is a common practice in the South film industry. From Suriya to Naga Chaitanya to Dulquer Salman, it is quite an acceptable norm for superstars to pass on their glittering mantle in the movies to their male offspring. But, of late, south film families are breaking barriers and allowing their daughters to also take the plunge and get in front of the camera.

Today, daughters of well-known movie stars and directors in the South are making their foray into films, demolishing the myth that the film industry is not for the women in their families. This new development also shows that the Southen industry too is catching up with Bollywood’s craze for star kids.

Actresses like Shruthi and Akshara (daughters of Kamal Haasan/Sarika), Varalaxmi (daughter of Tamil actor Sharath Kumar) and Keerthy Suresh (daughter of Suresh Kumar-Menaka) have already made their mark.

Now, another one is taking the plunge. Amrutha, daughter of well-known Kannada actor Lovely Prem, who was until now creating reels (full-screen vertical videos) for social media, is set to make her debut in Dhananjay’s third production Tagaru Palya. She will be cast opposite Nagabhushan, who plays the lead in the film. The filmmakers released a video featuring Amrutha and held a press conference on November 30 to announce the casting coup.

Prem said his daughter had no interest in acting in films but surprised everyone in the family when she agreed to work in Tagaru Palya. He said that director Umesh Krupa had met him a few weeks ago and handed over a bound script of the film.

“I have acted in over 25 films but I have never been given such a bound script by more than two or three directors. I liked the script and bought time to discuss it with my daughter and other family members because she is still pursuing her education. Amrutha, who had refused to act earlier, agreed to be part of the film instantly and that came as a surprise,” Prem said. (His son Ekanth had made a mark in Sharan’s Guru Shishyaru).

Also read: Why Kannada social media is baying for a ban on Rashmika Mandanna films

Further, the Lovely star explained how the director saw videos of his daughter Amrutha at the premiere of late Puneeth Rajkumar’s last film Gandhadagudi on YouTube. The director felt her innocent looks suited the character in his film and he wanted to cast her.

Amrutha, a final-year degree student, is now attending workshops to learn various skills for her character in the film.

Amrutha is not the first

Amrutha is not the first daughter of a well-known south actor to enter films. Veteran Sandalwood actress Malashree’s daughter Radhana Ram is also making a grand debut with a film opposite ‘challenging star’ Darshan. The untitled film is being directed by Tharun Sudhir and produced by none other than Rockline Entertainment. Radhana Ram’s entry into films created a lot of buzz in the industry.

Sources said superstar Upendra’s daughter Aishwarya will also be launched as a leading lady. If the grapevine is to be believed, Hombale films is likely to launch her as the female lead in their upcoming film. Aishwarya has already acted as a child artist alongside her mother Priyanka Upendra, in the film Devaki.

Dr Rajkumar’s granddaughter Dhanya Ramkumar also made her debut in films with Ninna Sanihake in 2021. She became the first girl from the first family of Kannada cinema to act as a leading lady. Her superstar uncles, Shivaraj Kumar, Raghavendra Rajkumar and the late Puneeth Rajkumar had shown their support by promoting her film.

Also read: ‘Women are their own enemies’, says Jaya Bachchan

Actors from South have always been conservative and reluctant about letting their daughters enter the film industry, especially in front of the camera. There are exceptions like Shruthi and Akshara Haasan, Varalaxmi Sarathkumar, Radha’s daughters Karthika and Thulasi in the Tamil film industry and Lakshmi Manchu and Shivani in the Telugu film industry.

According to sources, Saranya Bhagyaraj, the daughter of well-known actor and director Bhagyaraj, had faced stiff opposition from her parents when she wanted to join the movies. However, ace filmmaker Shankar’s daughter Aditi Shankar had a smooth entry, making her acting debut in the film Viruman, opposite Karthi, which released in August this year. She received accolades for her confident debut but also received brickbats for getting a “privileged” entry into Tamil films.

According to insiders, the Telugu film industry is considered most old-fashioned when it comes to allowing their daughters to join films.

Will eventually return to my home Barcelona, ...

US emerges as India’s top destination for goo...