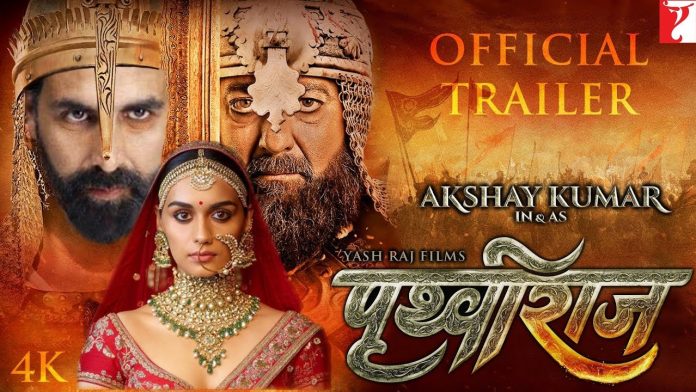 The Karni Sena, the Rajput organisation that shot to fame after vandalising the sets of Sanjay Leela Bhansali’s Padmavat and reportedly assaulted the director, has now trained their guns on Akshay Kumar’s mega-project, the YRF production, Prithviraj.

Media reports have said that Surjeet Singh Rathore, the president of Karni Sena’s Youth Wing, has warned YRF’s Aditya Chopra and Akshay Kumar that if they don’t agree to change the film’s title, they will have to face a situation similar to what transpired with Sanjay Leela Bhansali during Padmaavat. They have also placed two more conditions before the Prithviraj team.

On September 2019, Akshay Kumar had tweeted on his 52nd birthday that he was going to start work on his first historical film, which will be “one of his biggest films”. And he had shared that he was humbled to have the opportunity to play a hero that he looks up to for his valour and values –Samrat Prithviraj Chauhan. The film, directed by Chandraprakash Dwivedi was meant to release last year during Diwali but was postponed due to the pandemic.

On his Instagram page, Rathore wrote in Hindi that the Karni Sena respects Akshay Kumar and wanted the producer Aditya Chopra to respect the last ‘Hindu Samrat’ and use his name with the due respect. Or else, YRF would be responsible for the losses.

The 12th century Indian monarch Prithviraj Chauhan ruled present-day Rajasthan, Haryana, Delhi and some parts of Madhya Pradesh and Uttar Pradesh. Indian Express further reported that in a more elaborate statement issued by Akshay Kumar while announcing the film, had expressed his happiness at playing the role of one of the most fearless and courageous kings of India, Prithviraj Chauhan.

He had explained that Prithviraj was their attempt to bring to light his valour and daredevilry. “Prithviraj was the only person standing in front of a merciless nemesis and the bravery he showed, made him a true Indian hero, an inspiration for generations and a legend”, the actor had said.

The Karni Sena has been targetting Bollywood since its first protest against Ashutosh Gowariker’s Jodhaa Akbar, for what it called, an “inaccurate portrayal of history.” Eventually, the film was not released in Rajasthan.

In 2014, the Rajput group had disrupted filmmaker Ekta Kapoor’s session at the Jaipur Literature Festival because of her TV serial Jodha Akbar. Then they had turned their ire on Bhansali’s film, allegedly assaulted the director at Jaigarh Fort and damaged movie equipment while the Padmavati shoot was underway. They even threatened to chop of actress Deepika Padukone’s nose. Finally, the film’s name was changed to Padmaavat and after viewing the film the Karni Sena was satisfied that the honour of Rajputs was safeguarded.