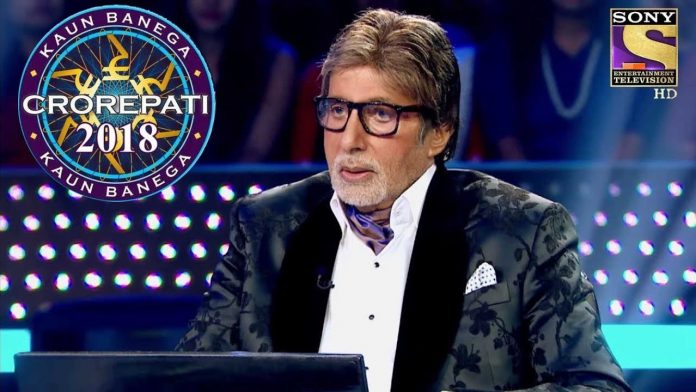 KBC has never been just another quiz show. The human story had always mattered, and that’s what made it a sensation and prompted diplomat Vikas Swarup to write his fiction 'Q&A', which inspired the film 'Slumdog Millionaire'

These observations were made by superstar Amitabh Bachchan, the de facto face of the KBC show, in a promo to announce the 13th season of the game show, which will start streaming from today (Monday, August 23) on Sony TV.

In the promo video, Bachchan journeyed down memory lane along with KBC creator, Siddhartha Basu, talking about the days when they had first launched the show, adapted from the British show, ‘Who wants to be a millionaire?’

Fans of the show will be happy to see the affable, genteel senior Bachchan back in the host’s chair conducting the show with his customary calm and aplomb, which has made him synonymous with KBC.

This season’s theme, which will be ‘Jawaab Aap Hi Ho’, will have a host of new additions to the format, including the reinstatement of the studio audience and the audience poll lifeline, said media reports. The other three lifelines being  50:50, Ask The Expert and Flip The Question. KBC 13, which will celebrate every Indian and their right to ‘gyaan, dhyaan and samman’, will have the Shandaar Shukravaar every Friday. In this special episode, celebrity guests from all walks of life will play the game for a social cause, said media reports.

Bachchan has always hosted the show since its inception in 2000, except for the third season in 2007, which was hosted by superstar Shah Rukh Khan.

This was when Bachchan faced a medical emergency and SRK had charmed his way through to people’s hearts on the show. But the show reportedly fell short when it came to TRPs, said an Indian Express report.

In an interview to indianexpress.com, the show’s creator Siddhartha Basu spoke about this admitting that it is difficult to fill the very large shoes of Big B, “who is now considered the ABC of KBC”.

“What didn’t work with SRK was the comparison with AB. I think Shah Rukh did KBC in his own way with charm and wit, and as far as I know, it garnered good ratings,” said Basu adding that they did three shows with SRK, and he is one of the most natural TV hosts who can think on his feet.

“But let’s face it, Amitabh will always be the ABC of KBC, and on this show, those are very big shoes to fill,” said Basu, who is now the show’s consultant.

On criticism about the show selling sob stories, Basu said that KBC has never been just another quiz show. The human story had always mattered, and that’s what created the sensation of the first season in India and had prompted diplomat Vikas Swarup to write his fiction Q&A. (the book that inspired the award-winning film ‘Slumdog Millionaire’)

It’s never been only sob stories though on KBC, defended Basu. “If people get emotional, that’s not engineered. That’s natural on a life-changing show before a massive audience and a larger-than-life host,” he said to IE.

According to Basu, a legend in his own right in the world of quiz, there are people across the length and breadth of India on KBC telling engaging and relatable stories about ordinary Indians. It’s a show that touches lives with the heart as well as the mind, he added.

In a press statement Basu said that contestants from all over India participated in the show because they come in search for ‘sammaan’ or respect. “And they win that respect along with what can be life changing amounts of winnings through a knowledge game,” Basu pointed out.

The biggest change in the format this season is the ‘fastest finger first’ round, which has been modified to ‘Fastest Finger First – Triple Test’. Contestants will now have to take three general knowledge questions with four options and the one to answer all three questions correctly in the shortest time will head straight to the hot seat.

The new set has been designed with LED flooring, and the use of Augmented Reality, a refreshed motorised virtual ceiling and re-engineered gameplay graphics are all set to give it a contemporary look.