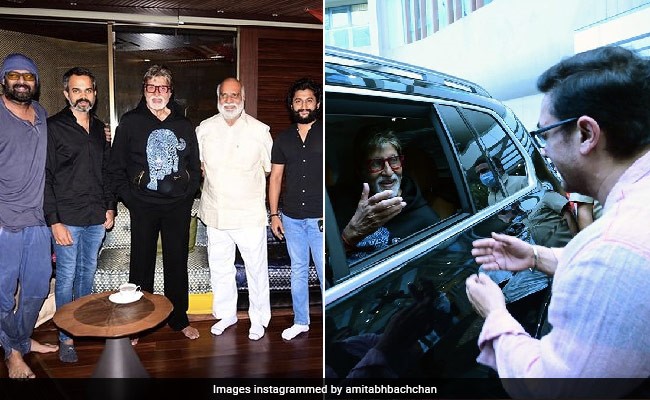 And as I am about to leave .. a knock on my car window and it's Aamir .. gosh! So many legendary friends in one evening," wrote Big B on Instagram

Legendary Bollywood superstar Amitabh Bachchan, who is all set to host the 14th season of his TV quiz show, Kaun Banega Crorepati, created a stir on social media. The actor posted a ‘multi-starrer’ picture of him alongside Prabhas, Dulquer Salmaan, Nani and filmmakers Prashanth Neel, and Nag Ashwin, which has gone viral.

The big stars and directors had gathered together at the opening of Vyjayanthi Films’ office in Hyderabad.

There was more excitement for fans, as Bachchan posted a second photograph and this time, it showed Aamir Khan knocking on his car window. “And as I am about to leave .. a knock on my car window and it’s Aamir .. gosh! So many legendary friends in one evening,” wrote Big B. Aamir Khan is awaiting the release of his film Laal Singh Chaaddha, which is an adaptation of Forrest Gump.