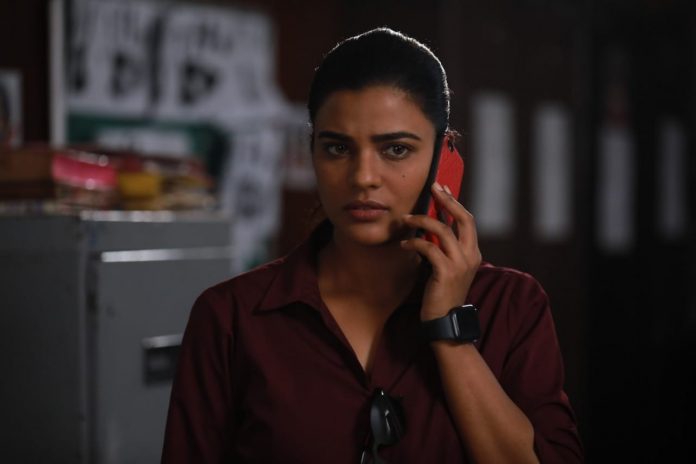 A still from 'Thittam Irandu': Aishwarya Rajesh, who is acting in the remake of Malayalam film, 'The Great Indian Kitchen', has a slew of big ticket films in her kitty

Versatile actress, Aishwarya Rajesh, who’s widely appreciated for her realistic portrayals in south cinema, and whose latest mystery thriller, ‘Thittam Irandu’, in which she plays the protagonist cop releases on Friday, July 30, has reportedly hiked up her fees in films and has said that she would like to focus on essaying lead roles in films.

According to a report in the ‘Daily Thanthi’, Aishwarya, who has become a highly sought after actress with a slew of big ticket films in her kitty, has increased her fees in films.

She told ‘Daily Thanthi’ that she was hiking up her fees since the films she had already acted in have been extremely successful. However, the ‘Kaaka Muttai’ actor clarified that if she gets a good story, she will reduce her fee. “I want the fans to see and enjoy my pictures with the family,” she said, adding that she would like to focus on playing key roles that mattered in films.

Recently, south superstar Nayanthara too had said that henceforth she will only act in woman-oriented movies or films that have a solid scope for a woman character.

In ‘Thittam Irandu’, Aishwarya plays a police inspector on the trail of a murderer. Billed as a crime-thriller, the trailer also reveals that the film is “based on unbelievable true events”. The actor plays the main role in the film as Aathira, who is trying to find her missing childhood friend. 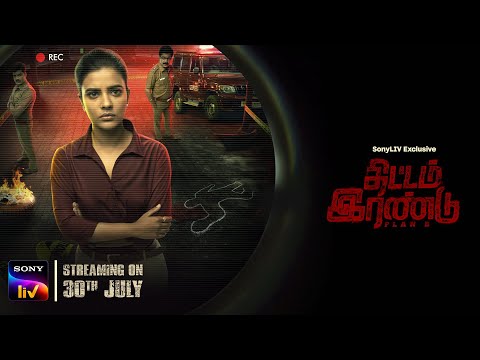 Aishwarya, who picked up the Tamil Nadu State Award for best actress in ‘Kaaka Muttai’ and praised for her role in ‘Dharmadurai’, has films like Nani’s ‘Tuck Jagdish’ in Telugu, the horror thriller ‘Bhoomika’ in Tamil.

She was last seen in ‘Ka Pae Ranasingam’, where she played a power-backed role of Ariyanachi, a poor woman, who fights to bring back the dead body of her husband from Dubai to India. She has to battle a political agenda, corruption and a treacherous bureaucracy that stand in her way.

Her other forthcoming films are ‘Driver Jamuna’, ‘Mohandas’, ‘Republic’ and above all, the Tamil remake of the acclaimed, much-talked about Malayalam movie, ‘The Great Indian Kitchen’.

‘Thittam Irandu’ is directed by debutant Vignesh Karthik, who is popular for his Youtube short films Yours Shamefully 1 & 2. SonyLIV has acquired the rights to the film and will be the channel’s second direct Tamil release after ‘Vaazhl’.