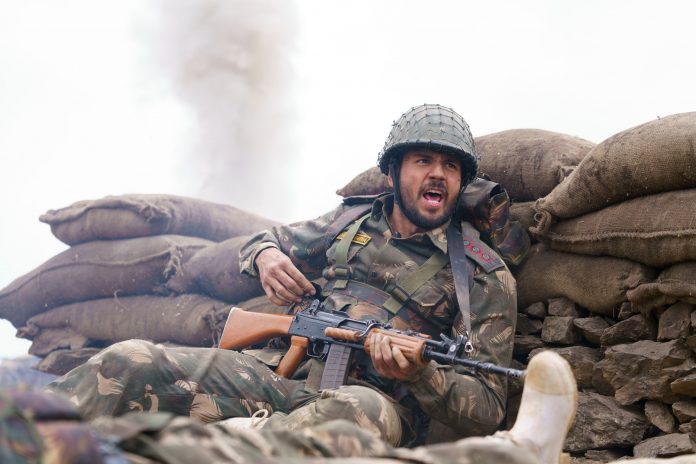 Siddharth Malhotra in Shershaah: On June 20, 1999, Captain Vikram Batra reported to his commanding officer through a wireless that Point 5140, Tiger Hill had been taken back. “Chankya …it’s Sher Shah reporting!! We’ve captured post! Yeh dil maange more!” A week later he was killed in action.

Ahead of Independence Day, a music track paying tribute to our courageous Indian soldiers, Jai Hind Ki Senaa from Hindi film Shershaah, the biopic on Captain Vikram Batra, the Kargil hero was released on Tuesday (August 10).

The song shows the lead actor Sidharth Malhotra, who is essaying the role of the martyr, in battle scenes and in the midst of rigorous physical training. Meant to be a salute to our bravehearts, Malhotra took to Instagram to write, “Jai Hind Ki Senaa. A deeply special song for us, this is a tribute to our faujis who continue to fight relentlessly for this soil. It is a salute to all these bravehearts.” 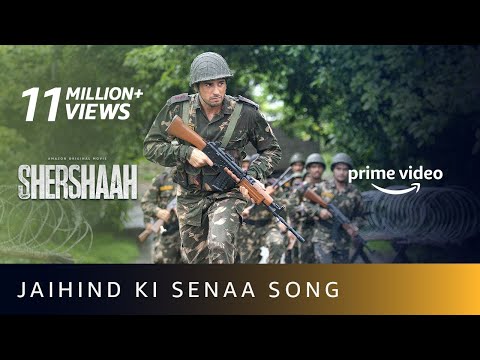 Shershaah, which will release on Amazon Prime Video on August 12 is based on the true story of the Param Vir Chakra awardee, Kargil War hero – Captain Vikram Batra, who had become a household name during the Kargil War in 1999.

Five weeks into the Kargil war, Batra was ordered to recapture peak 5140, which was at a height of 17,000 feet, as Pakistani invaders had taken positions there in bunkers. The peak was the highest point on the Tololing Ridge and one of the most arduous and crucial peaks in the Drass region.

On June 20, 1999, Captain Vikram Batra reported to his commanding officer through a wireless that Point 5140, Tiger Hill had been taken back. “Chankya …it’s Sher Shah reporting!! We’ve captured post! Yeh dil maange more!” A week later, he was killed in action.

After Captain Batra and his Delta Company had recaptured Point 5140, he was on another dangerous mission to recapture Peak 4875, when they were attacked by Pakistan soldiers. The mission was almost concluded when Batra got out of his bunker to rescue an injured junior officer. It was then that a bullet hit him.

His team however succeeded in capturing 4875. Bollywood actor Malhotra (of Student of the Year, Kapoor & Sons, Marjavaan fame) said in interviews to the media that he was approached by Batra’s twin brother Vishal Batra to portray the role of the martyr.

Shershaah also dwells on Captain Batra’s love story. He was engaged to Dimple Cheema, who never married after her fiancee was martyred. Actor Kiara Advani, who plays Cheema, met her in Chandigarh. Advani told Indian Express that she had been shooting in Chandigardh and Vishal Batra, Shershaah director, had organised the meeting.

“It was very warm because it was only the both of us…There was no one else in the room and she spoke and I just listened to her. She reminisced all her memories, their moments. How things were back then, writing letters, trunk calls,” said Advani.

In the same IE interview, Advani also spoke about how Batra’s funeral sequence was shot at the same place in Palampur where the martyr’s funeral had actually been held many years ago. Kiara told her director that she would do just one take. He decided to take her close-up shot first to capture the emotions.

Advani recalls that while the camera was on her, she could hear “sniffles” all around her  because the entire crew, including the junior artists, all other co-actors, despite not being in the frame, were all teary-eyed, even though they weren’t supposed to cry.

“We all resonated with the feeling of immense gratitude for the sacrifice of Captain Vikram Batra, it didn’t feel like we were performing, we relived July 11th, 1999,” she stated, adding that Vikram’s twin brother Vishal Batra was also present on the set that particular day.