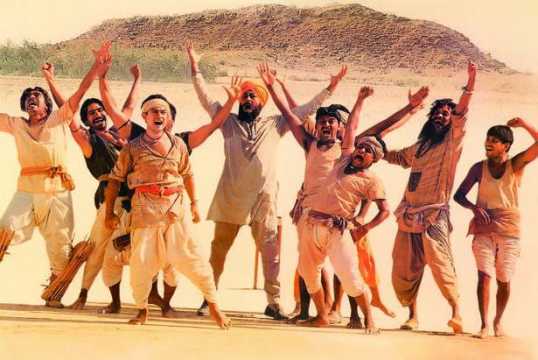 Initially, Aamir had refused to do the film.

Exactly, 20 years ago, Lagaan revolutionized the way we venerate cricket as patriotism lent a cinematic sheen to its adulation.

Directed by Ashutosh Gowariker, the film earned appreciation from critics and was nominated in the Best Foreign Language Film category at the 2002 Oscars. Through these years, Gowariker wanted – if he ever had the choice – to change only one thing changed in the 3 hours 44 minutes blockbuster.

The director told The Quint about “one correction.” “I would definitely make it exactly the way I made it, but there would be one ‘correction’ that I would like to do. And the correction is that when we made the film then, it was four hours and five minutes, the first cut that we had.”

“And we had removed 18 or 20 minutes of an entire track, which was ‘Captain Russell’ arresting the villagers and putting them behind bars, and framing them, and then Elizabeth coming and rescuing them.”

It was a very interesting track, with romance gripping the three of them —Bhuvan, Gauri, and Elizabeth, he said. “That had to go. Today if I have to make the film, I would somehow try to keep it inclusive of the three hours 44 minutes, so that audiences are able to enjoy that also, which is a tall order, but I would have loved to do that,” said Gowariker.

The movie was set in the pre-Independence era and portrays a group of villagers who learn to play cricket and beat the British in their own game. Besides Aamir Khan, the film starred Gracy Singh, Kulbhushan Kharbanda, Rajendra Gupta, Raghubir Yadav, Rajesh Vivek, Pradeep Rawat and British actors Rachel Shelley and Paul Blackthorne.

Gowariker had to make efforts to first convince Aamir to play the lead role. And then the shooting was done in Bhuj. Initially, Aamir had refused to do the film when he first heard its script!