There were two Gandhis as far as the caste system is concerned, and the evolution of the former into an anti-caste crusader Mahatma has been depicted in films as well, according to Narendra Kaushik, whose latest book Mahatma Gandhi in Cinema analyses 100 years of Bollywood’s history and the Father of the Nation’s presence on the silver screen.

Beginning with Gandhi’s absolute dislike for cinema, the book discusses several aspects of his portrayal on celluloid that made him one of the most important subjects for Indian audiences. Gandhi’s ‘dissociation’ with movies can be understood from the fact that the only Hindi film he had watched in his lifetime was Ram Rajya in 1944.

On Gandhi’s change of views regarding caste issues, Kaushik, a former journalist and associate professor, Journalism and Mass Communication at JECRC University in Jaipur, tells The Federal, “Before 1920, Gandhi was opposed to inter-marriages. After his confrontation with BR Ambedkar in Yerwada jail, he was a changed man.”

Besides movies like Gandhi, Making of the Mahatma, and Gandhi, My Father, where the Father of the Nation’s character is the pivot, the book also analyses films like Lage Raho Munna Bhai, Veer Savarkar, Netaji Subhas Chandra Bose: The Forgotten Hero, and The Legend of Bhagat Singh, where his characters appear in cameos.

The book further scrutinises the depiction of Gandhi’s principles of truth, non-violence and the use of indigenous goods as in movies like Satyagraha, Maine Gandhi Ko Nahin Mara, Swades, Train to Pakistan, and Hey Ram. “It is interesting to see whether the films on non-violence reflect Gandhi’s evolution on non-violence,” the book reads.

Here are excerpts from The Federal’s interview with the author:

Gandhi is a vast subject. What inspired you to choose the topic of Gandhi in cinema?

I did not choose the subject. Rather, the subject chose me. I came across the subject sometime in 2010 when I was looking to pursue a PhD in mass communication. The subject had two of my all-time favourites. It had cinema that mesmerised me even when I was a six-year-old boy. It had Mahatma Gandhi who had cast a spell on me after I read The Story of My Experiments with Truth sometime in the late 1990s.

To what extent has Indian cinema been successful in portraying the real Gandhi?

But after the advent of first superstar Rajesh Khanna and then his successor angry young Amitabh Bachchan, Gandhi exited the celluloid. During the next three and a half decades, whatever films were made on Mahatma Gandhi, they were by torchbearers of parallel cinema and had realistic cinema written all over them. Films like Manthan, Ankur, Swades, Lagaan, Making of the Mahatma and Gandhi were examples of it. Lage Raho Munna Bhai (2006) resurrected Gandhi, but it proved to be short-lived.

Which movie do you think has conveyed the real essence of Gandhi?

Films like Do Aankhen Barah Haath, Satyakam, Sujata, Acchut Kanya and Lage Raho Munna Bhai have been successful in conveying the essence of Gandhi.

What were Gandhi’s views on theatre being used for creating awareness during the freedom struggle?

My book is only about Hindi cinema. I did not touch upon theatre. But it is also true that during my four-year-long research I did not find anything he had said about theatre. Ironically, this opponent of cinema published seven newspapers in his lifetime.

Has any movie ever tried to be critical of Gandhi’s views, or question his ideals or decisions?

There are so many. Interestingly, all these had Gandhi’s character in a cameo. Films like The Legend of Bhagat Singh and Dr Babasaheb Ambedkar portrayed him as a villain. After watching the former, the then chairman of CBFC, Vijay Anand, was very angry. He did not like Gandhi’s portrayal in the film and ordered a number of cuts. He was surprised that the Father of the Nation did not even hold his head high. Netaji Subhas Chandra Bose and Veer Savarkar too portrayed him as fallible, helpless and weak.

You have written about how Gandhi had changed his views on caste issues. Has cinema been able to portray this evolution? Was Gandhi that staunchly opposed inter-caste marriages ever portrayed? 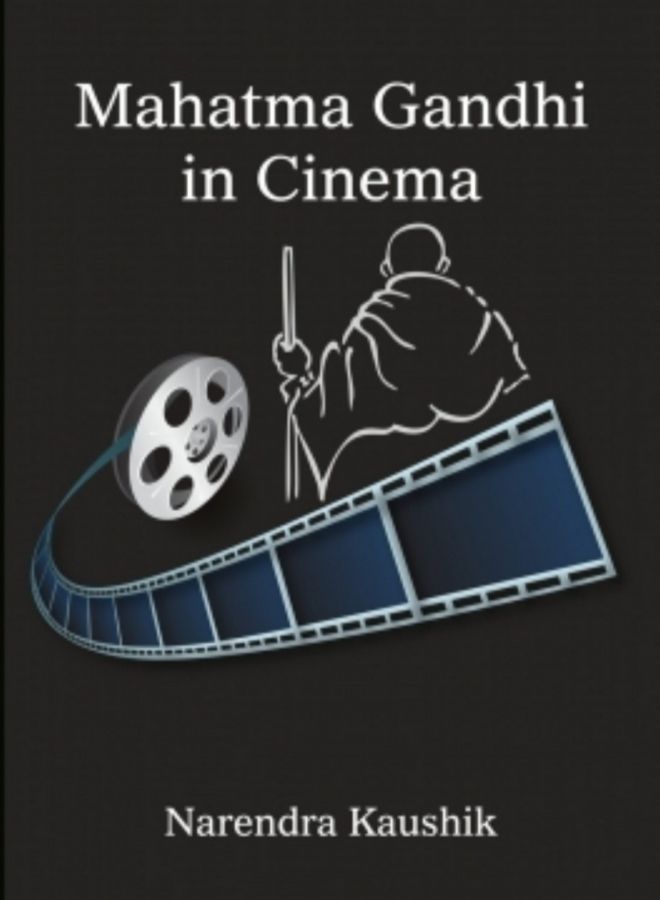 True, there were two Gandhis as far as caste system, inter-caste marriages, inter-dining, caste vocations are concerned. Before 1920, Gandhi was opposed to inter-marriages. He did not allow his own son Mani Lal to marry Fatima, a Muslim girl in South Africa. Later when his youngest son Devdas fell in love with Lakshmi, the daughter of C Rajagopalachari, a Brahmin, he made them wait for five years for marriage.

After his confrontation with BR Ambedkar in Yerwada jail, Gandhi was a changed man. He did an about-turn on the caste system, inter-dining, inter-caste marriages and caste vocations.

Films like Sujata and Jaag Utha Insaan appear to take into account his evolution on inter-caste marriages.

Which film do you think can be regarded as a proper documentation of the life and works of Gandhi?

There is no film that depicts his entire life. In Richard Attenborough’s Gandhi, he is a superman who can do no wrong. It tells the story of his political struggle, leaving out the portion that made him a Mahatma. Shyam Benegal’s Making of the Mahatma only covers his sojourn in South Africa. Gandhi, My Father juxtaposes him against his wayward son Hari Lal. We still do not have a complete biopic on Gandhi.

What is the relevance of Gandhi in the present times?

He is more relevant than his own lifetime. There is so much violence happening all around us. Truth, non-violence, equality of religions, abolition of untouchability, village empowerment, swadesi and self-restraint are universal values. They will never go out of circulation.