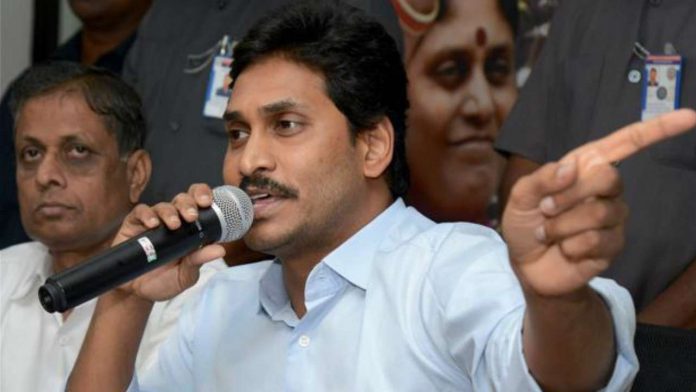 Politics in southern states revolve around freebies and Andhra Pradesh is no exception. Despite the state beginning a new yet challenging journey in 2014 after losing capital Hyderabad to Telangana, and reeling under a huge revenue deficit, political parties are busy competing with each other in the politics of dole-outs.

With simultaneous elections to the state assembly and Lok Sabha scheduled on April 11, the ruling Telugu Desam Party (TDP) and main opposition YSR Congress Party (YSRCP) are going all out to show who is a better Santa.

The principal contenders of power are yet to release their manifestos but they already have announced so much that the cash-strapped state may not find resources to implement them.

In the run-up to the elections, the TDP government announced a series of sops for various sections, apparently to counter YSRCP which was threatening to wean away its vote bank with mega promises.

From enhancing social security pensions to financial assistance to farmers and from unemployment allowance to the financial aid and smart phones for all members of women self-help groups, the sops baffled all with the economists wondering how the government will foot the bill.

YSRCP chief YS Jaganmohan Reddy, during his 14-month-long state-wide ‘padyatra’ promised to usher in ‘Rajanna Rajyam’ a reference to the rule of his late father YS Rajasekhara Reddy, who introduced free power to farmers, free healthcare to poor and many other schemes for weaker sections in undivided Andhra Pradesh during 2004-09.

Under ‘Navaratnalu’, Jagan promised several schemes to be named after YSR, as his late father was popularly known. This triggered a competition between him and Naidu, who began doling out sops at the fag-end of his term.

To counter one such promise, Naidu increased the old age pension from Rs 1,000 to Rs 2,000 but YSRCP leader once again announced if voted to power he would make it Rs 3,000.

Jagan promised that if voted to power YSRCP will ensure Rs 50,000 immediate cash transfer to each farmer and from second year each farmer will get Rs 12,500 annually.

To counter this Naidu announced ‘Annadata Sukheebhava’ scheme in the budget for 2019-20, promising annual financial assistance of Rs 4,000 to each of 54 lakh farmers. He said this would be in addition to Rs 6,000 which each farmer would get under a scheme announced by the Centre in the interim budget. Those not covered under the Centre’s scheme were promised Rs 10,000 annually.

Going a step ahead, Naidu also promised free smartphones to all members of SHGs so that they can avail government services. YSRCP accused Naidu of imitating its promises.

Naidu and Jagan are also competing with each other to woo Backward Classes, Scheduled Castes, Scheduled Tribes and minorities. The leader of opposition promised 50 percent quota to these sections in all political posts, including nominated ones, and also in outsourcing and contract jobs. He also promised Rs 75,000 crore for BC welfare for five years. Jagan declared that Rs 75,000 will be paid to each BC woman who crosses 45 years of age.

The dole-outs were announced even as Naidu continued his fight with the Centre for the Special Category Status (SCS) to the State and other commitments made in Andhra Pradesh Reorganisation Act. Highlighting the financial constraints faced by the State, both the chief minister and Finance Minister Y. Ramakrishnudu stated on many occasions that the Centre owes over Rs.1 lakh crore to the State to fulfill its commitments.

During his nearly a decade long stint as the chief minister of undivided Andhra Pradesh (1995-2004) Chandrababu Naidu had cultivated the image of a tech-savvy leader and poster boy of new economic reforms. He was strongly against freebies and used to often remark ‘there are no free lunches’.

Later he tried to be flexible with the slogan of reforms with human face. However, the pro-rich image coupled with agrarian distress proved him costly as Y. S. Rajasekhara Reddy promising a hope for farmers and economically weaker sections of the society stormed to power in 2004.

Admitting that too much of emphasis on economic reforms distanced the people from TDP, Naidu started promising freebies but the voters were unimpressed as Rajasekhara Reddy won another term in 2009.

The bifurcation left residuary State with a huge revenue deficit and without Hyderabad, the hub of economic activity which went to Telangana. Unhappy over ‘unjust’ distribution of assets and liabilities, Naidu spent the initial one-and-half year in tackling post-bifurcation issues. It was only in 2016 that he could start focusing on rebuilding the State.

With his flip-flops on Special Category Status (SCS) issue and shedding more than three decade old animosity with the Congress, Naidu appeared to be making efforts to regain the lost ground with sops for various sections of people.

In Andhra panchayat polls, Chandrababu undone by incentive policy he...