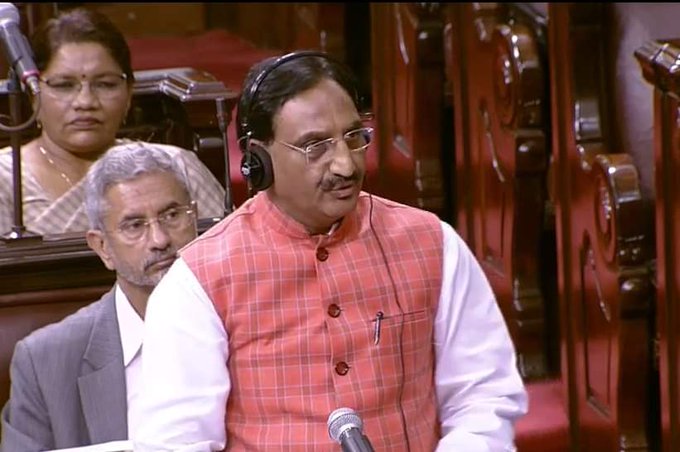 Human Resource Development Minister Ramesh Pokhriyal Nishank on Monday (December 2) said it will not be possible to have a uniform education syllabus in the country.

“The National Curriculum Framework (NCF), developed by the National Council of Education Research and Training (NCERT), sets guidelines and direction for development of syllabi and textbooks at all school stages,” he told Lok Sabha.

Since education is a subject in the Concurrent List of the Constitution and a substantial majority of schools are under the jurisdiction of state governments, he said it is for the
respective state or union territory governments to decide the syllabus and curriculum.
The minister noted that it would not be possible to have a uniform syllabus in the country.

Education boards in states and union territories are set up or recognised by the state or union territory concerned as their Acts.

According to the minister, the common core of NCF includes history of Indias freedom movement and constitutional obligations.

“These elements cut across subject areas and need to be designed to promote values such as India’s common cultural heritage, egalitarianism, democracy and secularism, equality
of sex, protection of environment, removal of social barriers and inculcation of scientific temper,” he added.