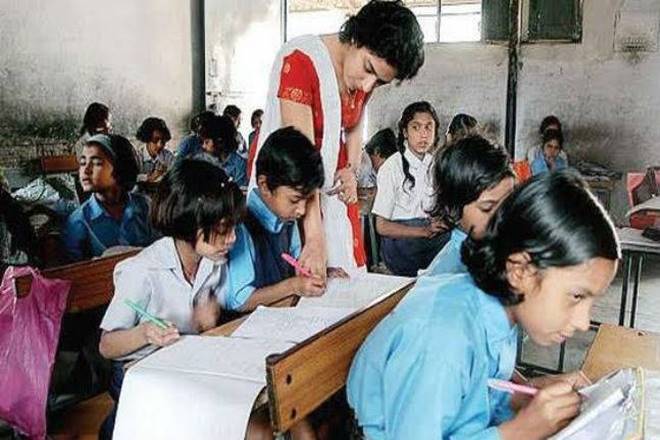 India’s school system continues to struggle with paucity of teachers as a new UNESCO report revealed that India has nearly 1.2 lakh single-teacher schools, nearly 89 per cent of them are found in rural areas. The report released on Tuesday (October 6) emphasised the fact that the country needs 11.6 lakh teachers to plug the current shortfall in schools.

Also, the report stated that 69 per cent of teachers were working without job contracts, or earning poor salaries and working in challenging circumstances, especially in the rural areas.

The conclusions arrived at by the UNESCO report titled ‘State of the Education Report for India-2021’ focused on teachers and was largely based on analysis of government data such as the Periodic Labour Force Survey (PLFS) and the Unified District Information System for Education (UDISE).  This UNESCO report comes at a time when India is gradually rolling out the New Education Policy aimed at implementing several structural reforms and can be crucial for academicians and policy makers.

Calculating the PLFS 2018-19 data, the report pointed out that across the states there are 1,10,971 single-teacher schools, which works out to be a significant 7.15 per cent of the total 11.51 lakh schools in the country. Currently, there are 95 lakh teachers employed in the schools, said media reports.

On a more positive note, the gender ratio among teachers seems “overall balanced”, found the researchers working on this project. Women teachers accounted for 50 per cent of the total, however, there were inter-state and urban-rural imbalances, said Professor Padma M Sarangapani, from the Tata Institute of Social Sciences, Mumbai, which had collaborated with the UNESCO team in preparing this report, said the Indian Express report.

There is a marked discrepancy between the rural and urban areas in employing women teachers at the secondary school level as well. 24 per cent teachers in rural areas are women, versus 53 per cent in urban locations, said the report.

The Right to Education Act stipulates that the pupil-teacher ratio (PTR) should be 30:1 in classes 1-5 and 35:1 in higher grades. Therefore, based on the PTR of 35:1, the report pointed out that a total additional 1,116,846 teachers were required.

The requirement was more in rural areas, a total additional teacher requirement of 69 per cent. States which needed a large number of teachers included Uttar Pradesh (320,000), and Bihar (220,000), followed by Jharkhand, Karnataka, Madhya Pradesh, Maharashtra, and West Bengal (between 60,000 and 80,000), said the report.

While teacher availability has improved, pupil-teacher ratios are adverse in secondary schools. Moreover, there is no information on the availability of special education, music, arts and physical education teachers. The availability and deployment of subject teachers too, is not well documented and monitored. Almost all single-teacher schools are in rural areas,” said the report, according to Money Control.

A Mint report highlighted the fact that the report focussed on how contractual rather than regular teachers’ jobs “presents further complexity”. The problem is equally alarming in both private and government schools. “The overall proportion of teachers in private schools who report working with no job contract is alarmingly high at 69 per cent,” the report said.

The working conditions of teachers in the Northeast and “aspirational districts” were poor as well, with a clear disparity in conditions between rural-urban areas in terms of basic amenities as well as information and communications technology (ICT) infrastructure, according to UNESCO.

Teacher workload stress though invisible was high, contrary to public perception, stated the report. “Teachers value being given professional autonomy, and disregard of this is demotivating,” stated the report.