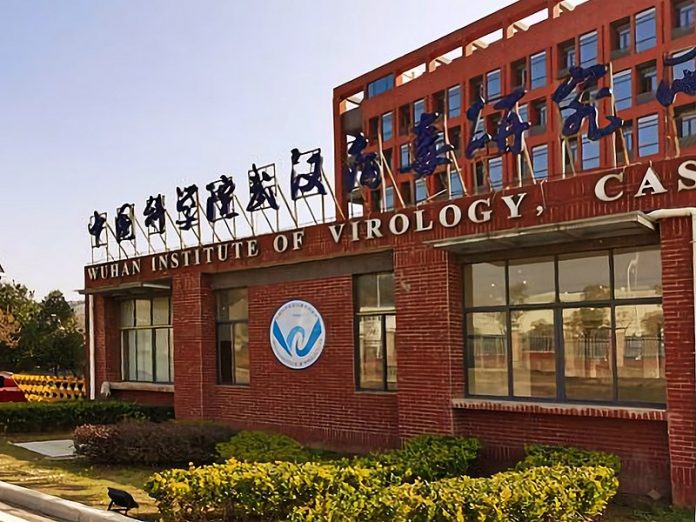 The question is back to haunt the world: did the devastating coronavirus, which killed millions of people around the world and crippled economies, leak from the Wuhan Institute of Virology?

This controversial lab leak theory has reared its head once again after The Telegraph conducted a probe which revealed that 26 out of the 27 scientists who wrote a letter in reputed medical journal, ‘The Lancet’, trashing the lab-leak theory of the COVID-19 outbreak had links with researchers in the China’s Wuhan Institute of Virology, said media reports.

In March last year, 27 scientists published a letter in ‘The Lancet’ in which they strongly condemned “conspiracy theories suggesting that COVID-19 does not have a natural origin”. They had claimed that scientists from multiple countries overwhelmingly conclude that this coronavirus originated in wildlife.

That letter squashed any further scientific debate on whether the coronavirus was manipulated or leaked from a Wuhan lab.

The authors of the letter had not revealed any link with the Wuhan lab at that time, said a News18 report. However, it has since emerged that the letter was initiated by British zoologist Peter Daszak, president of the US-based EcoHealth Alliance, which as it turns out funded research at the Wuhan Institute of Virology.

Also read: Over 60% of population jabbed yet Israel is world’s biggest hotspot

It is not just Daszak, but ‘The Telegraph’ claimed that 26 of the 27 scientists who had signed the letter had connections to the Chinese lab through researchers and funders. While Daszak eventually came clean about his involvement in the EcoHealth Alliance, he failed to mention that five other signatories also worked for the organisation.

Three other signatories were from Britain’s Wellcome Trust, which has funded work at the Wuhan Institute of Virology in the past. Moreover, another case in point was Sir Jeremy Farrar, a member of Sage and the director of the Trust, who had signed the letter.

He had also published work with George Gao, the head of the Chinese Centre for Disease Control and Prevention, whom he described as an “old friend”, said The Telegraph report. The report added that Dr Gao is closely connected with Shi Zhengli, the scientist known as “batwoman” who has been leading research into bat coronaviruses in Wuhan, and whose team discovered a virus in 2013 in a cave in Yunnan, which is the closest ever found to Sars-Cov-2.

The revival of the conspiracy theory

The theory that the coronavirus has leaked from the Wuhan Lab or even could have been an altered virus collected from the wild rather than engineered was promoted by the then US President Donald Trump. (some had even suggested it was engineered as a possible biological weapon)

The conspiracy theory has got a new life and revived again prompted by scientists who had been always suspicious of the Wuhan Lab leak, and also because of a classified US intelligence report – which said Wuhan laboratory’s three researchers were treated in a hospital in November 2019 just before the virus began infecting humans in the city.

Moreover, in July this year, an US intelligence review into the origins of the deadly virus stated that it was possible the virus accidentally escaping from the Wuhan lab was as credible as the possibility that it emerged naturally in the wild. This was according to a CNN report, said the News18 article.

Finally, the US expert Anthony Fauci, President Biden’s chief medical adviser, told the US senate committee on May 11 the “possibility certainly exists”, and that he was in favour of a complete investigation.

But a new assessment, ordered by President Biden 90 days ago,and conducted by US spy agencies and health experts recently did not submit any conclusive evidence on whether humans contracted the COVID via a lab leak. Largely, because it was difficult to obtain any detailed information from the Chinese.

There’s still hope however as a new report on the origins of the COVID-19 pandemic will be presented to President Joe Biden this week, said the News18 report.

However, some members of the scientific community felt it was too late to get to the bottom of the cause of the pandemic. Angus Dalgleish, professor of oncology at St Georges, University of London, and Norwegian scientist Birger Sorensen, who had struggled to have their work published showing a link between the virus and Wuhan research, had talked of an “extreme cover-up”.

Prof Dalgleish felt that it may now be too late to get to the bottom of what happened with the pandemic because of all this stalling but he thinks there is enough evidence out there. “It may be that if they (Wuhan Lab) hadn’t been doing this work [a] pandemic might never have happened,” he said, The Telegraph reported.

Meanwhile, Daszak, who was removed from the UN’s Covid commission in June over his scientific impartiality (he is still part of the World Health Organisation COVID investigation team) continued to maintain that there is still “little evidence for a lab leak theory”. He wrote this in an article he had co-authored along with the WHO team in ‘Nature’ . Daszak had also warned that it may soon be too late to get to the bottom of how the pandemic started.

And, the answer to whether the virus emerged from natural viral spillovers from bats to another animal and then into humans or did it leak from the Wuhan Institute of Virology, will remain a conundrum forever.