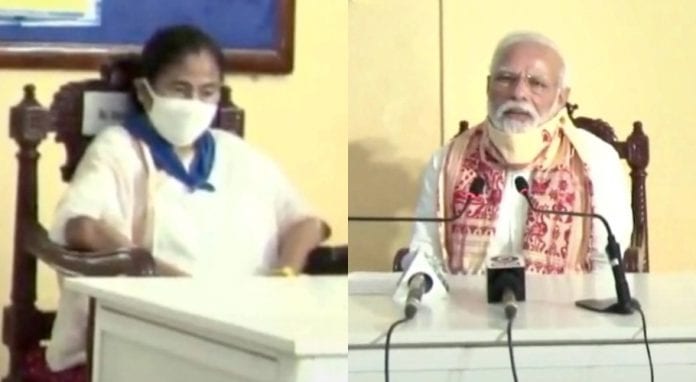 In a letter to Modi on Friday – her second in two days – Mamata highlighted a potential shortfall in oxygen supply to the state | Photo: PTI

Chief Minister Mamata Banerjee has urged the Centre to increase allocation of medical oxygen to West Bengal, where COVID-19 cases have seen an alarming increase over the past few weeks.

In a letter to Prime Minister Narendra Modi on Friday – her second in two days – Banerjee highlighted a potential shortfall in oxygen supply to the state, which is among those worst-affected by the second wave of the pandemic.

Banerjee, sworn in as chief minister on Wednesday, pointed to the increasing consumption of oxygen in the state and said demand had already gone up to 470 metric tonnes per day, and was expected to rise to 550 MT.

“… consumption of medical oxygen is increasing rapidly due to increase in COVID positive cases. It has gone up to 470 MT per day in the last 24 hours and [is] expected to increase to 550 MT in the next seven to eight days,” she wrote.

“However, instead of allocating the same… Government of India has increased allocation to other states, from the total production in West Bengal during the last 10 days, from 230 MT to 306 MT… keeping the allocation for West Bengal constant at 308 MT.”

West Bengal produces around 560 MT of medical oxygen, of which it is currently using 470 MT.

Also read: How Kerala has zero vaccine wastage and gets more from its vaccine vials

However, as cases continue to increase, demand is expected to rise sharply. “Anything less than 550 MT per day will adversely affect the situation… and may lead to loss of lives,” the CM said.

COVID-19 cases in West Bengal have been on the rise following the recent protracted assembly elections. The increase may be the result of poll campaigning, according to experts.

Thousands of people violated social distancing and face mask rules to attend rallies held by Modi and Banerjee, among others.