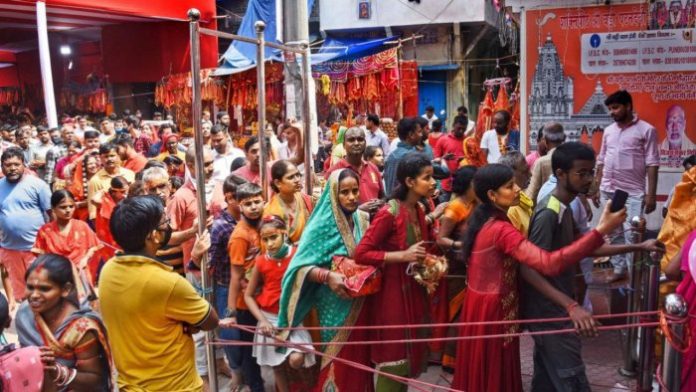 India's R-value remains below 1 on October 18 despite the fears over the crowding due to the ongoing festive season. PTI Representational photo

India’s R-value, or the rate at which the coronavirus pandemic is spreading has remained below 1 since September indicating that the infection rate is dropping, said a study conducted by the Chennai Mathematical Institute (CMI). The R-value signifies how many people one person can infect on an average and can reflect the potency of the virus.

Based on their calculations, the CMI researchers found that the R-value of the top ten states with the most number of active cases was below 1 until October 18, said media reports.

However, some cities continued to show a rising number of active cases. Kolkata, for example, has an R-value over 1, probably due to the massive crowds during the Durga Puja, said Sitabhra Sinha, who is leading this research, said a News18 report. Bengaluru too shares this dubious distinction of having an R-value over 1 since mid-September. The R-values of Chennai, Pune and Mumbai are however just below 1.

After the severe second wave of coronavirus raged in the country between March to May this year, the daily COVID-19 cases have started to go down. On Tuesday (October 19), India reported 13,058 new coronavirus infections, which is the lowest in 231 days, according to the Union Health Ministry’s data, said media reports.

The country logged below 30,000 new coronavirus infections for 25 straight days and less than 50,000 daily new cases were recorded for 114 consecutive days now.