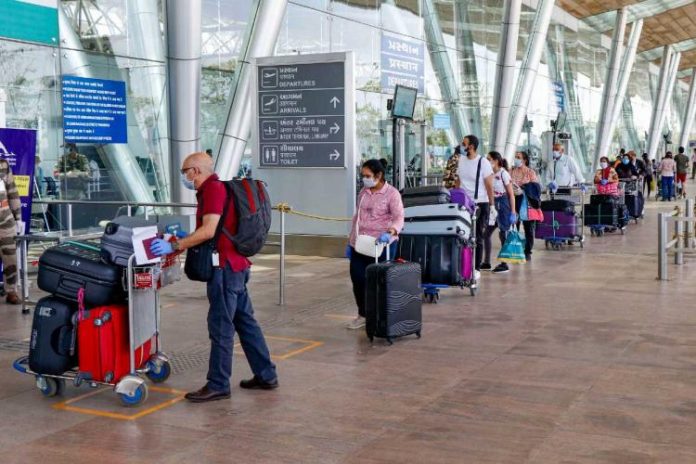 The UK nod to Covaxin comes in the wake of the WHO's approval to India's homegrown COVID 19 vaccine. Pic: Representational purpose PTI

True to their word, UK has allowed Indian travellers fully vaccinated with Bharat Biotech’s Covaxin into their country from today (November 22). Adding India’s indigenous vaccine to its list of approved COVID-19 vaccines for international travellers means that Indians travelling to the UK do not have to self-isolate after arrival in Britain.

This move will come as a huge relief for Indian students and tourists travelling to the UK. The UK government has also added China’s Sinovac and Sinopharm in its list of approved vaccines, which will be a boon especially for the large number of Chinese students attending universities in the UK.

This approval comes in the wake of the World Health Organisation (WHO) recognising Bharat Biotech’s Covaxin for emergency-use listing on November 3. Without a WHO nod,  it would have become very complicated for Indians to travel abroad.

The UK seems to be following in the footsteps of Australia, which last month expanded the number of shots it recognises. The US too gave the green signal for all WHO-approved vaccines when it opened its doors to foreign travellers this month.

The UK included Covishield, the India-manufactured Oxford-AstraZeneca COVID-19 vaccine, in its approved list only last month. Shortly after, on November 9, Alex Ellis, British High Commissioner to India, said on Twitter, “More good news for Indian travellers to the UK. From 22 November travellers fully vaccinated with a COVID-19 vaccine recognised by WHO for Emergency Use Listing, including Covaxin, will not have to self-isolate; so joining those fully vaccinated with Covishield”.

UK also began accepting India’s vaccine certificates from October 11, after a row broke out which led to UK nationals facing mandatory 10-day quarantine on arrival even if they were fully vaccinated. Indian government officials had confirmed to the media that more than 110 countries have given recognition to Covaxin and Covishield.

Covishield and Covaxin are the two main vaccines being used for India’s immunisation programme, which commenced on January 16, though the country has also approved Russia-made Sputnik and Johnson & Johnson’s single-dose vaccine.

The UK government has also simplified the travel rules for all under-18s coming to England. They will now be treated as fully vaccinated when they enter and will be exempt from self-isolation requirements on arrival, the day-8 testing and pre-departure testing. They will only be required to take test for COVID-19 after arriving in the UK and a confirmatory free PCR test if they test positive.