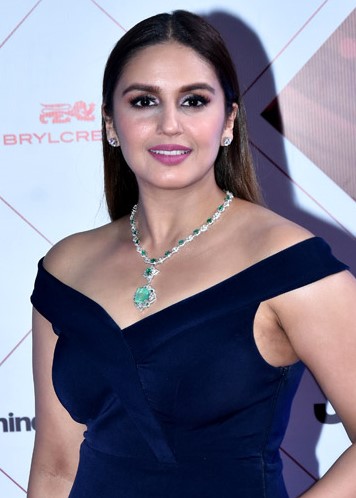 Bollywood actor Huma Qureshi said she was angry, upset and horrified seeing people gasping for breath without oxygen in hospitals. She decided she had to do something concrete. Pic Wikipedia

Bollywood actor Huma Qureshi said in an interview that she actively got involved with COVID-19 relief operations since she wanted to do something “concrete” instead of just venting on social media. Moreover, she was angry and upset with the situation in the country.

Huma who was recently seen in the Hollywood zombie heist film, Army of the Dead streaming on Netflix, told Bollywood Hungama that she was horrified by what happened a few weeks ago in the country. Seeing the visuals of people struggling for oxygen felt very “horrific and very immediate”, she said.

Huma and her Army of the Dead director, Zack Snyder got together with global non-profit organisation Save The Children to build a temporary hospital facility in Delhi with 100 beds and an oxygen plant. The COVID-19 care unit includes a children’s ward, a paediatric ICU and a neonatal ICU, said an India Today report. 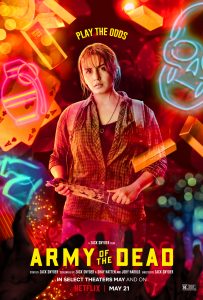 Further, explaining what egged her on to help out during this crisis, she said that she felt concerned about the plight of the people in smaller towns and villages. If the situation was so bad in the big cities, she wondered how the interiors of India were faring.

“I was angry, I was upset, I was horrified but I was like kuch toh karna padega ( I have to do something). I can just flail my hands and vent on social media but usse kuch hone nahi wala (nothing will come out of it),” she pointed out.

Huma also contacted many Bollywood celebrities to donate money but they did not respond to her. However, she later learnt that they had quietly donated to the charity she had suggested since they did not want to attract attention. The actor, who made her debut in Indian cinema with Gangs of Wasseypur was spotted in Army of the Dead as a refugee who gets stranded in a zombie-infested quarantine zone.

Huma also said that she felt uncomfortable promoting Army of the Dead but she was only doing her professional duty, and that she stands in support of her countrymen. She added that she felt very strange putting the poster of the film out. “And I knew I had to do it, and at a personal level, I was very excited. But at the same time, I knew that people were going through such pain and suffering around me,” she told the media.

Interestingly, Huma’s first film would have been opposite Tamil superstar Ajith if the film Billa II, directed and produced by Chakri Toleti had not been delayed. Huma got noticed in Anurag Kashyap’s Gangs of Wasseypur and went on to act in many films, including Luv Shuv Tey Chicken Khurana, Ek Thi Dayaan, Badlapur, the Indo-British production – Viceroy’s House and was the protagonist of a dystopian web series directed by Deepa Mehta called Leila, which released in 2019.

Huma will play a simple village woman from Bihar, who goes on to become the chief minister of the state in the political drama series Maharani, which will release on Sony LIV on Friday (May 28).