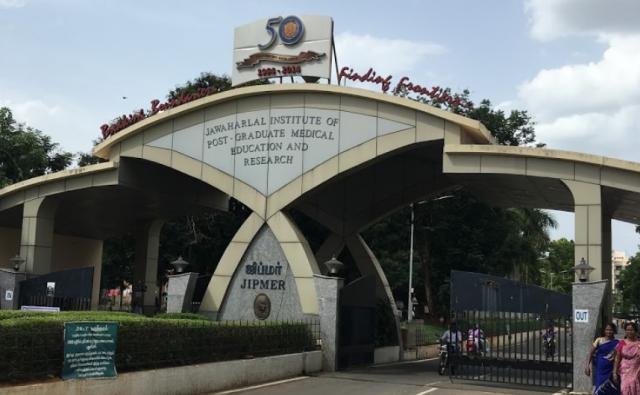 The Tamil translation of the press release was not interpreted properly.

A recent press release by the Jawaharlal Institute of Postgraduate Medical Education and Research (JIPMER), Puducherry, has created a lot of confusion and panic on and offline.

It has said that from April 26 (Monday) all outpatient services would be suspended. Since the Tamil translation of the release has not interpreted it properly, the social media is agog with speculation whether the prestigious medical institution is going to shut the outpatient department indefinitely.

However, the statement in English has clearly stated: “It has been decided to suspend physical visits for ‘elective’ OPS services temporarily from April 26”. The Tamil press release says “all types of OPD have been suspended”. This gave an impression that the hospital would not treat even COVID positive outpatients.

The English release says: “To provide care to critically ill COVID-19 patients and to reduce the risk of transmission of COVID to non-COVID patients coming for OPD consultation” it decided to suspend some OPDs.

It also added: “The hospital will also be suspending admissions for ‘non-emergency’ services and limiting the number of elective surgeries. In Tamil release, “non-emergency” has been interpreted as “all kinds of treatments.”

“We regret that there is some problem in the interpretation,” said a doctor from the hospital on the condition of anonymity.

“Earlier, the outpatients registered themselves and visited specialties concerned. The emergency and acute cases directly came to the casualty. Post COVID, to prevent the virus from spreading, we had a separate place for COVID positive outpatients. When they showed the symptoms, we did RT-PCR tests and if they turned positive, they were intimated through phone. If the disease is mild, they can get treatment from their home. And if they turned to be moderate and severe, they would be admitted,” said the doctor.

While this procedure continues, the other specialties which have the visits from non-COVID, non-emergency are to be closed.

“The people with Covid symptoms can come to the hospital and give the test. There is also a separate place which has been arranged for COVID outpatients within the hospital campus and they can also use that,” it added.

When asked whether there is any shortage of beds, the doctor said, it’s not about the availability of beds, but the beds with the oxygen facility.

The cardiology and other departments have given their ICUs, so we were able to attend the other Covid positive normal patients. So far we are able to manage, but if people don’t wear mask and continue to gather in public, we can’t control the spread”, he said.

Muthukannu, a resident of Puducherry, said since this hospital is famous for providing quality treatment for oncology, patients from neighbouring states like Tamil Nadu come here.

“Due to the suspension of outpatient services, those people are going to be highly affected,” he said.

Sugumaran, a member of the Federation of People’s Rights which filed a case in the Madras High Court seeking a lockdown in the Union Territory, said the Lieutenant Governor is trying her best to keep the situation under control.

“We filed the case in September 2020. One of our prayers was to increase the tests. The elected government hasn’t done that. The Governor’s office does take actions only when we push them to act, otherwise it goes into inertia,” he said. It is while hearing this case, the court has asked the Lt Governor to file a status report on Monday.