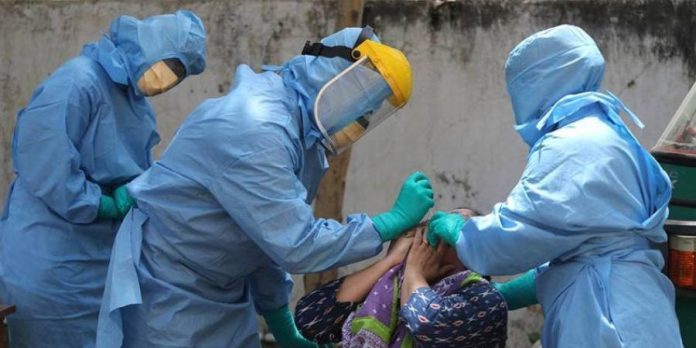 A combination of rapid mutations and widespread immunity may have given birth to a much less dangerous strain of the virus, even though it has very high transmissibility

Life — as we knew it before the coronavirus pandemic — seemed to have returned to normalcy for a few months after the outbreak of the Delta variant last year. Airport operations, both domestic and international, were reopened with less stringent norms for cross-border travellers. In Mumbai, local trains, dormant for the better part of the pandemic, reopened for travellers who were vaccinated.

However, we now seem to have gone back to square one, courtesy Omicron, a highly infectious (but less lethal) strain of the coronavirus, which has been causing case numbers in India to double overnight, prompting weekend curfews and other lockdown-like measures in several parts of the country.

Despite the panic and global hysteria over Omicron, scientists and medical experts suggest that there could be a silver lining to this variant. As case numbers continue to rise exponentially, hospitalisation rates and the number of critical cases remain extremely low. For example, Mumbai, the city worst hit by Omicron so far, recorded a whopping 10,000+ cases on Monday. Of these, 9,665 patients were asymptomatic, and only 834 patients required hospitalisation.

Out of the endless possibilities that the pattern of the pandemic may now take, experts say that there exists a scenario in the near future wherein man and virus have to coexist. This highly infectious but a much milder strain of the virus suggests that if all the variables play out right, achieving endemicity could be a possibility sometime in the near future.

This does not mean that we have already transitioned from a pandemic to an endemic stage of the coronavirus, but rather, the characteristics of Omicron signal that the transition could be underway.

“Pandemic means when the virus reaches multiple countries around the globe,” said Dr. NK Ganguly, former director-general of the Indian Council of Medical Research (ICMR). “Endemicity occurs when the infection(s) have settled down and stabilised in a country. However, fallout cases will go on happening, although not of a proportion where you could call it an epidemic. It will be much lesser. It is safe to say that there will be some local outbreaks within the country but essentially, the virus will itself would become more like a subtle infection.”

Ganguly said that the current phase of the Omicron variant does not mean that we have already entered an endemic stage. According to him, local transmission of Omicron has begun in India. At the same time, he also pointed out that Omicron will settle down quicker than Delta.

Also read: Why are vaccinated people getting COVID-19 of late?

“Omicron will spread more till it reaches its peak and then starts plateauing. It will likely go on [in India] till January end or early February, which is when the variant will peak, and then slowly wane off because the virus is of a lesser variant; it doesn’t cause too many hospitalisations and deaths. However, it may cause problems for those who are vulnerable and are already suffering from co-morbidities. But for the majority of people, Omicron is not as dangerous as its predecessor, the Delta variant,” Ganguly said.

“The virus will go on mutating because it has established itself in the globe; some of the mutants will become more transmissible — but with vaccinations and huge exposures like Omicron, etc. it could end up causing low-grade infections, much like a common cold.”

Asked if the Omicron variant signals a transition from the pandemic to the endemic stage, Dr Suneela Garg, national president of the Indian Association of Preventive and Social Medicine, and a member of the Lancet Commission COVID India Task Force, said: “Yes, it has to be like that. The infection is of almost only five days duration, which means that the virus is mild in nature, and so are its symptoms.”

Dr Garg pointed out that almost 90 per cent of hospital beds in Mumbai and Delhi are empty, even though the infection rate is doubling overnight. Omicron also targets the bronchus and was seen to multiply in the throat, she said, as compared to its previous counterparts that attacked the lungs and spread there.

“In India, natural immunity against the virus has a major role to play,” Dr Garg feels.

“The serosurvey for Delhi showed that almost 90 per cent people had been infected, and across the country, 70-80 per cent of the population had been infected. The ICMR Level 4 survey showed that 67.9 per cent of people were infected. The fact that the Indian population has had high levels of infections and exposure to the virus — added with almost 146 crore vaccinations that we have administered — is important to note because India now has two kinds of immunity. One is natural immunity and the other is vaccination immunity. In all probability, the infection-acquired immunity is the best because it is of the total virus. The antibodies from a natural infection are going to stay for much longer,” Dr Garg added.

Dr Garg said that there is no guarantee that people won’t get infected in the future. “Infections will occur, but of a much milder nature,” she said. “What we [India] have done is that we have got immunity through the disease, and on top of that, we have boosted the immunity through the help of vaccinations. Coming to the question of endemicity, we cannot yet say that we have entered an endemic stage since we are currently seeing a large chunk of cases. But what will happen is that as more and more people continue to be infected, their immunity against the virus keeps getting boosted. Gradually, if the spike goes up or down, we [India] will be so much protected that infections occur only in bits and parts,” she added.

“It [the virus] should become like a common cold… but we still have to stress upon equitable and equal distribution of vaccines,” Dr Garg said.

“The difference between India and other countries like USA, Israel, Germany is that the latter has got their major immunity through vaccines. Our immunity is much stronger because it is twofold in nature: it is an infection-acquired immunity, further boosted by the vaccines. Furthermore, the second wave that India experienced was also a very strong wave. These are the reasons why, in all probability, we will move towards endemicity,” Dr Garg said.

Dr Garg stated that just because infections across the globe are milder, it did not mean that the virus would soon go away or be completely eradicated.

“Different parts of the world will still have coronavirus pockets — which is called endemicity — and that is why I say that people have to learn to live alongside with the virus,” Dr Garg said.

A recent article by Bloomberg, based on data acquired over the past week, stated that despite the soaring infections, we might be entering a new and less worrying chapter of the pandemic. A study out of South Africa found that patients admitted to the hospital there during the Omicron-dominated fourth wave were 73 per cent less likely to have severe disease than patients admitted during the Delta-dominated third wave. Furthermore, while Omicron may be good at dodging the attacks of antibodies, recent studies “have also shown that it has far less success avoiding the second-line defences of vaccines and prior infections: T-cells and B-cells”.

A survey conducted by the Nature journal showed that many scientists expect the virus that causes COVID-19 to become endemic and to also pose less danger over time. More than one-third of the respondents to Nature’s survey thought that it would be possible to eliminate SARS-CoV-2 from some regions while it continued to circulate in others.

Senior epidemiologist Dr Giridhara Babu said: “Generally, an endemic is defined as when the number of cases is substantially low and constant. When you have rising case numbers — as we do now — one may not be able to term this as an endemic. Secondly, and more importantly, the definition of a ‘case’ itself needs to be revised by the WHO. At the beginning of the pandemic, to call every infection a case was OK. But now, a case should generally mean those who require hospitalisation. The case definition of COVID-19 needs revision — and this has been due for a long time.”

Dr Babu also pointed out that this virus has animal reservoirs. “It can always go back and forth between human beings and animals and in the process, since virus wants to survive, it will tend to be more infectious and less virulent since that is the rule of biology… but then these variations after the human-animal interfaces occur will make the virus more different. I would be very cautious at this stage to jump the gun and say we are already in an endemic stage. That is why surveillance is important: we need to continue what we are doing.”

“We need to look at data and then make assertions about the next logical step being endemic,” Dr Babu said.

“We will do well with Omicron mainly because of our natural immunity as well as our widespread vaccination coverage. I see a much favourable outcome in the next three months as compared to what we had during the delta wave,” Dr. Babu said.

“A pandemic becomes endemic when the spread is confined within the community and not being transmitted from outside, in the present context we cannot say that we have reached the stage of endemicity,” Dr. Vinod Scaria, scientist at CSIR Institute of Genomics and Integrative Biology, told The Federal.

(With inputs from Shahina KK in Kerala)