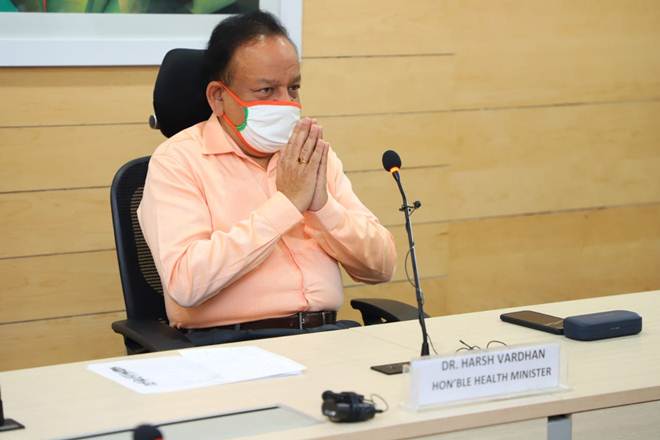 Union Health Minister Harsh Vardhan on Monday (May 4) said the Delhi government rushed into opening liquor shops at a time when the national capital was still in the red zone.

He added that it should review its decision in view of huge crowds outside these outlets which increases the risk of spread of COVID-19.

Many government-run liquor shops opened after over 40 days in the national capital on Monday had to be shut as people who gathered outside the outlets did not follow social distancing norms, forcing the police to use mild force to disperse the unruly crowd.

In most areas including Burari, Mayur Vihar, Gandhi Vihar, Rohini and Janakpuri, a large number of people had lined up outside outlets.

“It would not be right and wise to continue with a decision, taken knowingly or unknowingly, as its adverse effects have already become apparent. The Delhi government should review its decision,” Vardhan said.

Expressing concern over the relaxation of lockdown norms in the national capital, the health minister said till the time Delhi is in the red zone, minimum relaxations should be allowed and more stringent action needs to be implemented to curb the transmission of COVID-19.

He said the lockdown has helped in curbing the spread of novel coronavirus infection to a large extent and the doubling time of cases in the country now stands at over 12 days. “Our graph is steady and our doubling time of COVID-19 cases is over 12 per cent which before the lockdown was around 3 days. Also, India’s mortality rate compared to other nations is less. The recovery rate of patients in the country has also seen a progressive rise, he said.

The death toll due to COVID-19 rose to 1,389 and the number of cases climbed to 42,836 in the country on Monday, registering an increase of 83 deaths and a record jump of 2,573 cases in the last 24 hours, according to the Union Health Ministry.

According to the health ministry data, the number of cases in Delhi rose to 4,549 on Monday.