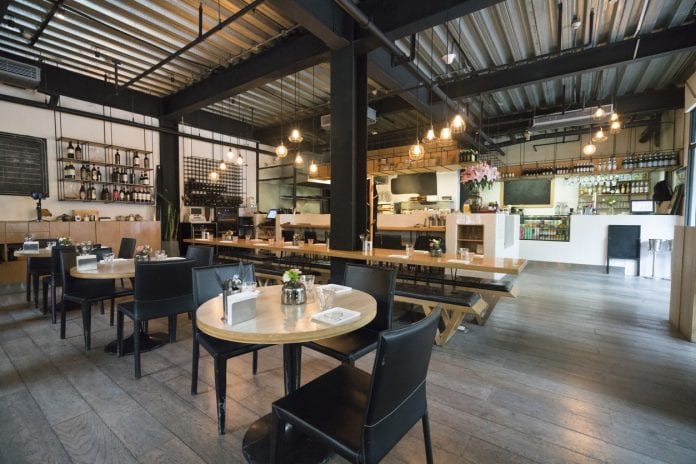 The government, in a much anticipated move, has given restaurants the nod to open their doors but many owners say the cap on the number of customers will make their operations unviable and it may be better to stay closed.

Indicating that dining out might still be some distance away and home deliveries will continue to be the order of the day, restaurateurs said the Health Ministry’s standard operating procedures (SOPs) don’t make economic sense as the cash strapped industry ventures out of the extended lockdown and plans its future.

The Health Ministry issued a set of SOPs on Thursday (June 4), curtailing the seating capacity to 50 per cent when restaurants open next week in accordance with an earlier order of the Home Ministry.

Citing social distancing norms, the SOPs also mandate a distance of at least six feet in queues and inside restaurants.

Asking restaurants to encourage takeaways instead of dine-ins, it says only asymptomatic staff are allowed to work and entrances to all properties must have sanitiser dispensers and thermal screening provisions.

Accepting the need for most of the other restrictions, industry insiders said halving the seating capacity is just not feasible.

The SOPs are even more detrimental than the extended lockdown, which started on March 25, said Priyank Sukhija, the owner of restaurant chains such as Plum By Bent Chair, Lord of the Drinks and Tamasha in Delhi and Mumbai.

“With a 50 per cent seating limit, about 80 per cent of restaurants will not make money even when they open up later because managing rental costs, staff salaries and electricity bills wont be possible,” Sukhija told PTI, adding that he is glad his restaurants will remain closed since he pays an average rent of ₹12 lakh a month for each of his large-scale restaurants.

Related news: COVID-19 is changing consumer behaviour and how

Sukhija said the Delhi government, like in Gurgaon, should allow them to use their terraces and open spaces.

“If you want  50 per cent capacity and want people to space out, the government should let the restaurants use their own terraces, or they should provide public land. They need to come out with a policy like that, because this is more detrimental than the lockdown,” Sukhija said.

The set of regulations currently applicable have been derived from two government orders the June 4 SOPs and the Ministry of Home Affairs order of May 30, which allowed restaurants to open from June 8 but limited their operations beyond 9 pm. It also noted that bars were to remain closed.

The restaurant sector may have incurred revenue losses of over ₹80,000 crore in the two-and-a-half months of lockdown, estimates National Restaurant Association of India (NRAI) president Anurag Katriar.

The Indian restaurant industry employed 7.3 million people in 2018-19, according to the NRAI India Food Services Report 2019.

“It’s not just about the seating,” Katriar said.

“As far as seating is concerned, the SOP mentions only two things 50 per cent capacity and six feet distance. But restaurants are of different shapes and sizes. Now, a restaurant that is 10 ft wide and 15 ft in length, wont be able to accommodate more than two tables,” he explained.

However, he described the new set of guidelines as a logical move in the right direction.

“It covers most of the concerns that we have, but there are a lot of things that need work,” he said.

Zorawar Kalra, founder of Massive Restaurants Pvt Ltd, said he understands the SOPs were released keeping in mind the current scenario when the country is battling rising COVID-19 cases. However, running a restaurant with 50 per cent customer capacity is not feasible.

“We are hopeful that very soon in phase two the capacity will be increased. Anything below 75-80 per cent will render most restaurants unfeasible,” Kalra said.

The curfew time of 9 pm and the restrictions on the functioning of bars are other worries.

Joy Singh, co-partner at Raasta and Yeti-The Himalayan Kitchen, said he does not understand the discrimination being meted out to the restaurant industry by the government.

“If airlines can deny leaving the middle seats empty to prevent making losses, then why are restaurants and bars being treated like that? They did not consult us before coming up with the regulations, they just announced. Eighty per cent of restaurants across the country have liquor licences. You can’t say restaurants can open and the bars can’t,” Singh said.

He said restaurants do most of their business after 9 pm when people are done with the days work, and alcohol is a major draw at the time.

“About 85-90 per cent of our business comes after 9 pm. And we are not allowed to sell alcohol, which the government itself is selling. I don’t understand why,” Sukhija said.

With the dine-in situation stuck in a crisis, most restaurants are relying on deliveries and takeaways to keep the business running.

Sukhija, too, is all set to venture into the delivery-takeaway segment  with two of his restaurants Plum by Bent Chair and Lazeez Affaire — but he will not be delivering cooked food.

With an aim to offer a gastronomical experience close to that of the restaurant, he has decided to create DIY kits, which will comprise semi-cooked food along with additional condiments, which can be prepared by the customers at their homes in less than five minutes.

Singh also took the delivery plunge with Yeti barely a fortnight back, and said the business has been decent.

While most of the industry has been crippled during the lockdown, the QSR (quick service restaurants) segment, including eateries such as KFC and Taco Bell, have done better. They have always been active in the home delivery segment and the numbers have shot up  in the lockdown.

“While deliveries were contributing a small portion of revenue before, it has now become relevant to a far greater audience now, due to restricted movement. Digital/online ordering has doubled during the lockdown and is going to increase in importance in the times ahead,” said Moksh Chopra, chief marketing officer, KFC India.

Related news: Explained: Can you catch Coronavirus infection from food?

A major challenge for QSR outlets is managing a crowd which gathers in the restaurant for takeaway orders.

While KFC has introduced a dedicated counter for takeaway orders, with demarcated waiting spots to ensure social distancing during queuing, Taco Bell has put floor markers in place, and introduced screen guards at the counters to ensure distance between the staff and customers.