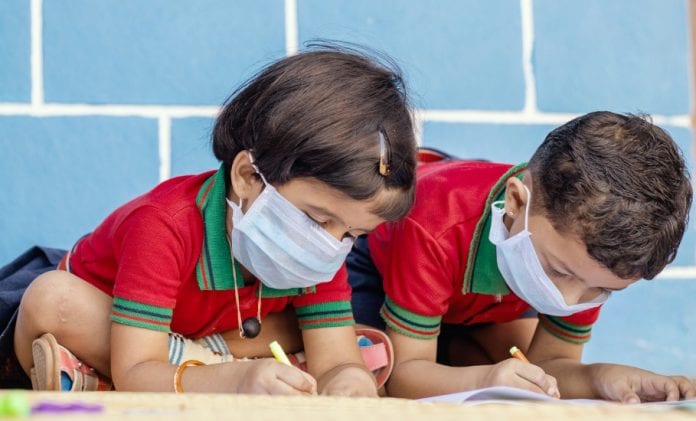 At a time when the world is talking of scaling production of COVID vaccines for adults,  major US vaccine makers – BioNTech and Pfizer – announced they now have vaccines that are completely safe for children in the age group of 12 to 15.

The results are encouraging enough to restart schools in the US from the next academic session. So far, vaccine makers all over the world weren’t talking about inoculating kids and teenagers, primarily for lack of clinical trial data.

The US FDA has permitted BioNTech and Pfizer to start trials among children as young as 6 months old up to 11 years of age.

The Associated Press reported that Pfizer would soon apply with the US health department to include teenagers in the list of vaccine takers. Pfizer and BioNtech conducted the trials on 2,260 volunteers in the US, who were in the age group of 12 to 15 years.

A Pfizer spokesperson said side effects were seen among the subjects like pain, fever, chills and fatigue, particularly felt after the second dose.

Scientists believe vaccinating children of all age groups is essential to stop the spread of COVID pandemic.

Innoculating children is important because schools, the world over, are shut primarily in the absence of a vaccine. Thus resulting in acute stress to young minds and depriving them of knowledge.

Also read: Children who die by suicide don’t want to end lives, but end their pain

Besides Pfizer, results are awaited from Moderna’s vaccine in the 12 to 17 age group. AstraZeneca began trials in the 6 to 17 years age group in Britain. Johnson & Johnson too is in the planning stage to launch a vaccine for kids.

Chinese company Sinovac has claimed its vaccine is safe in children as young as 3 years old.