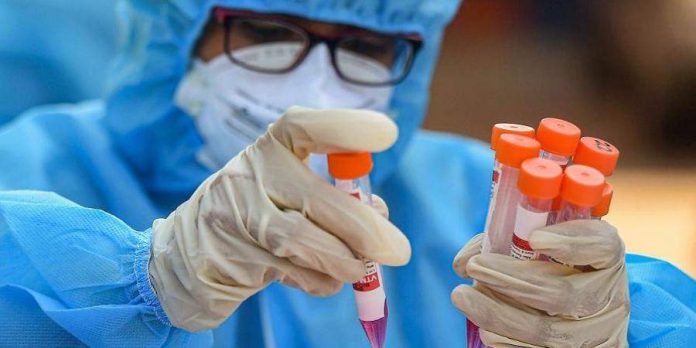 Recent studies of factors associated with greater COVID-related deaths have shown greater risk for those with severe asthma and respiratory diseases, apart from comorbidities. Representative Photo

Hundreds have died and thousands more are dogged by respiratory illness and other diseases. The long-term impact on their health is still unknown. They have spent a fortune on medical treatment while losing jobs and incomes. They are deeply upset at the lack of state support to get over the crisis.

This is a description of the woes of residents of Bhopal badly hit by the second wave of COVID-19 since early April this year. There are several differences, but this is eerily similar to what many in the same city went through 37 years ago, when parts of the city were shrouded by poisonous methyl isocyanate leaking from the Union Carbide factory.

The accident at the pesticide plant in Bhopal on the night of December 2, 1984, was the world’s worst industrial disaster, killing thousands of people immediately and many thousands more over the years. Some half a million survivors suffered respiratory problems, eye irritation or blindness, and other maladies resulting from exposure to the toxic gas.

He was not even born when his grandma’s life was devastated by the gas leak tragedy and spent much of her years battling respiratory problems before dying at the age of 88.  “She raised, nurtured and taught me and all my siblings the art of living”, he remembers.

Exposure to methyl isocyanate is known to be associated with a variety of disorders and diseases, including hyperglycemia, uremia, lung diseases and pulmonary fibrosis. Recent studies of factors associated with greater COVID-19-related deaths have shown greater risk for those with severe asthma and respiratory diseases, apart from comorbidities such as diabetes, chronic heart disease, liver disease, reduced kidney function, autoimmune diseases and other immunosuppressive conditions.

Also read: All 5 who died of COVID-19 in Bhopal were 1984 gas tragedy survivors

Tragically but not surprisingly, COVID has also affected survivors of the gas tragedy disproportionately. A survey carried out last year showed the death rate due to COVID-19 among those exposed to methyl isocyanate gas was 6.5 times higher than the non-gas exposed people.

The survey calculated that 254 out of the 450 COVID deaths reported in Bhopal up to October 18, 2020, were those of people exposed to the gas during the disaster. While death per 100,000 population among the non-gas affected was 8.39 among the gas affected it was as high as 54.85, a statistically significant difference.

The unpublished survey, carried out by organisations working among the survivors, used official records, population data and information collected through home visits and phone calls.

The problems of COVID-19 affected families today are reminiscent of those who struggled without any state support in the aftermath of the gas disaster over three decades ago.

“The government has promised ₹ 100,000 to the next of kin of the deceased, but no help has been received even after two months of normalcy,” says Prateek Gupta. He says the Covid-related lockdown took away his job and he has been unemployed for one-and-a-half years.

Another feature of the way the government has behaved that mirrors what happened in the days after the Bhopal gas disaster is the way data on deaths has been fudged. Thousands who lost their kin to the deadly methyl isocyanate were denied any kind of compensation as state officials refused to accept their claims.

To date though the exact figures of deaths from the Bhopal gas tragedy is not known. While official records show only around 3,787 deaths, more independent estimates put it between 15,000 and 20,000.

In the case of the recent surge in COVID cases while the official death toll in Bhopal district was only 109 in April, records from the three crematoriums and one ‘kabristan’ (graveyard) showed that 2,567 bodies were laid to rest under the COVID protocol from April 1-30. The undercounting of infections and deaths due to COVID has been severe in Madhya Pradesh, with the overall spike in deaths in the state nearly three times more than normal in April and May this year, than in the same months in the previous years.

“I never thought I would once again see more than 100 dead bodies cremated together in one go” says 70-year-old Jagdish Chandra Nema, a well-known photojournalist in Bhopal. He remembers helping cremate over 112 bodies, together with his team of 12 people at the Chhola crematorium after the gas tragedy. During the second COVID wave more than 100 bodies were cremated on a single day towards the end of April at the Bhadbhada Vishram Ghat.

The way ordinary citizens have been left to fend for themselves during the recent COVID wave is also a repeat of what happening in 1984.

Also read: COVID: As 15 of 17 deceased in Bhopal are gas tragedy victims, govt steps in

“The system broke down during the COVID wave just as it did after the gas disaster,” says Satinath Sarangi, founder and manager of Sambahavna Trust, which has been working among survivors of the tragedy for over three decades. “The healthcare system became useless for a large number of people”.

“I had only heard of the Bhopal gas disaster, but COVID-19 has made me experience that all over again,” says Rakesh Singh of Berasia, whose brother died due to lack of timely treatment. His sister also got black fungus in the first week of June 2021 after being infected with COVID-19.

He had taken his sister to the city’s major state-run Hamidia Hospital for treatment, which lacked the liposomal amphotericin B injections needed to treat the black fungus. Rakesh says that elders in his family had told him about the gas tragedy and how that time too there were no medicines and hospitals were few. This time there were hospitals, but beds were not to be found. When the black fungus epidemic happened, medicines were not available for its treatment.

Jeevan Shinde, 69, who lives in Tilajmalpura was a survivor of the gas tragedy and remembers fleeing his house along with family members on that fateful night in 1984.

During the COVID wave, his niece’s husband was affected by the infection and had to get treated in a private hospital as they could not find any beds in government facilities. Finally he died of various complications, despite the family spending over ₹ 250,000 and his niece’s family is yet to receive any compensation from the government.

“No matter which government is in power, sir, the loss is only of the general public,” he laments.

Compensation for COVID deaths will make for a cleaner Census