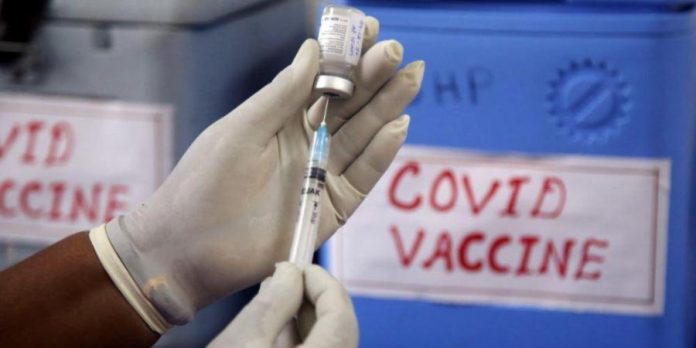 The Centre's decision to increase the gap between two doses was based on a scientific study which said that the protection would be enhanced if the second dose is administered between 6-8 weeks, but not later than the stipulated period of 8 weeks.

As the nation enters the third phase of COVID vaccination starting May 1, an increasing number of citizens are anxious about getting the dose at the earliest, especially those who are waiting for their second dose. Doctors and health experts, however, say the second dose seekers should just relax and wait for their turn.

Dr Tatyarao Lahane, director of Maharashtra Directorate of Medical Education and Research (DMER), said, “People who have taken the first dose can take the second one anytime in a span of three months. A delay of 7-8 days is absolutely no cause to worry about. Your antibodies are stable during this period and there is no need to panic.”

Health experts say an increased gap between two doses is not a bad idea after all. In fact, the Union Health Ministry too increased the duration between the two doses of Serum Institute’s Covishield from 4-6 weeks earlier to 4-8 weeks now. The decision was based on scientific study which said that the protection would be enhanced if the second dose of Covishield is administered between 6-8 weeks, but not later than the stipulated period of 8 weeks. The second dose of Covaxin, however, needs to be taken four to six weeks after the first.

Can the time difference between two doses be increased?

A new study, led by Seyed Moghadas at the York University in Toronto, Canada, too has found that delaying the second dose of COVID-19 vaccines could not only improve the effectiveness of vaccine programs, but also cut down on new infections and hospitalisations.

The study found that delaying the second dose for 9-15 weeks after the first dose resulted in fewer hospitalisations, infections, and deaths as compared to following the current, recommended schedules for both vaccines. The researchers said this observation is significant at a time when the world grapples with vaccine shortage and the challenge to provide at least the first dose, so as to provide some immunity against the deadly virus.

“When racing against a burgeoning outbreak, our results show that prioritising vaccine coverage with rapid distribution of the first dose would be critical to mitigate adverse outcomes and allow the healthcare system to also address non-COVID-19 medical needs of the population,” the authors of the study noted.

However, Moghadas, the lead researcher, said that with new variants of the virus surfacing every other day, it will be important to study if the delayed second dose still remains that effective.

A Lancet study too recommends that a longer interval may improve the vaccine’s efficacy, suggesting a 12-week time difference between the two doses. However, the vaccines in use right now have been given emergency approval and it would be better to administer the second dose within 8 weeks with new variants of the virus emerging, the study says.

In view of the next phase of vaccination, which starts on May 1, and includes people in the 18-45 age group, the manufacturers as well as states look highly constrained in meeting the ever-rising demand for the jabs. As per one estimate, India has about 59 crore people in the 18-45 age category and vaccinating them all will be a big challenge considering the output limitations of the two producers – Serum and Bharat Biotech.

At present, the two companies are collectively producing 20 lakh doses a day.

On the first day of May, about 4 crore people will be ready for the second dose and this number will keep increasing, thus adding about 6.5 crore people by the end of May.

“Most likely, after eight weeks, you should consider your first dose to be a waste of time,” Dr Kunal Sarkar, the chief cardiac surgeon and senior vice chairman of Medica Hospital in Kolkata, told Business Insider.

Several states have temporarily halted the vaccination drive for a couple of days, looking at the increased demand.