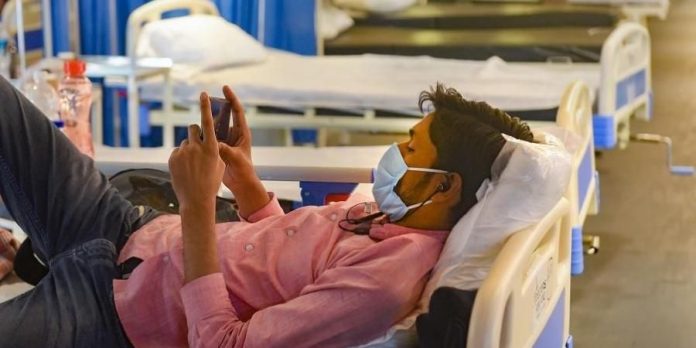 Chennai has turned the corner with the number of new COVID-19 cases declining continuously for six days. The health department’s May 24 bulletin said there were 4,985 new cases in the city.

The city reached the 4,000-case mark on April 27 last month, but then the graph showed the city was yet to reach the peak and the number of cases started climbing.

The positivity rate in the city is also declining. After reaching a peak of 26 per cent on May 10, it declined to 17.22 per cent on May 23. “There is definitely a positive trend seen in Chennai as the number of cases is declining and this is a welcome sign. But this should not make us lower the guard. Vaccination must increase in the city,” said data analyst Vijayanand.

He said zone-wise, Anna Nagar had the maximum number of active cases followed by the Adyar Zone. Manali had the lowest number.

Also read: Chennai COVID cases, positivity rate down, but too early to call a peak

In Chennai region, which includes Chennai, Chengalpet, Tiruvallur and Kancheepuram, the total number of new cases on May 24 was 8,928 against 10,827 cases in Tamil Nadu’s western region. On the same day, Chennai had 48,151 active cases, compared to 33,325 in Coimbatore.

Kallakurichi did not report any deaths on Monday while all other districts reported deaths with Chennai reporting the most (81).

Vaccination needs to increase as fast as possible. Chennai has so far vaccinated a total of 18.36 lakh people who have taken a single dose and nearly 5.62 lakh have taken both the doses. “We need to ramp up vaccination as fast as possible as that alone will prevent the virus from transmitting to more people,” said Narayana Health chairman Dr Devi Shetty.

He said to prevent the third wave, which is said to affect children more than anyone else, more young parents must be vaccinated.

Within Chennai city, many are complaining that they are not able to take the second dose. With the increase in vaccine demand, the wastage of vaccine doses has declined to 5% from 13% in February this year.