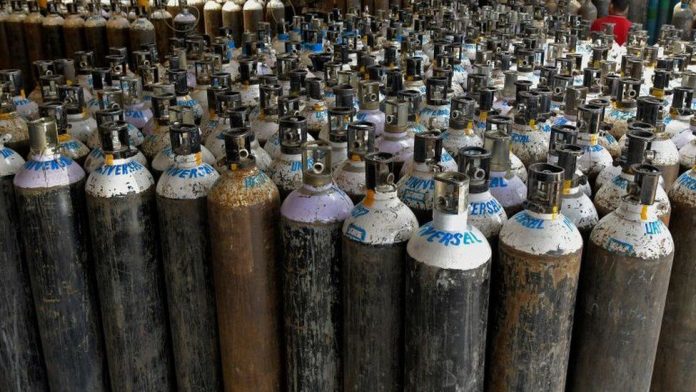 More and more hospitals in the national capital have been complaining of a severe shortage of medical oxygen.

Low oxygen pressure supplied to the critically ill patients led to the death of 25 people on Friday (April 23) at the Jaipur Golden Hospital in Delhi, according to a top official of the hospital, media reports said.

“We lost 25 patients, almost all of whom were in the critical care unit and on a high flow of oxygen. Our liquid medical oxygen was over by about 10 pm and then we switched over to the oxygen cylinders attached to the main gas pipeline. There was a drop in pressure and the patients could not survive,” Dr Deep Baluja, medical director of the hospital, told media.

“We had been allotted 3.5 metric tons of oxygen from the government. The supply was to reach us by 5.30 pm, but it reached around midnight. By then, 20 patients had died,” Dr Baluja said. The hospital said it received only 40% of its allocated quota and is again in a crisis situation.

Also read: ‘I visited 35-40 hospitals in Bengaluru for grandma. All had one reply: no bed’

Over 200 COVID patients admitted at the hospital are reportedly critical and need oxygen.

“We are again in a situation of crisis, 200 lives are on the line. Last night (April 23) we were at least able to save most patients. We will not be able to do that today. We have exhausted our backup,” said Dr Baluja. The hospital is said to have another 30-minute oxygen supply left.

“Urgent SOS…We have less than 2 hours of oxygen supply @Moolchand_Hos. We are desperate have tried all the nodal officer numbers but unable to connect. Have over 135 COVID pts with many on life support #. @ArvindKejriwal @CMODelh i@LtGovDelhi @satinderjain26 @PMOIndia (sic),” Moolchand Healthcare said in a tweet on Saturday  morning. The hospital has stopped admitting new patients till it resolves the supply issue.

The hospital has now approached the Delhi High Court seeking help, saying it was staring at a “big human tragedy”.

“We are gasping for oxygen. We have our doctors before you. Please save lives. Please,” it said in its petition.