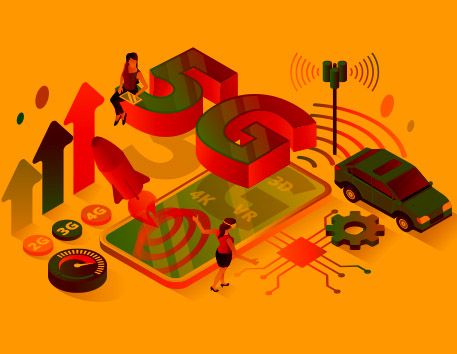 In what is seen as a bid to take on Reliance Jio’s Made-in-India pitch in the 5G space, the Tata Group and Bharti Airtel on Monday announced plans to collaborate on indigenous 5G network solutions.

The Tatas have locally developed Open-RAN-based 5G radio and core solutions, which Bharti Airtel will now deploy, with the pilot starting in January 2022. According to an Economic Times report, this will allow the telecom firm to trim the cost of its 5G deployment.

OpenRAN allows hardware and software to be dis-aggregated, unlike conventional radio gears, the report said. This enables technology products from different suppliers to co-exist with the various software providers. Both Jio and Airtel are said to be eyeing the technology to slash network costs and allow more customisations as they move toward 5G technology.

In a statement to the Bombay Stock Exchange (BSE), Bharti Airtel said: “Tata Group has developed a ‘state of the art’ O-RAN-based Radio & NSA/SA Core and has integrated a totally indigenous telecom stack, leveraging the group capabilities and that of its partners. This will be available for commercial development starting January 2022.

“Tata Consultancy Services (TCS) brings its global system integration expertise and helps align the end-to-end solution to both 3GPP and O-RAN standards, as the network and equipment are increasingly embedded into software. Airtel will pilot and deploy this indigenous solution as part of its 5G rollout plans in India and start the pilot in January 2022, as per the guidelines formulated by the Government of India,” said the statement.

Airtel further said the Made-in-India 5G product and solutions are aligned to global standards. They interoperate with other products based on standard open interfaces and those defined by the ORAN Alliance, it added.

Once the 5G solutions are commercially proven in Airtel’s brownfield network, they will open export opportunities for India, which is now the second largest telecom market in the world, said Airtel in the BSE statement.

Expressing ‘delight’ at the opportunity to tie up with the Tatas for 5G and allied technologies, Gopal Vittal, MD and CEO (India and South Asia), Bharti Airtel, said in the statement: “With its world-class technology ecosystem and talent pool, India is well positioned to build cutting edge solutions and applications for the world. This will also provide a massive boost to India becoming an innovation and manufacturing destination.”

N Ganapathy Subramaniam, Chief Operating Officer of TCS, said: “We are committed to building a world-class networking equipment and solutions business to address these opportunities in the networking space. We are pleased to have Airtel as our customer in this initiative.”

Airtel, a board member of the O-RAN Alliance, is exploring and implementing O-RAN based networks in India, said the statement. Earlier this year, it became the country’s first telecom company to demonstrate 5G, implementing it over its LIVE network in Hyderabad. The company has started 5G trials in major cities using spectrum allocated by the Department of Telecom.

Jio, the Reliance Industries arm that has hugely disrupted the telecom sector, has developed an end-to-end telecom stack comprising radios and core technologies. It is currently piloting the technology in Mumbai, with plans for wider deployment once 5G spectrum is available commercially, said the ET report.