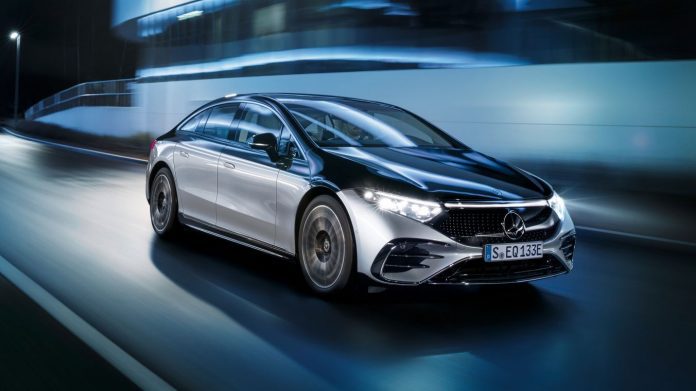 Mercedes said that while it has planned the launch of the locally made EV is December, it would try to bring it out earlier.

Mercedes-Benz EQS, a luxury sedan in electric, will be made and sold in India some time by the end of 2022, a company spokesperson said. Mercedes-Benz EQC happened to be the first luxury electric car that hit the Indian market earlier.

Mercedes said that while it has planned the launch of the locally made EV is December, it would try to bring it out earlier.

US car maker Tesla was in news some time back over its much-hyped plans to launch an electric vehicle in India. However, the launch didn’t happen and the company has failed to give any deadlines so far.

Mercedes is yet to clarify which version of the EQS will be launched in India – the 334hp EQS 450+ or the 523hp EQS 580. Mercedes-AMG EQS53 AMG+ is the faster version of EQS, which was launched in September last year. It is expected to come to India some time later.

Mercedes rolled out its first-ever EV under Mercedes-AMG, the Mercedes-AMG EQS53 AMG+, at the IAA Munich Motor Show. The EQS is the first Mercedes-Benz car built on a dedicated electric vehicle platform.

The EQS53 AMG+ is unique among all EVs that come from the Mercedes stable. The vehicles has a dual AMG-specific electric motor at each axle and runs with a push of 649 BHP, with the motor churning out a torque of 950Nm. The torque hikes up to 1020Nm in the ‘Race Start’ mode. The company claims that the car can go from 0-100 km/h in just 3.8 seconds, with its electronically-controlled top speed of 250 km/h.

The Mercedes-AMG EQS53 AMG+ comes with a 107.8 kWh lithium-ion battery and can run the vehicle for about 586 kilometres on a full charge. It has AMG Ride Control+ adaptive air suspensions and a high-performance AMG braking system. Mercedes has upgraded the cooling system and revamped the driving modes as well.

The exteriors of the car remain by and large the same as the fuel-powered AMG. The chrome element grille, larger spoiler, and 21-inch AMG alloy wheels are some new additions.

The new model has got a software upgrade to the interiors of the vehicle that help the driver race hard. The ‘Track Pace’ feature and ‘Race-Start’ mode adds a variety of visuals and sound effects. The ‘Hyper Screen’ displays various contents related to the car.