The Indian economy whose growth rate is estimated to contract by 1.8 per cent in 2019-20, the slowest in 11 years, is looking at tougher times ahead, especially in the backdrop of tensions in Middle East and the related rise in crude oil prices. With growth slowing down and possible rise in inflation due to geopolitical reasons, India especially risks slipping into stagflation.

Slowest growth rate in a decade

The National Statistical Office (NSO), Ministry of Statistics and Programme Implementation has released the first advance estimates of National Income at both constant (2011-12) and current prices, for the financial year 2019-20 along with the corresponding estimates of expenditure components of the Gross Domestic Product (GDP).

A secular slowdown was also seen in sectors like agriculture, construction and electricity, gas and water supply. However some sectors which include mining, public administration, and defence, showed a slight improvement when compared to the last fiscal.

The burden of stagflation

While the escalation of tension in the Middle East is likely to influence the prices of global commodities such as crude oil, the Indian economy is likely to face further pressure in the coming days.

Until the 1970s, many economists believed that there was a stable inverse relationship between inflation and unemployment, i.e. when inflation went up, unemployment came down. They believed inflation was tolerable because it meant the economy was growing and unemployment would be low. Their general belief was that an increase in the demand for goods would drive up prices, which in turn would encourage firms to expand and hire additional employees. This would then create additional demand throughout the economy.

According to this theory, if the economy slowed, unemployment would rise, but inflation would fall. Therefore, to promote economic growth, a country’s central bank could increase the money supply to drive up demand and prices without being terribly concerned about inflation. According to this theory, the growth in money supply would increase employment and promote economic growth. The arguments belonged to the Keynesian school of economic thought, named after 20th-century British economist John Maynard Keynes.

But, the USA of 1970s saw something unusual – inflation and recession together. Economists coined this new situation as “stagflation”. 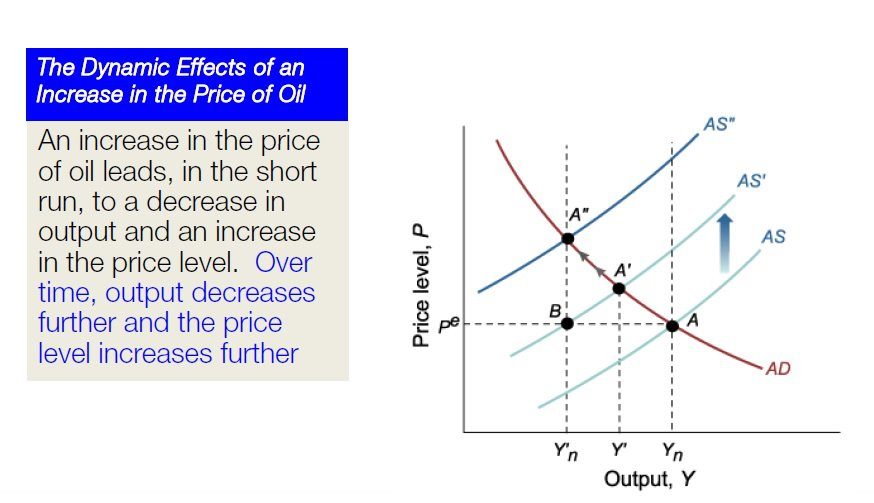 During this phase, the system had plenty of liquidity, brought about in the form of tax breaks and large capital spends towards large projects. People spent money as quickly as they received it as prices were surging fast (price inflation). But as oil shock (rapid rise in oil prices) caused many businesses to become unprofitable, they began laying off workers. This threw the economy into a tailspin as unemployment grew in spite of an increase in the supply of money. The end result was stagflation, i.e. price inflation and high unemployment and a disastrous economy. Finally, the US Central Bank cut the money supply, moderated oil prices, and the economy was able to get back on its feet.

The Iranian Revolution of 1978-79 triggered another major oil crisis in 1979. High levels of social unrest severely damaged the Iranian oil industry, leading to a large loss of output and a corresponding rise in prices. The situation worsened following the outbreak of the Iran-Iraq War (1980–88), which further added to the level of instability throughout the region. This oil shock had led to a serious global slowdown.

No escape for India

But the question is will history repeat itself in 2020? It may, and India no doubt is vulnerable to it.

The issue that central banks globally face in dealing with stagflation, is that the normal methods of using interest rates as a ‘lever’ for the economy don’t help the economics of the situation. The only reason they help in times of high economic activity is because they slow down the “velocity of money” or the speed at which it changes hands (i.e. more economic activity means more money changes hands). In contrast, when the economy is weak, the standard medicine administered by a central bank is to lower interest rates to boost the economy. Unfortunately, it is impossible to stimulate the economy by lowering rates while simultaneously fighting inflation by raising rates. These are contradictory positions.

Hence, what does one do during stagflation? The government is forced to face the real problem (which isn’t interest rates at all but the money supply).  It has to reduce the money supply and get the economy back on a firm footing first. But in Indian context we are already seeing a reduction in consumption of demand, especially rural demand and hence a reduction in money supply could end up doing further damage to the economy and affect the vulnerable and marginal groups who depend on multiplier effects (a theory according to which government spending meant for stimulating the economy triggers an increase in private spending that additionally stimulates the economy) in the rural economy.

Economists expect the Reserve Bank of India (RBI) to continue to hold its key interest rate in February 2020 due to rising inflation, which would mean the onus of reviving growth would be back on the government that is expected to present the budget in the same month. The combination of the two – a rapid deceleration in growth and a gradual increase in inflation – does not spell good news for the government either.

Ahead of the Budget the Finance Minister does need a magic wand!