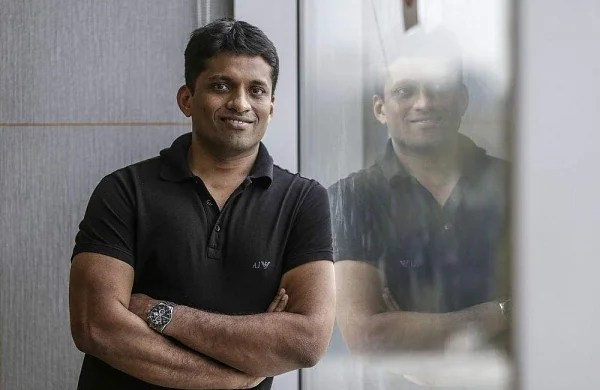 Byju Raveendran: Many institutional investors have been attracted to this ed-tech market leader in the past year

India’s most valuable unicorn Byju’s has raised ₹2,200 crore in a fresh round of funding even as its losses continue to mount. This round of funding comes in the backdrop of the edtech market leader contemplating an IPO amid an frenetic acquisition spree.

Led by New York-based Oxshott Capital Partners, which has pumped in ₹1,200 crore as part of a Series F round at ₹285,072 per share, this latest round of funding include other investors such as Edelweiss who will infuse ₹344.9 crore, IIFL ₹110 crore, Verition Multi-Strategy Master Fund ₹147 crore and XN Exponent Holdings ₹150 crore. This information has been culled from the company’s RoC filings, said media reports.

This development comes just a few weeks after Byju’s received $150 mn from Asmaan Ventures and ARK Ncore, as part of its $1 bn round that Byju’s has been in talks for some months now. This fresh investment of $296 mn seems to be the second tranche of this $1 bn round, said an Inc42 report.

However, according to Byju’s regulatory filings, while its consolidated sales in FY19-20 were 80 per cent higher than the previous year, its losses have shot up 30 times during the period.

The Bengaluru-based company has been riding the crest of an online learning boom during the pandemic with children turning to e-classes in droves with the closure of schools. Byju’s founder and CEO, Byju Raveendran, had admitted that the pandemic had transformed the thinking of parents, teachers and students towards online learning and made it more acceptable to them.

Bjyu’s K-12 app, which is the money-spinner, has over 80 million registered users in India who learn the basics of math and science with the help of animated games and videos.

Many institutional investors have been attracted to this company in the past year, said a Mint report. In June, Byju’s had raised $1.5 billion from UBS Group, Abu Dhabi sovereign fund ADQ, and Blackstone Group, among others, at a valuation of $16.5 billion, making it India’s most valuable start-up edging out PayTm from the top slot.

This new round of investments also comes in the back of Byju’s acquisition of US-based coding start-up Tynker for about $200 Mn. The edtech firm has already spent $2.2 billion in acquisitions this year alone, acquiring nine businesses this year.

Moreover, Mumbai-based Toppr was snapped up for around $150 Mn, and in May, it acquired on-demand tutoring app HashLearn and in February, it was doubt solving platform Scholr.

An IPO in the offing

In an interview last month, Byju’s founder and chief executive, Byju Raveendran, said the company is considering an initial public offering and will be raising its last private round. The company is also considering both the US and India markets for its listing, he had said. According to Inc42 report, the edtech firm plans to list itself on the domestic market in the next 8-10 months.

Several other tech unicorns, including Paytm, Oyo, PolicyBazaar and Nykaa, have also filed paperwork for their initial share sale, while companies like Delhivery are poised to follow suit.