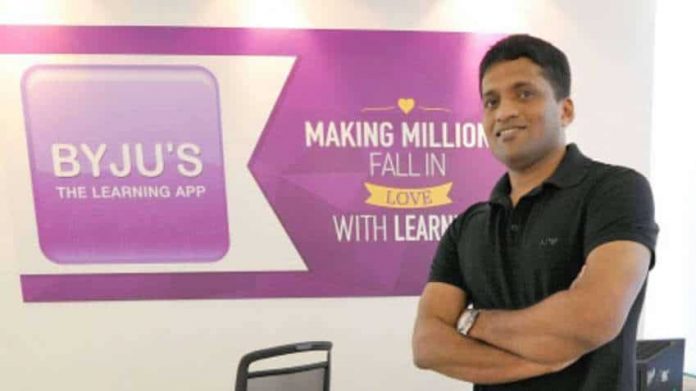 Byju Raveendran, Founder and CEO, Byju’s: The slew of acquisitions clearly show the company's intent to rule the online education space for the next few years. Pic: PTI

Byju’s, India’s most valuable unicorn, is unarguably making a strong pitch to become the dominant player in the education space in the country in the future, even as other educational institutes and start-ups are struggling for survival amid the pandemic.

The ed-tech start-up, which has been on an acquisition spree for the last year-and-half since the pandemic started, has acquired six new start-ups in the first half of 2021. The overall valuation of these acquisitions goes beyond $two billion.

These acquisitions clearly show the company’s intent to rule the online education space for the next few years. Byju’s has spread its net wide and its acquisitions range from start-ups working with children under-12 years to enterprises offering vocational courses tailored for working professionals.

The company not only acquired online ed-tech companies, but it also took over the country’s largest brick and mortar tutoring institute – the 33-year-old Aakash Educational Services Limited (AESL) – in its biggest deal as of on July 31.

AESL, which provides preparatory services to students appearing for medical and engineering entrance exams, school/board exams, KVPY, NTSE, Olympiads and other foundation level exams, was acquired at the cost of nearly one billion dollars, as per news reports. This acquisition has been made with an eye on the increasing shift towards a hybrid form of learning in education.

While Rahul Wani, a medical exams trainer and an expert on New Education Policy (NEP) said, “All these acquisitions made by Byju’s go completely hand-in-hand with the guidelines of NEP about the use of technology in education.”

The shopping spree of ed-tech giant

Byju’s latest deal involves the acquisition of Singapore-based Great Learning for about $600 million, on July 26. The company offers professional upskilling and higher education courses. An official statement from the company stated that it intends to accelerate its growth in India and global markets with the additional inflow of funds, citing the acquisition deal with the Indian ed-tech giant.

Byju’s also acquired EPIC – an American interactive digital reading platform for kids under the age of 12 years – for nearly $500 million in early July. The subscription-based service of the company has a user base of more than 50 million kids as of June, according to news reports. Byju’s will create its footprint in the American online learning space, while EPIC will get an opportunity to enter India’s vast education market.

Byju’s has already taken over Mumbai-based start-up WhiteHat Jr back in August 2020 for about $300 million. It was one of the biggest deals among ed-tech startups in India at that point in time. WhiteHat Jr is known for coding classes they provide kids apart from online maths and music classes.

Apart from start-ups working in the online space, ed-tech giant’s acquisition of AESL is its biggest acquisition deal as of today. It is a significant addition to Byju’s portfolio as it will help the company to create a strong presence in the offline teaching space in the country. The current enrollment of lakhs of students for medical and engineering entrance tests is all set to continue, said the company.

The full details of another two acquisitions – after school-learning app Toppr and Hashlearn, an online coaching platform for competitive exams – are yet to be completely disclosed by either of the companies involved in the deals. Since its inception, Byju’s has acquired more than 13 companies.

“The central government is planning to establish the National Educational Technology Forum (NETF) to devise strategies for use of technology in education. This will create a separate space for technology in education and Byju’s is trying to tap into this space with its new acquisitions,” said Wani. They have also announced the launch of Byju’s Future School that will have an integrated set-up with online learning.

Further, he added, “They are not just targeting students but also working professionals through a deal like Great Learning, which provides short courses like Artificial Intelligence, Cloud Computing, etc.”

Byju’s also acquired Osmo Games that develops educational games for kids. “The company identified the void in the kids’ magazine segment and added EPIC and Osmo Games to their cart,” pointed out Wani.

Independent operations: A key aspect of all acquisitions

One of the peculiar characteristics of all these acquisitions is that these companies will continue to operate independently. Great Learning will continue to function under the leadership of the CEO and Founder Mohan Lakhamraju along with his team. The company have collaborations with many global universities like the Massachusetts Institute of Technology (MIT), Stanford University, the University of Texas among others.

Similarly, the roles of the CEO and vital office bearers in EPIC will also remain unchanged. The company will fulfill its parent’s long-term strategy of focusing on kid’s education in India and the global markets. AESL too will also operate as an independent entity under the umbrella of Byju’s like other acquired companies in the recent past.