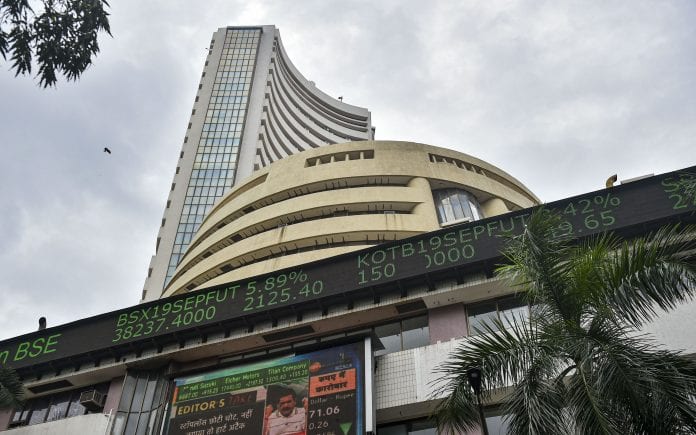 The markets are high even as GDP numbers plummet. Why?

The reason for this dichotomy is simple: stock markets are forward-looking, while most economic figures tell the story of what has already taken place.

Equities and commodity prices plunged before the lockdown came into effect, as investors realised that the epidemic in China would turn into a global pandemic. They priced in a severe recession into asset valuations.

Following a massive fiscal and monetary stimulus, investors, most of whom are optimists by nature, started to believe that an economic recovery was round the corner. This sentiment became dominant as signs emerged that Europe and America were starting to flatten the Covid curve.

Investors bet that once the economy reopened, it would lead to higher earnings. Markets were also monitoring progress on vaccine development around the world.

Back in 2008, when the Lehman Brothers crisis hit, central banks had but one option: infusing liquidity. And infuse they did! Central banks pumped in $4 trillion into the markets. It may not have really helped production or productivity, but it surely caused asset inflation. At the minimum, the infusion ensured that demand compression did not last too long. In fact, by 2010, global markets were scaling new peaks.

The year 2020 also saw a lot of aggressive action and provision of liquidity in scale. The US Federal Reserve cut rates down to zero; the RBI slashed rates by 115 basis points in two months. In 2008, central banks infused $4 trillion over two years. In 2020, liquidity infusion was $6.5 trillion in just four months. Markets factored in this infusion and that had a multiplier effect on stocks due to asset inflation and heady valuations. In India’s case, we have seen one of the highest inflows due to this excess global liquidity over and above the liquidity created locally.

Reflexivity in economics is the theory that a feedback loop exists in which investors’ perceptions affect economic fundamentals, which in turn changes investor perception. The theory has its roots in sociology, but in the world of economics and finance, its primary proponent is George Soros. Soros believes that reflexivity disproves much of mainstream economic theory and should become a major focus of economic research, and even makes grandiose claims that it “gives rise to a new morality as well as a new epistemology”.

According to this theory, investors don’t necessarily base their decisions on reality, but rather on their “perceptions” of reality. These perceptions are influenced by their biases instead. The resulting outlook from have an impact on reality, or fundamentals, which ironically enough then affects the investors’ actual perceptions and thus asset prices. This process is self-reinforcing and tends towards economic disequilibrium, causing prices to become increasingly detached from reality. According to Soros, the global financial crisis was a textbook illustration of the theory. In his analysis of the 2008 crisis, rising home prices induced banks to increase their home mortgage lending and, in turn, increased lending helped drive up home prices. Without a check on rising prices, this resulted in a price bubble, which eventually collapsed, resulting in the financial crisis and Great Recession.

Are we in such a bubble now in 2021? We speak with analyst and market expert Jigar Pandit, vice president at Sharekhan, for The Federal podcast.

Attempts being made to create differences amo...