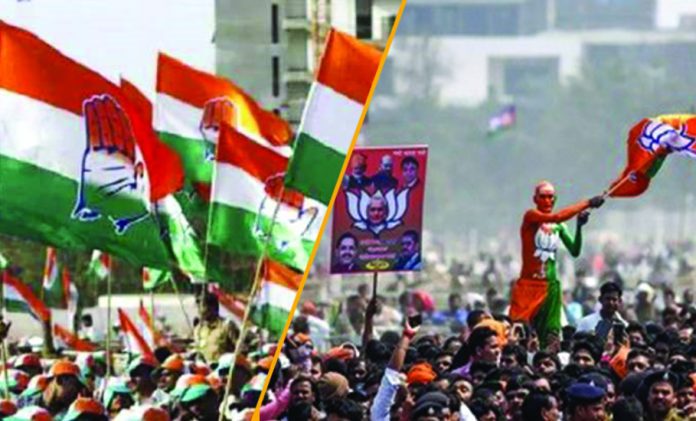 Himachal Pradesh is bound for polls in less than a fortnight and there is an intense battle underway between the ruling BJP, a convalescent Congress and a bumbling Aam Aadmi Party for political control of the state. Representational image

It is perfectly normal to return from Himachal completely smitten by its offerings whilst absolutely oblivious to the hardships that an ordinary Himachali faces in daily life. And so, though its 68-member Assembly is bound for polls in less than a fortnight, it isn’t surprising that the intense battle underway between the ruling BJP, a convalescent Congress and a bumbling Aam Aadmi Party for political control of Himachal has been overshadowed by a similar quest for power in Gujarat, where the election schedule is yet to be announced.

Yet, the imbricate political, social and economic undercurrents at play in Himachal have set the stage for a fascinating electoral contest, come November 12. Incumbent Chief Minister Jairam Thakur is fighting odds to retain power for the BJP. The Congress party, desperate for an elusive electoral victory, believes palpable anti-incumbency against the BJP has put the hill state within its grasp. Meanwhile, the AAP is struggling to live up to the hype it earned earlier this year when it swept the Assembly polls in neighbouring Punjab.

Ever since it was granted statehood in 1971, Himachal has returned an incumbent government to power only once. That was way back in 1985 when then chief minister Virbhadra Singh stunned the BJP with his decision to go for mid-term polls even though his Congress government had two more years in office. Thakur and the BJP are, thus, going into polls with an obvious disadvantage given the state’s history of denying an incumbent government a second consecutive term.

However, it isn’t traditional electoral wisdom that is spelling trouble for the BJP in Himachal. After all, riding on the seemingly continuing popularity of Prime Minister Narendra Modi and his politics of jingoistic nationalism and Hindutva dominance, the saffron party has successfully ducked similar voting trends in other states in recent years, the most recent being Uttar Pradesh and Uttarakhand.

BJP’s acts of omission and commission

Instead, challenges for the BJP in Himachal stem from its own acts of omission and commission. Jairam Thakur has been facing the ire of voters and party colleagues alike for his below par performance as CM and has evidently failed to emerge as a mass leader. The drawbacks in Thakur’s leadership aside, the BJP too has been hemmed down by chronic infighting that is otherwise typical of the Congress. Upset over being denied tickets, as many as 21 rebels, including several sitting and former MLAs, are contesting the polls against official BJP candidates.

Growing unemployment, rising prices of fuel, LPG cylinders and other essential commodities, pro-private sector reforms in the state’s apple economy and resentment against the regime among government employees (of the over 55 lakh voters in Himachal, nearly 2.5 lakh are government employees), along with widespread deterioration in civic infrastructure across Himachal have collectively pushed the BJP into a tight corner.

Add to this is a noticeable undercurrent of sympathy for the Congress in wake of the demise of former six-term CM Virbhadra Singh, popularly hailed as ‘Raja’ across Himachal due to his royal lineage.

“The challenges for the BJP appear far steeper this time. Thakur as CM, has failed to project himself as a leader with wide acceptability unlike previous BJP CMs such as Shanta Kumar and (Prem Kumar) Dhumal, and his government’s track record on delivery of poll promises has also been poor. There is visible yearning for a change of government in every district,” Shimla-based journalist Ashwini Sharma told The Federal.

Sharma said the BJP’s campaign is also being “derailed” by rebels. He added that the party’s inability to convince dissidents to withdraw from the contest has also sent a wrong message of the “central leadership not being in command” since Himachal is also the home state of the BJP national president, JP Nadda.

“Though infighting has been a hallmark of the Congress in Himachal, this time round the Congress seems to have largely succeeded in preventing leaders who were denied tickets from contesting as independents, while in every third constituency, the official BJP candidate is pitted against a rebel party candidate aside from her or his Congress rival,” Sharma said.

Going downhill for the BJP

A senior BJP leader who is contesting as an independent candidate from a key constituency in lower Himachal told The Federal that it had been evident for over a year that the ensuing polls “will be very challenging and our chance of victory will depend on candidate selection as well as who we project as the CM face but the central leadership has clearly failed to factor in either of these while drawing up its poll strategy”.

The leader, a former MLA, asserted that “Jairam Thakur has been an ineffective CM” but he added that Nadda and Union minister for information & broadcasting Anurag Thakur (BJP MP from Himachal’s Hamirpur Lok Sabha) “cannot escape the blame if the BJP performs poorly because they were repeatedly cautioned about electoral challenges but failed to act”.

Signs of things going downhill for the BJP in Himachal had come a year ago. In bypolls simultaneously held for the Mandi Lok Sabha seat and the Assembly segments of Arki, Jubbal-Kotkhai and Fatehpur, the BJP had faced a humiliating rout against the Congress. Of particular significance were the BJP’s losses in Jairam Thakur’s home turf of Mandi, where Virbhadra’s widow and current Himachal Congress chief Pratibha Singh emerged victorious, and Jubbal-Kotkhai where the BJP’s Neelam Seraik forfeited her deposit in a three-cornered fight against winner Rohit Thakur of the Congress and first runner-up Chetan Bragta, a BJP rebel and son of former minister Narinder Bragta, whose death had necessitated the bypoll.

Incidentally, the BJP has fielded Chetan from the Jubbal-Kotkhai seat for the forthcoming elections.

“The bypoll results were not just an indicator of our electoral revival but also an expression of anger by the people of Himachal against the incompetent BJP government but the BJP, true to its character, refused to learn any lessons. Since the bypolls, we have worked very hard to ensure that we put up a united and cohesive campaign that doesn’t focus only on the failures of the Jairam Thakur government but also informs the people of the positive changes we will usher in for Himachal’s progress,” Pratibha Singh told The Federal.

“With our promises of filling up vacancies in government, cash transfers for home-makers and restoration of old pension scheme for government employees, we have given the people a workable blueprint of reforms, job creation and economic growth as opposed to the hollow jumlas of the BJP and we are confident that the people of Himachal will vote for a Congress government,” she added.

For fly-by-night tourists – or politicians, rampant unemployment, growing discontent among government employees and economic distress on account of rising fuel or LPG prices may be hard to spot beneath the captivating charm of Himachal. Indeed, ordinary Himachalis would rarely discuss these with ‘outsiders’ unless incessantly prodded but the importance that Opposition parties in Himachal are placing on these issues is instructive of the impact that unemployment and financial problems would have on the electoral choices that voters are likely to make.

The promises of filling up vacancies and creating new jobs in and outside the government while also restoring the old pension scheme (OPS) have been made by both the Congress and the AAP. The BJP’s response to them, so far, has been of denial. The Congress believes that the BJP’s failure to acknowledge rising unemployment and its refusal to replace the new National Pension Scheme with the OPS have a real possibility of swinging the mandate against the saffron party.

“As per the updated electoral rolls, Himachal has 55.07 lakh voters. Of these, nearly 2.5 lakh are government employees; a majority of them are unhappy with the new NPS and have repeatedly organised protests demanding restoration of OPS. If every government employee has one additional voter in their family, the number of people directly affected by the pension scheme becomes five lakh, which is 10 per cent of Himachal’s voting population,” Asha Kumari, six-term MLA from Dalhousie, told The Federal.

The data for unemployment projects a similar picture. The Centre for Monitoring Indian Economy (CMIE) data for the last quarter pegs the number of unemployed people in Himachal at 2.04 lakh. Assuming each of them has one additional voter in the family, joblessness becomes an election issue for over four lakh people.

A spurt in unemployed youth across the state has been visible through the past two years of the COVID pandemic as a large number of Himachali youth working odd jobs outside the state had returned to their native towns either because they lost their employment or simply their lack of faith in the system protecting the rights of migrant workers. For the unemployed whose had a family member in a government job, the NPS-OPS conundrum presented a double whammy. Unofficial estimates by political observers project that nearly 20 per cent of Himachal’s voting population has been adversely affected by unemployment and the NPS.

Ashok Gehlot and Bhupesh Baghel, the Congress chief ministers of Rajasthan and Chhattisgarh, respectively, were the first to announce that their states were reverting to the OPS. Baghel is the party’s observer for the Himachal polls and the Congress is leaving no chance to tell government employees, if voted to power, it would adopt the OPS within 10 days of assuming power.

The AAP too has decided to play the same card. However, the party’s campaign for Himachal seems to be tottering after having started with a splash just seven months ago following the AAP’s unprecedented victory in the Punjab assembly polls. Punjab shares both a border and historic socio-cultural ties with Himachal.

“The AAP made a lot of noise in the months that immediately followed the Punjab verdict but its campaign just fizzled out. The leaders it picked to lead the state unit defected to the BJP or the Congress. If the AAP had focused on Himachal, they could have made some impact but it seems Kejriwal has decided that his party has a better chance in Gujarat,” an activist based in Himachal’s Solan who briefly joined the AAP earlier this year, told The Federal.

He added, “I don’t think AAP will get any significant vote share; it neither has a bankable face nor a campaign. The candidates they have fielded are people with no support in their constituency. In Himachal, constituencies typically have fewer than 75,000 voters because of which voters’ familiarity with the candidate plays a key role in the election outcome. If your campaign is not impressive, your state leadership is not credible and even your candidate is not known to 5,000 people in a constituency, how do you plan to win.”

With just a few days left for campaigning, it is unlikely that the AAP’s bid for Himachal will witness any major uptick. Thus, the state is once again set for a largely bipolar contest between old rivals, BJP and the Congress.

For now, the Congress seems upbeat of its prospects. It is hoping Priyanka Gandhi would intensify her campaigning in the state as polling day approaches and Rahul Gandhi, with his impressive Bharat Jodo image reboot, may also address a rally or two later this week when his walkathon breaks for a rest day. Yet, the Congress is also mindful of the fact that the BJP is yet to unleash its trump card – Narendra Modi – whose ability to turn seemingly unwinnable contests into comprehensive victories by whatever means necessary can’t be overstated.