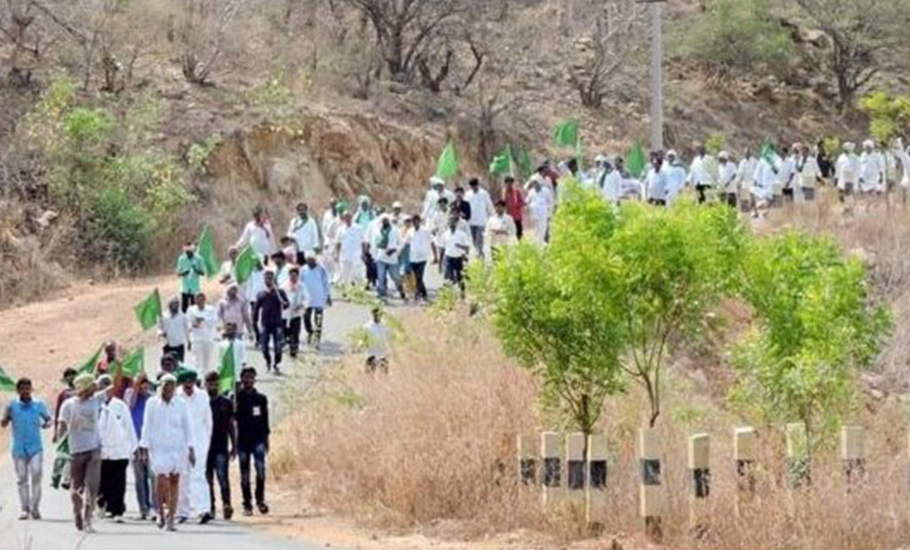 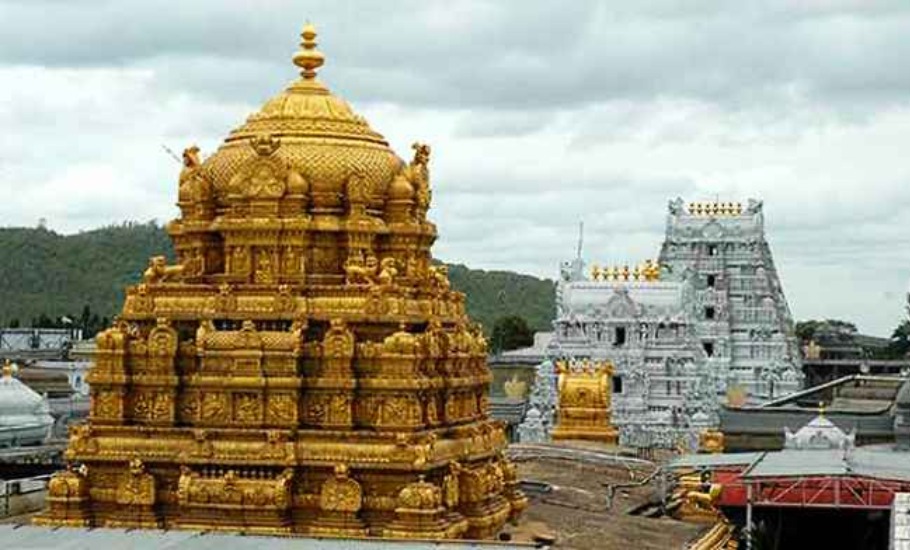 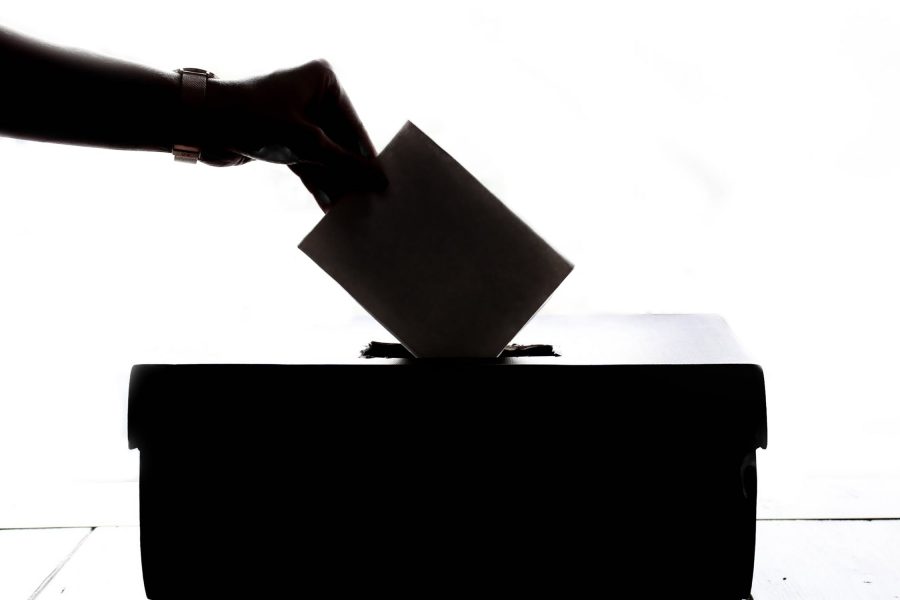 Amaravati literally means ‘Land of Immortals’. But, what it faces now is the mortal fear of a dream project coming to an abrupt end.

Touted as the world-class capital city that India has ‘never seen before’, Amaravati, a dream project of the former Andhra Pradesh Chief Minister N Chandrababu Naidu, is now staring at an imminent denouement.

An ambitious ₹55,000 crore project in the fertile coastal Andhra region has become a victim of vindictive politics and a vicious blame game.

A question mark has been hanging over the proposal to build an ultra-modern river front capital following a change of guard in the state in May and the new government, headed by Y S Jagan Mohan Reddy, ordering a review of all major projects of the previous Telugu Desam Party (TDP) regime.

However, the first clear signal came last week when Singapore announced termination of the Amaravati capital city start-up area project with “mutual consent” after the government cancelled a contract signed with it by the previous government.

A Singapore consortium, comprising Ascendas Singbridge and Sembcorp Development, was set up in 2017 to develop a 6.84-sqkm start-up area in the new capital in three phases over a period of 15 years.

This was supposed to be the first major real estate project in the capital region as part of a larger plan to create an ecosystem needed for a world class capital. The Singapore government had helped AP in designing the capital city.

Earlier, in July this year, the World Bank pulled out of the project, citing non-compliance of its policies. It was supposed to lend ₹2,100 crore for the project.

The termination of flight services to Singapore on July 1, the only international air travel service from the coastal Andhra city of Vijayawada, was yet another indication of the things to come.

The question that is uppermost in the minds of people in Andhra is whether Amaravti will be retained as the capital or a new capital will be built.

The immediate strategy of the new government is to “unearth” the alleged irregularities in land pooling and awarding the contracts for the capital city works by the previous TDP government. Already, a five-member cabinet subcommittee has been constituted to probe all major projects, including Amaravati, and key policy decisions of the previous regime. After scoring political brownie points with the rival party, the YSRCP government is expected to take a high moral ground and unveil its own modified vision of the capital city.

According to highly placed sources in the YSR Congress government, Amaravati will, in all probability, be retained as “functional capital” with administrative headquarters while a “cluster of hubs” would be developed across the state—north coastal, south coastal and Rayalaseema regions in tune with the core strengths of each region.

“For instance, an agriculture and agro-processing hub can come up in Guntur-Vijaywada region, ports and logistics hub at Visakhapatnam, automobile hub in Chittoor and minerals and mining hub in Kadapa,” the sources said.

The state Municipal Administration and Urban Development Minister B Satyanarayana told The Federal that the government’s decision would be people-friendly and not to cater to the interests of a handful of businessmen.

“We have formed an expert committee (headed by former IAS officer G N Rao) to work out a road map for the capital city. It will submit a report next month. We will take a decision based on its recommendations,” the minister said.

The official sources said that the Chief Minister is in favour of a decentralised model of development instead of concentrating all the resources at one place.

However, the interests of farmers, who had voluntarily given the land for the project, would be protected and their agreements with the previous government would be honoured.

The government had pooled 34,075 acres from 28,148 land owners, spread over 29 villages in the fertile Vijayawada-Guntur region.

“The idea is to go for decentralised development across all regions instead of concentrating all the resources on one city. We don’t want to repeat the Hyderabad model where over six decades of overemphasis on the capital city has resulted in the neglect of other Telangana towns,” the sources said.

“By developing regional hubs, we will ensure equitable development. Otherwise, the backward Rayalaseema and north coastal regions will remain backward for ever. What the previous regime did in the name of Amaravati was nothing but a real estate scam to benefit the cronies of the TDP leaders,” they said.

It was on October 23, 2015, that the Prime Minister Narendra Modi laid the foundation for the new capital at Uddandarayuni Palem village amid much hype. What now lies there is an interim secretariat, a state assembly complex at Velagapudi, an interim high court at Nelapadu, partly completed residential quarters for the MLAs, ministers, IAS and IPS officers, government employees and judges and an under-construction seed access road and connecting road network.

The state BJP leadership is aware of the changing plans of the Jagan Mohan Reddy government.

“Our information is that Amaravati will not be the state capital but will serve as a regional centre. Jagan is contemplating setting up of planning boards for all the four regions in Andhra Pradesh – Rayalaseema, south coastal Andhra, Krishna and Godavari districts and north-coastal Andhra,” the BJP Rajya Sabha member T G Venkatesh said. He had crossed over to the saffron party from TDP recently.

A city in each of these four regions would then be developed as capital city. These are likely to be Vizianagaram, Kakinada, Guntur and Kadapa. It is also possible that they could be christened as Regional Secretariats.

“The decision to dump Amaravati was believed to have been taken because Jagan is not in favour of building a concrete jungle in place of fertile Krishna delta land. People will be happy with the decision. Hailing from Rayalaseema, I can tell you we will be happy,” Venkatesh said.

The intention would be to decentralise the administration and be seen as doing justice to all regions, it is argued.

Meanwhile, the five-member expert committee, headed by M N Rao, held a series of meetings with representatives of various sections of the society, including farmers and industrialists, and took their feedback.

The farmers, who had voluntarily given their land for the capital city under land pooling scheme, rooted for retaining Amaravati as the capital as considerable investment had gone into the project and taking it elsewhere would be a disruptive exercise.

Intense lobbying is on by a section of the ruling party leaders to shift the capital to Mangalagiri, which is located on the national highway, closer to both Vijayawada and Guntur. The local YSRCP MLA A Ramakrishna Reddy is backing the demand.

“In fact, Mangalagiri is also a part of the capital region of Amaravati. We are only asking for the development of the capital towards the highway,” the legislator said.

He said the Mangalagiri region has a huge chunk of government land besides the 10,000 acres of forest land which could be de-notified for the capital. “These are upland areas and have no threat of any waterlogging, unlike the present location of Amaravati which is located on floodplains on the banks of the Krishna river,” he explained.

“The previous government has not constructed any permanent buildings for the capital. So, instead of taking up construction in the present location, where the cost of construction will be too high due to loose soil, the government can do the same in Mangalagiri, which has hard soil,” Reddy said.

Moreover, since Mangalagiri is located on Chennai-Kolkata national highway (NH-16), it has road, rail and air connectivity which are essential for any capital city.

An expert committee, appointed by the central government in 2014, had recommended a cluster approach instead of an over-centralized city.

The five-member committee, headed by the former Urban Development Secretary KC Sivaramakrishnan, suggested nearly six options covering a string of small cities that could be developed as industrial, business and investment hubs.

The committee, which submitted its report to the Union Home Ministry in August, 2014, favoured decentralized development of a cluster of towns, covering the coastal and Rayalaseema regions, instead of replicating Hyderabad model.

However, the committee’s views ran contrary to the stated position of Chandrababu Naidu who envisioned the new capital city on the Vijayawada-Guntur stretch in the prosperous coastal region because of its locational advantage, fully developed infrastructure, good air, rail and road connectivity and strong backing by powerful political and industrial lobby.

The expert committee had opposed the location as it would involve acquisition of a vast stretch of fertile agriculture land, threatening food security in the long run. However, the committee made it clear that it was up to the political leadership to take a final call on the location of the new capital.