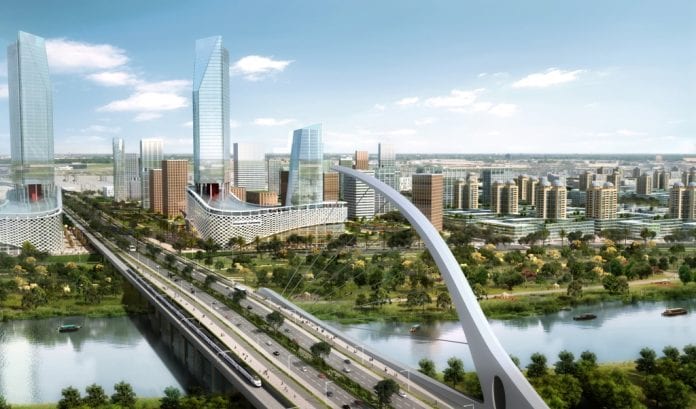 Fuelled by expectations of a massive development boom, a string of residential and commercial complexes — gleaming glass and steel structures — has come up on the Vijayawada-Guntur highway. A typical 3 BHK flat in these complexes costs nothing less than ₹1.2 crore.

However, with works on Amaravati, Andhra Pradesh’s upcoming capital, being put on hold, prices have crashed and there are no buyers for the grand apartments or villas.

“We are waiting with our fingers crossed. The government is a permanent entity. Decisions involving so many people cannot be changed overnight with the change of the party in power. The CM (Jagan Mohan Reddy) should clarify on the status of Amaravati and do justice to the region,” says Srinivas Rao, a real estate consultant.

The plans for Amaravati started soon after the bifurcation of Andhra Pradesh in 2014 to compensate for the loss of Hyderabad to Telangana. Naidu, widely credited for developing Hyderabad into a global software destination during his tenure as Chief Minister of the united AP between 1995 and 2004, came up with an ambitious plan to build a city to serve as a “power-house for economic development and job-creation which could attract non-polluting high-value manufacturing and service industries.”

Amaravati, named after the ancient Buddhist city and the seat of power of Telugu rulers nearly two millennia ago, was envisioned to be built as one of the top three cities in India by 2022, and Andhra Pradesh the best state in the country with “High Happiness Index” by 2029.

The Vijayawada-Guntur region was chosen for the river-front capital as it is centrally located and accessible from all parts of the state.

According to the plan, the capital region would be spread over 7,420 sqkm, of which the capital city would occupy 217 sqkm. The plan envisages an area of 6.84 sqkm to be the first to be developed. This core area will contain the Assembly, Secretariat, Raj Bhavan and High Court buildings.

“Amaravati will be constructed in such a way that it will become role model for the rest of the country,” Naidu would often say.

The master plan provides for over 30 per cent blue green footprint, with ample public spaces such as parks, riverfront and canal front. The Singapore government was roped in to prepare the master plan.

According to the latest status report made available to The Federal, the overall cost of construction of Amaravati is ₹48,116 crore in Phase I and ₹1.09 lakh crore in total. “Out of the ₹48,116 crore construction works to be undertaken, ₹36,960 crore of works are under execution on ground,” the report said. 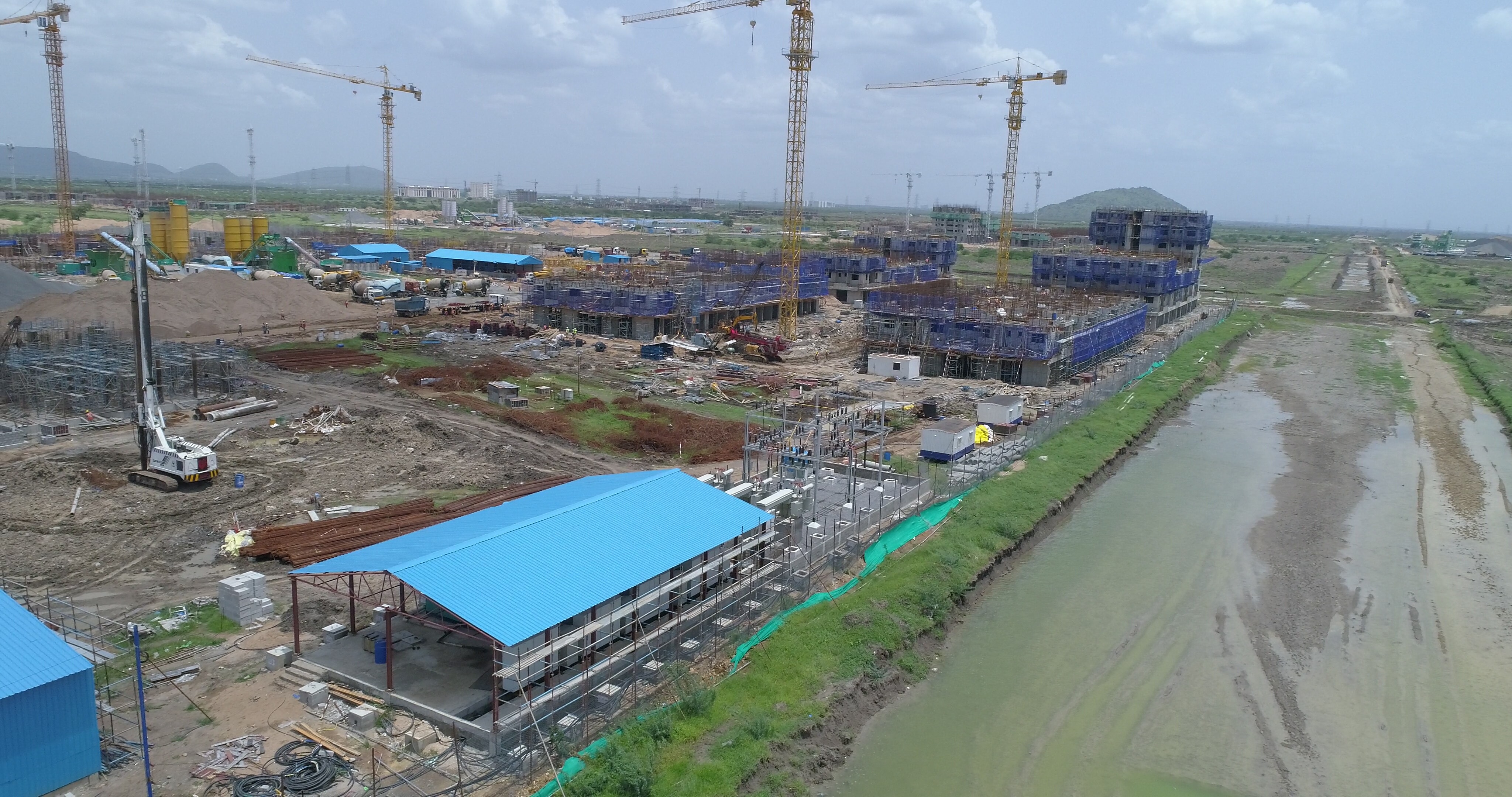 A total of 320km of arterial and sub-arterial roads are being planned as per the master plan. Of this, 285km are currently under execution, it said.

In his book “Whose Capital, Amaravati?” the former chief secretary IYR Krishna Rao termed the land pooling as an “act of deceit and coercion” and also questioned the rationale behind choosing the fertile region for building the capital. Incidentally, he had a bitter fallout with Chandrababu Naidu.

The retired IAS officer suggested that Amaravati be developed as an administrative capital while according equal priority to the development of other regions instead of pouring all resources into one place. “The capital city might otherwise prove to be a drag on the economy which is fragile,” he warned.

“Amaravati was chosen without any proper survey or study and in violation of the recommendations of the Sivaramakrishnan Committee,” he said.

A high-level committee, headed by former Union Home Secretary K Sivaramakrishnan, had recommended cluster model of development instead of concentrating all the resources on one particular city. It opposed the choice of Vijayawada-Guntur region for building the new capital. Instead, the committee suggested “decentralised development” of the state with the capital functions and other institutions “distributed” in three different regions of the state.

“Communication between different government offices is no longer an issue of physical proximity,” the report submitted to the Centre in August 2014 said.

However, the Chandrababu Naidu government dumped the cluster plan and went ahead with its own plans.

Though the land pooling for the project was largely a peaceful affair with farmers from 29 villages coming forward to give their lands voluntarily, it encountered resistance from five villages.

“We are insisting on a probe into the land deals to expose corruption,” he said.

“About 2,500 acres are still yet to be acquired by the government. We are not giving our lands because we will lose our source of livelihood and we don’t have faith in the kind of development model that this government is talking about,” said P Ram Mohan, a farmer from Penumaka village.

Municipal Administration Minister B Satyanarayana, who is part of the five-member cabinet sub-committee constituted to review major projects of the previous regime, said that “no farmer would be forced to give their land to capital development if they are not willing”.

Critics also argue that the biggest losers would be backward caste farmers, who take land on lease, and agricultural labourers, a majority of them belonging to the Scheduled Castes. This would result in widening social inequalities.

Prof Ramachandraiah Chigurupati of the Centre for Economic and Social Studies says Amaravati is an environmentally unsustainable project and a flood risk.

The project imposes a heavy cost on the livelihoods of people and destroys the fertile agricultural lands, he says.

“In a zone characterised as low-lying plains with fertile agricultural land, floods will be a feature. The state has been hit by several cyclones over the years. In times of global warming, which leads to intense bursts of heavy rains, an entire city could be inundated within hours, leading to massive destruction,” the expert warns.

In what was a grandiose start, the Singapore government was roped in to design the master plan for the city that seeks to combine tradition with modernity and incorporates the concepts of Vaastu and Feng Shui, the Indian and Chinese sciences of construction. This was the first time that a foreign country has designed a state capital in India.

A Japanese firm Maki and Associates was selected for construction of iconic structures, including Assembly, Raj Bhavan and High Court.

However, the project hit a roadblock with the expected funds not flowing in. The Centre had sanctioned only ₹1,500 crore for the capital construction, which the TDP government dubbed as ‘pittance’.

Who will benefit from Amaravati?

A key allegation against the previous government is that the choice of the location of the capital city was meant to benefit big contractors and industrialists affiliated to the ruling TDP. The relatively prosperous Vijayawada-Guntur region is dominated by Kamma community, the traditional support base of the TDP.

The prevailing uncertainty is also bound to impact the works on the ‘start-up area’ project in the core capital region being undertaken by a Singapore consortium — Singapore Amaravati Investment Holdings (SAIHL), floated by Ascendas-Singbridge and Sembcorp Development.

The start-up area, once developed, is expected to contribute ₹1.15 lakh crore to the state’s gross domestic product and generate a revenue of ₹8,000-10,000 crore to the government in different taxes.

As per the agreement signed in June last year, the plan is for development of 6.84 sqkm area in three phases over the next 15 years, under the Public-Private Partnership model.

The consortium will also try to get industrial and economic clusters set up in the start-up area. In the first phase, the ADP will take up development projects in 2.65 sqkm in the next five years.

There are doubts over the future of the project since YSRCP leaders had strongly opposed it in the past. “The government will get only five per cent as revenue share from SAIHL from the sale of the land. This is a total sell-out,” senior YSRCP leader and former minister D Prasada Rao said.

While SAIHL has fixed ₹4 crore per acre for 656 acres of land in the first phase, the state government as a whole, valued the land at a meagre ₹12 lakh an acre for the entire 1,691 acres, he pointed out.

“It is registered in Singapore and in case of any dispute we need to approach the London Court of Arbitration,” he pointed out.

Citing the Supreme Court judgement that national assets and natural resources should not be given away at a throwaway price, Rao alleged that the terms of agreement were framed in such a way that they benefitted the Singapore-based company.